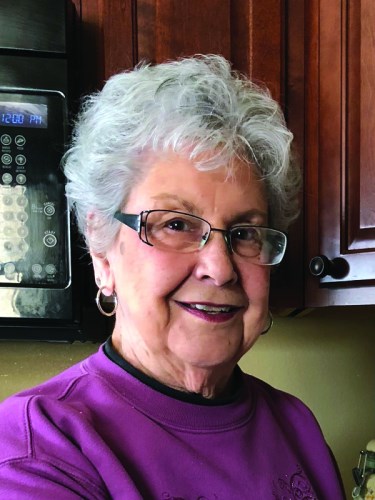 RAPID CITY |Myrna Lee Darnall, 86, passed away on Thursday, July 15, 2021, at her home. She was preceded in death by her parents, Paul and Mary Cecil; her sister, Dona Thatcher and by her husband Virgel Darnall. Those she leaves behind to cherish her memory are her children, Debbie (Vaughn) Sudrala, Jana Darnall, John (Wendy) Wright, Dave Darnall, and Karen (Steve) Darnall; her brothers, Robert (Bonnie) Cecil and Charles (Mary) Cecil; 7 grandchildren; 12 great grandchildren, and a host of nieces, nephews and dear friends.

Myrna was born on July 19, 1934, in Wessington Springs, South Dakota. As a teenager she was a carhop at the Snow White Drive-In. She graduated from Rapid City High School in 1952. Myrna served as a bank employee in many capacities and in several different states. No matter where Myrna lived, she was always connected to her church family and served God through her gift of music, having served as a church organist for over 60 years. Her service to Knollwood Heights United Methodist Church in Rapid City for the past 40 plus years has been a commitment of love.

On a blind date set up by a co-worker, Myrna met Virgel, to co-worker's brother. They hit it off and there was no turning back. The co-worker became Myrna's sister in law when Virgel and Myrna married on January 6, 1979. Their adventures over the next 30 years included lots of travel, garening, cooking, games, and a weekly fellowship (including a bit of mischief) with a beloved band of friends that became their own little "club." Beyond her faith most important to Myrna was her dear family. Birthday parties, dinners, celebrations, and family get togethers brought Myrna the greatest joy! She loved her family!

Myrna Lee Darnall....mother, wife, grandmother, great grandmother, sister, aunt, friend.....She has left a legacy of love and she will be greatly missed.

A private family celebration will be held at a later date. Memorials may be made to Knollwood Heights United Methodist Church or Monument Hospice. Her online guestbook is available at osheimschmidt.com.