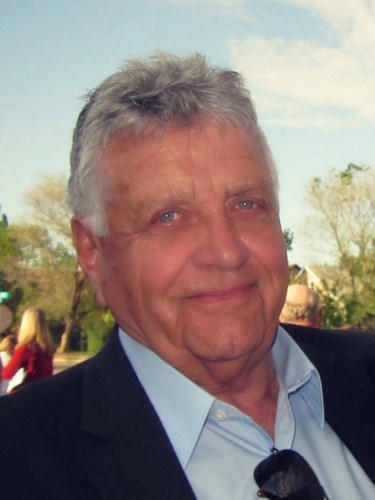 Robert was born Feb. 4, 1941 to Burton and Nora (Hoffert) Crawford in Wakonda, SD. At a young age he moved with his family to Rapid City and later to Wall, where he graduated from Quinn High School in 1959. In 1960, he entered the U.S. Navy. Robert was stationed and spent three years in Japan. Robert was honorably discharged from active duty in 1964. Robert married Gail Thoemke in 1976. To this union they were blessed with two sons, Douglas and Brian. In 2006, Robert met Bobby Heathershaw. They were married in 2007. They enjoyed 14 wonderful years together.

Robert spent his career in the trucking industry. He first did trucking locally in the Rapid City area. For many years, he owned and operated an 18-wheeler and did nation-wide long haul trucking. He retired as a U.S. Postal Service contract truck driver for Larson Trucking. Robert was a Lifetime Member of the VFW.

His favorite thing to do was going to Deadwood with his buddies, playing cards with family and friends, and spending winters in Palm Springs, CA, with Bobby. He enjoyed gardening, and cherished his 2005 Jag. He was the neighborhood grandpa to the Darrow and Donnelly kids, and loved attending Ryder, Sierra, and Cash's activities. He was a big boxing fan, having boxed as a boy. He treasured his family trinkets and Maple Street memories.

Robert was preceded in death by his son, Brian Crawford; his step-son Todd Heathershaw; his twin brother, Richard, on Aug. 28, 2020; his parents; his four other brothers; and his sister.

Visitation will be from noon to 1 p.m. on Friday, Jan. 8, with Celebration of Life service at 1 p.m. at Osheim & Schmidt Funeral Home, 2700 Jackson Blvd. Masks are recommended at the service. Burial will follow at Mt. View Cemetery.

To plant trees in memory, please visit our Sympathy Store.
Published by Rapid City Journal from Jan. 2 to Jan. 5, 2021.
MEMORIAL EVENTS
Jan
8
Visitation
12:00p.m. - 1:00p.m.
Osheim & Schmidt Funeral Home
2700 Jackson Boulevard, Rapid City, SD 57702
Jan
8
Celebration of Life
1:00p.m.
Osheim & Schmidt Funeral Home
2700 Jackson Boulevard, Rapid City, SD 57702
Funeral services provided by:
Osheim & Schmidt Funeral Home
GUEST BOOK
6 Entries
Ozzie & Bev Osheim and staff offer our sincere sympathy in the loss of your loved one.
Osheim & Schmidt Funeral Home
January 5, 2021
I'm so sorry for your loss Bobby. Robert was a beautiful soul.
Carla Crawford
January 4, 2021
Rod and I are so very sad to hear about Robert´s passing. Bobby, you have been through so much, and we offer you our heartfelt sympathy and prayers for strength. You have so many family and friends who love and care about you.
Rodney & Gloria Gunn
January 4, 2021
I worked a short time for you. I had only 1 boss later that almost measured up to you. You was a wonderful, caring & fun individual that I could call a friend. Life will be a little less fun & very somber without you!
Marilyn (Stearns) (Kane) Martin
January 4, 2021
Sympathy and prayers to all in the loss of Bob. His heartwarming smile and laughter will surely be missed.
Jerry and Vicki Henrichsen
January 3, 2021
We are so sorry for your loss, Bobby, Joe and families. I always enjoyed visiting with Bob.
Andy and Lola Duda
January 3, 2021