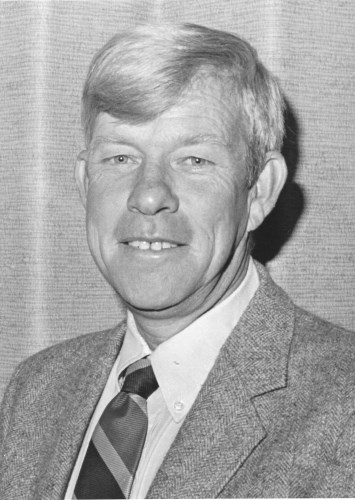 CHADRON | Ronald L. Burke joined his heavenly home on Thursday, July 8, 2021, from his home in Chadron.

Ron was born on Jan. 17, 1942 to Freda and Roy Burke in Sand Fork, West Virginia. He graduated from Sand Fork High School in 1959. He continued his education and received his bachelors and masters of arts degrees from West Virginia University. Ron then earned a Ph.D. in Agricultural Economics from the University of Minnesota.

Prior to moving to Chadron in 1987 Ron taught at Glenville State College in West Virginia and Montana State University in Bozeman. During his tenure at Chadron State College, he taught economics, finance, and various agriculture courses for 23 years.

Ron served on several committees and organizations. In 1991 he was recognized with the Nebraska State Board Teacher Excellence Award. One of his favorite assignments was student participation in the Stock Market Game and many students can still recall the "Definition of Economics." Although teaching was his main priority, it was the personal relationships with his students that he found truly rewarding.

While at the University of Minnesota he met his future bride, Mary Jane Johnson. They were united in marriage on June 14, 1969. Of this union three children were born, Andrew Dean, Robert Jason, and Melissa Fae. The most important part of his family were his wife, children and grandchildren, the loves of his life.

A memorial has been established and donations may be sent in care of Chamberlain Chapel, PO Box 970, Chadron, NE 69337.

Online condolences may be left at www.chamberlainchapel.com