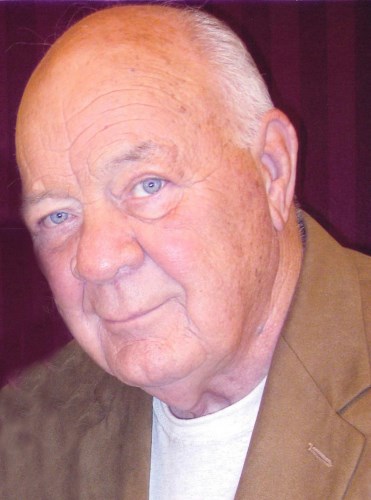 Stanley was born on Oct. 4, 1931 to George Vernon and Martha Christine (Kittelson) Peterson in Mitchell. He graduated from Mitchell High School.

Pete first joined the South Dakota National Guard on Feb. 20, 1947, while he was living in Mitchell. His first assignment was in Company B, 196th Infantry Regiment.

During his time serving in the South Dakota National Guard he also worked full time with Northwestern Bell Telephone Company. He began his 35-year career with NWB in Mitchell, eventually transferring to Sturgis and ultimately Rapid City.

Pete met the love of his life, Helen Mae Broeker while attending Mitchell High School. They were united in marriage on Nov. 12, 1949 in Mitchell. During their 71 years of marriage they shared a wonderful journey that created a family that he loved fiercely and each and everyone loved him just as much. He was a lifetime member of the Telephone Pioneers and a local VFW member.

Pete was a man that the minute you met him you never forgot him. He had a sweet mischievous grin, easy to have a conversation with and inevitably would crack a joke. He had a unique way of making everyone special.

Memorial services will be held at 1 p.m. on Friday, Feb. 26, at Kirk Funeral Home, with visitation one hour prior. Private family burial will follow at Black Hills National Cemetery near Sturgis.

An online guestbook may be signed at kirkfuneralhome.com

To plant trees in memory, please visit our Sympathy Store.
Published by Rapid City Journal from Feb. 18 to Feb. 20, 2021.
MEMORIAL EVENTS
Feb
26
Funeral service
12:00p.m. - 1:00p.m.
Kirk Funeral Home
1051 E Minnesota Street, Rapid City, South Dakota 57701
Feb
26
Memorial service
1:00p.m.
Kirk Funeral Home
1051 E Minnesota Street, Rapid City, South Dakota 57701
Funeral services provided by:
Kirk Funeral Home & Cremation Services
GUEST BOOK
3 Entries
My sincere sympathy to my friend, Christine, and The Peterson Family. May the cherished memories of your beloved hold you in a warm embrace during this time of great sorrow. He will be forever in your heart.
Kathy M. (O'Neil) Oberle
February 20, 2021
Enjoyed are time together at Cardiac Rehab. Prayers to all the family
Dennis & Carole Hudson
February 20, 2021
I´m so sorry about your loss. Stanley was a super guy with such a wonderful sense of humor. Our prayers and thoughts are with you at this sorrowful time. May the Lord help you all get through this sad time
Kathy (Reasor) Pillen
February 19, 2021