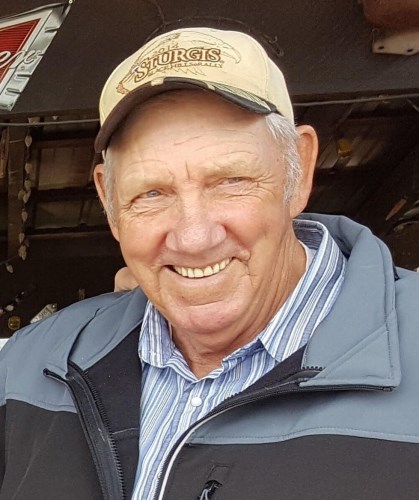 CUSTER | William 'Bill' Scott lost his battle with Covid-19 on Sunday, Nov. 8, 2020. He had been visited by his adult children while in the hospital in Spearfish.

Bill was born August 26, 1943, in Clemetson, MN, the son of the late Clarence and Nora Scott. He had three brothers who he cherished and loved immensely: Robert (Nancy) of Bonesteel, Henry (Rose) of Norfolk, NE, and Kenneth (LOLA) of Wisconsin.

Bill grew up on a farm outside of Baudette, MN, where he went to school and met his wife Kathryn (Forsyth) who he wedded on July 22, 1966. They would move to Nebraska with their daughter and add three more children to their family: Wanda Gibbs (Donald) of Boone, Iowa, Bill of Custer, Anita of Rapid City, and Bobbi Hindle (Craig) of Pringle. He is also survived by his 10 grandchildren and 13 great-grandchildren, which are all his Honorary pallbearers.

Bill cherished life and the people who had surrounded him. Bill loved to travel to see new places and meet new friends. He never stood still, he stayed active. He enjoyed woodworking, and building furniture and buildings. He always was available to help anyone who wanted it.

The Scott Family would like to share their thanks and appreciation to all the family and friends for all their kind words and gifts. We will be having a Celebration of Life for Bill this coming Summer of 2021, it will be announced at a later date.

Arrangements have been placed in the care of Chamberlain McColley's Funeral Home in Custer. Written condolences may be made at chamberlainmccolleys.com.

To plant trees in memory, please visit our Sympathy Store.
Published by Rapid City Journal on Nov. 14, 2020.
MEMORIAL EVENTS
No memorial events are currently scheduled.
To offer your sympathy during this difficult time, you can now have memorial trees planted in a National Forest in memory of your loved one.
Funeral services provided by:
McColley's Chapel - Custer - Custer
GUEST BOOK
1 Entry
I am sorry to hear of your loss. Please accept my condolences. May the love of friends and family comfort you through your grief. 2 Thes: 16,17.
D T
November 11, 2020