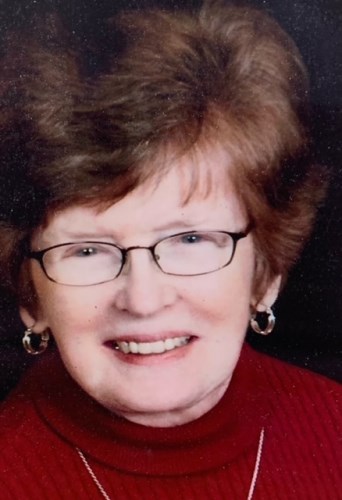 Winifred "Wini" Michael was born August 16, 1935 in Arlington, MA, to Winifred M. Cannon and Andrew Fallon Mackay. She spent her young life following her father, a Lieutenant Commander in the Coast Guard. They lived in Maine, Massachusetts, Louisiana, Florida and Maryland, and eventually settled in Rockport, MA. She graduated from Rockport High School in 1953 and Boston University with a degree in Business Administration in 1957.

She met Richard Michael, a young Air Force Sergeant, at a New Year's Eve Party, and they married later that year on Oct. 10, 1958. She continued her military travels with Richard to New Hampshire, England, upstate New York, Michigan, South Dakota and Long Island, NY. They made Rapid City their home in 1976. They had three daughters: Rita, Jill and Terri.

Wini had a life-long interest in dolls and miniatures. She was a collector and a member of the Black Hills Doll and Miniature Clubs. She owned and operated the Koala Tree Miniature shop at Ginny's Village for many years. Her second act began when she started working for the SD State Archeological Society. She took archeology classes and began going on archeological digs. She was very proud to be published in the Journal of the Plains Anthropological Society. Wini was a dedicated volunteer at the Journey Museum in Rapid City for many years.

She was preceded in death by her parents and her husband.

She is survived by her daughters, Rita (Steve) Hansen of Kingwood, TX, Jill (Russell) Moberg of Bloomington, IN, and Terri Michael of Rapid City; her grandchildren, Jared, Ryan and Alan McEntaffer, Matthew Moberg, and Zachary and Laurel Hansen; and her great-grandchildren, Dakota McEntaffer and Caroline Hansen.

Mass of Christian Burial will be held at 10 a.m. on Wednesday, March 3, at Blessed Sacrament Catholic Church, with Father Timothy Hoag officiating. Burial will follow at Black Hills National Cemetery near Sturgis.

Friends and family may sign her online guestbook and leave written condolences for the family at blackhillsfuneralhome.com.

To plant trees in memory, please visit our Sympathy Store.
Published by Rapid City Journal from Feb. 26 to Mar. 3, 2021.
MEMORIAL EVENTS
Mar
3
Mass of Christian Burial
10:00a.m.
Blessed Sacrament Catholic Church
Funeral services provided by:
Black Hills Funeral Home & Cremation Services
GUEST BOOK
Sponsored by Black Hills Funeral Home & Cremation Services.
2 Entries
So sorry to hear of Wini's passing. We think of her often and will always remember her as a truly wonderful friend. We have many great memories of her
Bertha Squires and family
March 1, 2021
Our blessings to your family, dear Wini, friend and Doll Club member of ours. We will miss your humor and good heart!!!
June M. Brown
February 26, 2021