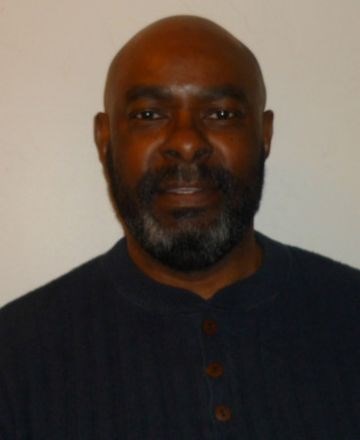 March 5, 1952 – May 22, 2021 Branson was born in Salisbury, MD. He grew up in Wilmington, DE. After a stint in the Marines and then the Army, he joined the Job Corps and was sent to Moses Lake, WA. His love of Washington kept him there as he attended first Big Bend Community College in Moses Lake and then Eastern Washington University in Cheney, WA where he received his Bachelors Degree in Sociology and Criminal Justice. After his graduation from EWU, he went to work for the Spokane County Sheriff's Department. He married the love of his life, Mary Heidt, as we used to joke, on that other romantic day in February, Ground Hog's Day in 1997. After Mary's retirement from EWU, he asked her what she wanted to do now. She said, move back to her home state of Montana. Ever the adventurer, he agreed, and they moved to Corvallis, MT in 2010. After nine years in Corvallis, they moved to a condo in Hamilton where he passed away after a long illness. Branson was preceded in death by his parents Franklin and Lola Dorsey, brothers David Redden, James Redden, Frankie Dorsey and sister Mary Dorsey. He is survived by his loving wife and best friend of 24 years, Mary, sister Earlene Dorsey, Wilmington, DE and brother Roland Dorsey, Newark, DE. Cremation has taken place and urn placement along with military honors will be held at a later date. Condolences may be left for the family at www.dalyleachchapel.com.

Published by Ravalli Republic on May 26, 2021.
To plant trees in memory, please visit our Sympathy Store.
MEMORIAL EVENTS
To offer your sympathy during this difficult time, you can now have memorial trees planted in a National Forest in memory of your loved one.
Funeral services provided by:
Daly-Leach Memorial Chapel
MAKE A DONATION
MEMORIES & CONDOLENCES
Sponsored by Daly-Leach Memorial Chapel.
2 Entries
So sorry for your loss. Branson and Mary were neighbors to us in Cheney WA and we always enjoyed them. The way he spoke about Mary was truly heartwarming. Our son who is disabled was very young at the time and Branson always went out of his way to acknowledged and tried to engage with him which we really appreciated. We wish family and friends peace during this time.
Barbara, Paul and Chase Baines
Other
July 5, 2021
I met Branson in 1985, when I signed on with the Spokane Sheriff Department as a corrections officer. He was one of the first staff I met...fortunately...as he was a stabilizing influence as I entered a totally different work environment. We worked many late-night shifts together on the second floor of the "old" jail...and I remember our many in-depth
conversations during the long night hours.
In that setting...I had to know who I could trust and depend upon when
"difficult" situations arose. Branson was there...every time.
I retired from the department in 2006...each of us having gone our separate ways. I remember "Dorsey" well...and hope that he rests in peace.
Jerry Ring
Coworker
May 26, 2021
Showing 1 - 2 of 2 results