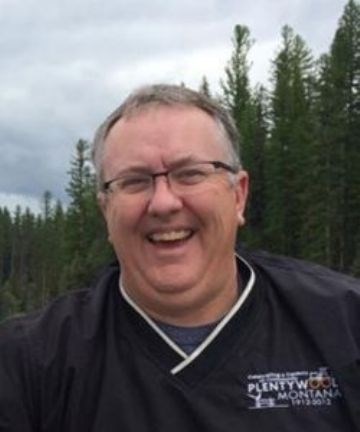 HAMILTON - It is heartbreaking to announce James Zachary Cheetham passed away on November 17, 2021, surrounded by his loved ones in Salt Lake. Zach was a fighter, but God had other plans for him.

Born the 26th of July 1968 in Plentywood Montana. He grew up on the family ranch in Redstone Montana. This is where he learned his ethics, honesty, integrity and his problem-solving skills all took root. He was quite the "MacGyver" and could figure out how to do or fix anything. He loved fast cars, especially his Dodge Challenger…the one that got away. Zach entered the US Air Force after high school and was stationed at Davis Monthan in Tucson Arizona, where his specialty was the A-10 Warthog. He continued his service in the Air National Guard in Great Falls. Zach's love of flying began when he was young and continued until he earned his pilots license and eventually his own plane, the Blue Duck.

Zach attended the Montana State University working part-time for a cabinet builder. After moving to Hamilton, he continued honing his carpentry skills at Specialty Woodworks. In 2006, Zach met Nicole and became the dad of two little boys. He was a dreamer and started his own business, Bitterroot Frames and Gallery. Together Zach and Nicole became a part of the art world through their business.

Zach was a man of character, class and a gentle soul. He leaves behind his wife and best friend, Nicole; his two sons, Jeremy and Zachery; parents, Tom and Judy; brothers, Sam (Betty) and Carl (Melissa); many nieces and nephews and extended family.

Services are being held Saturday, November 27, 2021 at 11, at the Assembly of God church in Hamilton. Condolences may be left for the family at www.dalyleachchapel.com

Published by Ravalli Republic on Nov. 24, 2021.
To plant trees in memory, please visit the Sympathy Store.
MEMORIAL EVENTS
To offer your sympathy during this difficult time, you can now have memorial trees planted in a National Forest in memory of your loved one.
Funeral services provided by:
Daly-Leach Memorial Chapel
MAKE A DONATION
MEMORIES & CONDOLENCES
Sponsored by Daly-Leach Memorial Chapel.
1 Entry
Wow Condolances to you all. Really nice guy. RIP Zach
Tracy Wood
November 24, 2021
Showing 1 - 1 of 1 results