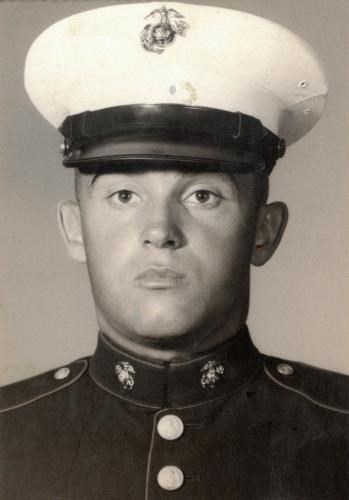 Hamilton – Monty Jay Wilson, 74 of Hamilton passed away Saturday, May 15, 2021 at his home in Hamilton with his family by his side. He was born May 7th, 1947 in Hamilton and was the son of the late Thomas Hendrickson and George and Shirley (Mom) Wilson. He was preceded in death by his brothers, George Terry Wilson and Jerry Hendrickson. After graduation, Monty went into the Marine Corps and served in the Vietnam War. He was proud of his unit and honored to serve his country. Upon returning home from the war, he met and married Lisa Vallance. The couple resided in California and Hamilton, they later divorced. He met Kathy DiNapoli and they were married in Long Island, NY where they lived most of his life. Monty was a member of the American Legion. His passion was car racing when he was young. While living in New York he loved to go sailing, he missed it when he moved back to Montana. He soon replaced sailing with Classic Cars and Car Shows. He loved to buy and sell them. Another passion was traveling, Monty had a job as a photographer for a car magazine, so he got to see a lot of country. Monty always made a point to go back to California and see his lifelong friend, Bob Berry. In late fall, he would load up his motor home and spend the winter in Lake Havasu. He made lots of friends there and he would talk about them all, but especially Andy. Monty was very social and a people person. He will be missed so much, especially by his family and friends. Monty is survived by his children, Chad Wilson, April Rothschild, Kim Martinez and Eric Wilson; his sisters, Sandra (Don) Dunbar, Valarie (David) Thrailkill, Arlis (Doug) Hendrickson, Lynn Hendrickson, Lamoine Hendrickson, Christa Baguas and Laurie (late Terry) Hendrickson; brothers, R.T. (Stephanie) Hendrickson, Shane (Shelly) Hendrickson, Wade (Lisa) Hendrickson and Cheyene Hendrickson; five grandchildren; numerous nieces and nephews. A graveside service will be held at 11:00 a.m. June 11, 2021 at the Corvallis Cemetery with Pastor Matt Leopold officiating. Military honors will be presented by the US Marine Corps and the Corvallis American Legion. Condolences may be left for the family at www.dalyleachchapel.com