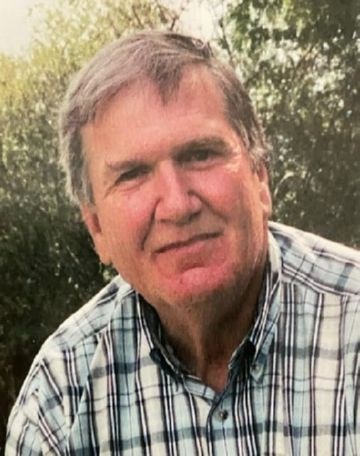 His first job was for the State of Idaho on a lookout near Priest Lake. He started with the Forest Service in fire control and became a smokejumper out of Missoula.

During his Forest Service career, he worked at the Northern Forest Fire Lab, on the Lolo and Bitterroot National Forests, and Regional Offices in Missoula and San Francisco. He transferred to the Washington Office, Washington D.C. in 1988, retiring in 1996 and returning to Missoula in 1999.

He married Donna Vallance in 1974. They shared 47 years together with many adventures and laughs with friends and family. He loved river rafting and guiding on numerous rivers in the west. Other favorites were camping, traveling, coaching, playing softball, and gardening. He enjoyed entertaining the family kids with fun games of chance, often losing several dollars. Bill was an avid Griz fan.

Bill is survived by his wife Donna, sons JD (Julie), Pat (Jennifer) and Robert, 9 grandchildren, and 6 great grandchildren, and sister Barbara Moore (Jim). He was preceded in death by his parents, brother Robert, and stepmother Millie Watts Gastineau.

The family would like to thank Partners in Home Care Hospice and Edgewood Vista Memory Care for the outstanding care given to Bill.

At Bill's request, no services are planned. Memorials may be sent to St. Jude Children's Research Hospital, 262 Danny Thomas Place, Memphis, TN 38105 or Meals on Wheels, 337 Stephens Ave, Missoula, MT 59801. Condolences may be left for the family at www.dalyleachchapel.com.

To plant trees in memory, please visit our Sympathy Store.
Published by Ravalli Republic on Jun. 23, 2021.
MEMORIAL EVENTS
No memorial events are currently scheduled.
To offer your sympathy during this difficult time, you can now have memorial trees planted in a National Forest in memory of your loved one.
Funeral services provided by:
Daly-Leach Memorial Chapel
MAKE A DONATION
Please consider a donation as requested by the family.
MEMORIES & CONDOLENCES
Sponsored by Daly-Leach Memorial Chapel.
0 Entries
Be the first to post a memory or condolences.