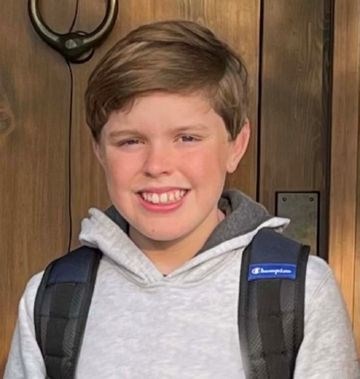 William grew up living the life of an Army brat for his first 5 years travelling from North Carolina to Georgia and to Colorado until he arrived in his favorite place to live, Montana. He initially went to school in Hamilton, having great experiences along the way, and later moved to the Corvallis School System where he thrived. He thoroughly enjoyed school and all his teachers. William excelled in all his studies including the Gifted and Talented Program, advanced/honors math and, also, as the National Geographic Geography Bee Champion and as the State Champion in Science Olympiad in his event. He made incredible friends at school and loved each and every one of them. He loved all sports and played baseball, basketball and ran cross country for Corvallis middle school for a few years until he was old enough to play tackle football for the Corvallis 7th Grade football team. On weekends, he could be found skiing in the All-Mountain Program at Lost trail and with is family. He was an avid fly fisherman and spent many days in the spring and summer competing with his sisters and parents on who could catch the biggest and the most fish. Hunting, hiking, and adventuring were regular past-times pursued at every opportunity. He aspired to be an Aerospace Engineer. William was a voracious reader of all subjects and his quest for knowledge often led him in self-directed study of all things science. He finally knows all the answers to all the questions he could ever ask.

William willingly lived a life of service to others, whether it was taking care of his sisters and baby brother, being part of a military family, scouts, church group or playing with his friends. He was selfless and generous to all. His final selfless act was to donate his organs to children in dire need so that others may live. He was the epitome of courage, honesty, loyalty, honor, selflessness, compassion and generosity and he is a superhero to his family and friends. His life lives on in others.

William is survived by his parents, Kerryellen and Bob; his three sisters, Catherine, Kelly and Abaigeal; his brother, Thomas; his grandmother Terry; his grandfather Gene; his Aunts, Laurie, Amy and Jenny and his uncles Keegan, Owen, Eric and Tom and many cousins and relatives.

William is greeted by his grandparents, William Louis Hart and Catherine Cosgrove Meacham, and his cousin, Joshua, and his Lord God and Savior Jesus Christ.

A Funeral Mass will be held, Saturday, September 18, 2021 at 11:00 at St. Francis Catholic Church, Hamilton with Reverend James Connor officiating. A light reception at the Pastoral Life Center will follow the mass. A family interment ceremony will take place following. Condolences may be left for the family at www.dalyleachchapel.com

The family requests any memorials be made to the Logan Health Foundation, Children's Fund, In honor of William Louis Hart, 310 Sunnyview Lane, Kallispell, Montana 59901 or on website: https://support.logan.org/give/340911/#!/donation/checkout

Published by Ravalli Republic on Sep. 15, 2021.
To plant trees in memory, please visit the Sympathy Store.
MEMORIAL EVENTS
Sep
17
Visitation
5:00p.m. - 7:00p.m.
Daly - Leach Chapel (Hamilton)
Sep
18
Mass of Christian Burial
11:00a.m.
St. Francis Catholic Church (Hamilton)
Funeral services provided by:
Daly-Leach Memorial Chapel
MAKE A DONATION
MEMORIES & CONDOLENCES
Sponsored by Daly-Leach Memorial Chapel.
2 Entries
This spirited boy entered the classroom with piles of books he'd read over the weekend. He'd then charge his Chromebook and put his whole self in to whatever the topic was--or get some reading in;))) He hatched ideas with his buds, laughed a lot, and carried a wisdom beyond his years--an old soul. He and Tanner convinced a team of admin and teachers to improve the basketball courts--not only did they fill in the cracks, but they ended up sealing it because of their convincing argument--in writing and their delivery (and cool animation). His kindness, spark, quick wit, and listening eyes inspired this teacher every day. My heart is breaking for the beautiful Hart family. I am so grateful to have been and still be impacted by William's light.
Kate Naughter
School
September 17, 2021
May your hearts soon be filled with wonderful memories of joyful times together as you celebrate a life well lived.
Samuel Frazier
September 16, 2021
Showing 1 - 2 of 2 results