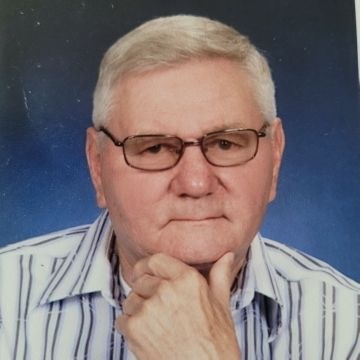 William "Bill" Alan Stevens, 83, beloved husband, father and "Bumpa" to his grandchildren and greatgrandchildren passed away on October 11, 2021 in Eureka, MT. Bill was born on March 28th, 1938 in Eureka to parents Ruby and Jack Stevens. Bill graduated from Lincoln County High School in Eureka in 1956 and went on to earn his Industrial Arts degree from Western Montana College in Dillon. Bill met the love of his life, Elizabeth "Liz" Himmesoete in Eureka and eventually they married in 1956. They were both teachers, offering them opportunities to educate in Oregon, Stevensville, Darby and eventually Hamilton, MT.

Bill was very talented which enabled him to enjoy many professions. Early in his career teaching at the Trapper Creek Job Corp Center, he was proud to bring many corpsmen into his home where they were always treated like family and learned what life was like on a small farm. Harvesting his select Douglas Fir Christmas trees in the fall from his Therriault Creek property southeast of Eureka was something he looked forward to every year, selling to wholesale buyers and in Hamilton for many years at "Bill's Christmas Tree Lot".

His father Jack crafted a "D-log" planer which led Bill to venture into the ownership of Lincoln Homes & Lodges in 1971. The logs were milled and planed in Eureka then Bill would transport them to the jobsites where he constructed beautiful log homes, cabins, and businesses, notably The Coffee Cup Cafe in Hamilton. Bill and his family enjoyed many amazing years working together in the Bitterroot Valley and other unforgettable areas such as Polebridge, Flathead Lake, and Yellowstone.

1978 brought on yet another new adventure when he and Liz purchased The Loose Caboose Pizza and Steakhouse in Hamilton. Bill's hobby trout farm supplied many a scrumptious dinner at the restaurant. An incredibly gifted artist, Bill's paintings adorn many walls of family and friends. As a master craftsman in woodworking, he built numerous tables, clocks, and bird houses, and was especially known for his work on a lathe where he turned hundreds of beautiful wooden bowls of all sizes.

Bill was very passionate about his work and family. He had a very witty sense of humor and could hold the ear of many with his funny stories and jokes. He was loved and admired by many. Bill was an avid outdoorsman and enjoyed treating family and friends to many camping, hunting, and fishing expeditions.

Upon retirement, Bill and Liz moved to Polson where they spent countless hours enjoying Flathead Lake, competing for perch and lake trout honors. As always, they opened their home to family and friends and would treat them to delicious home cooked meals and joyous hospitality. Bill masterfully filleted fish and loved nothing more than to cook up a mess of perch for breakfast.

Bumpa dearly loved his grandchildren. He and Liz treasured their travels in their motorhome, oftentimes with their grandchildren on board for another amazing life experience. Singing and telling endless dad jokes, he led them on many excursions. Later, they spent many winters at their part-time home in Arizona enjoying more friends, family, and fun times.

The Stevens family would like to extend their gratitude and respect to Jim and his care givers at the Tobacco Road House for the unparalleled care Bill received during the last four years.

Arrangements are under the care of Schnackenberg Funeral Home. A Celebration Of Life is planned for the spring of 2022 at Grandpa's Pond in Eureka.

Published by Ravalli Republic on Nov. 26, 2021.
To plant trees in memory, please visit the Sympathy Store.
MEMORIAL EVENTS
To offer your sympathy during this difficult time, you can now have memorial trees planted in a National Forest in memory of your loved one.
Funeral services provided by:
Schnackenberg & Nelson Funeral Home
MAKE A DONATION
MEMORIES & CONDOLENCES
Sponsored by Schnackenberg & Nelson Funeral Home.
2 Entries
Mrs. Stevens and family... You are in my thoughts and prayers.
LaDona Yerian
Other
November 26, 2021
RIP Bill. Condolances to Liz, Patti, Johnny and Patti and Sandi. Always enjoyed a cocktail after bowling with you.
Tracy Wood
Friend
November 26, 2021
Showing 1 - 2 of 2 results