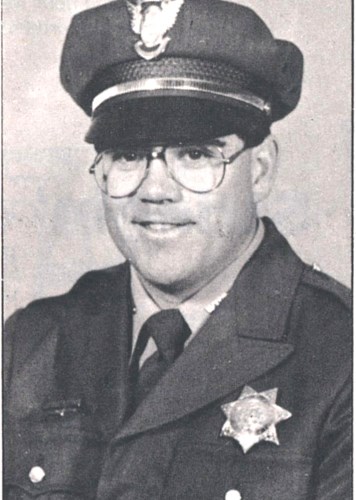 Tony attended St. Joseph's school and graduated from Rawlins High School in 1977. In 1978, he graduated with a degree in Diesel Mechanics from Wyoming Technical Institute in Laramie. Tony joined WYDOT as a diesel mechanic in Rawlins, right out of WyoTech and worked there for eight and a half years.

In November of 1986, Tony graduated from the Wyoming Law Enforcement Academy and Highway Patrol Recruit Training. In December, Pat 51 arrived in Pinedale, where he served the citizens of Wyoming for his entire law enforcement career. In July of 2005, he was promoted to a Motor Carrier Position in Division K. Tony served as the firearm instructor for Division K. He retired on August 11, 2009. Tony completed his work career as a seasonal employee for WYDOT, plowing snow in Sublette County.

On May 18, 2010, he married his sweetheart, Rhonda DeVille, in Deadwood, South Dakota. In 2015, Tony and Rhonda moved to Hot Springs, Arkansas.

During his career, in addition to patrolling the highways of western Wyoming and performing motor carrier duties, Tony received recognition for his assistance with Presidential visits in the area, and assistance with apprehending murder suspects in homicide cases. In 1989, he received the Director's Commendation and Governor's Certificate of Appreciation for his significant contribution to the apprehension of Charles Frank Jordan, a highly publicized fugitive agent, wanted by the U.S. Customs Service. In 2008, Tony was recognized by the Wyoming Highway Patrol and awarded the elite Top Trooper Award for Commercial Vehicle Level I Inspector.

Tony is survived by his wife Rhonda, his sister Darsee, his brother Chris, and nephews, Austin Fagnant and CJ Truesdale. He is preceded in death by his parents.

A memorial will be held in Wyoming at a later date.

Published by Rawlins Times from Sep. 1 to Sep. 2, 2021.
To plant trees in memory, please visit the Sympathy Store.
MEMORIAL EVENTS
To offer your sympathy during this difficult time, you can now have memorial trees planted in a National Forest in memory of your loved one.
MAKE A DONATION
MEMORIES & CONDOLENCES
0 Entries
Be the first to post a memory or condolences.