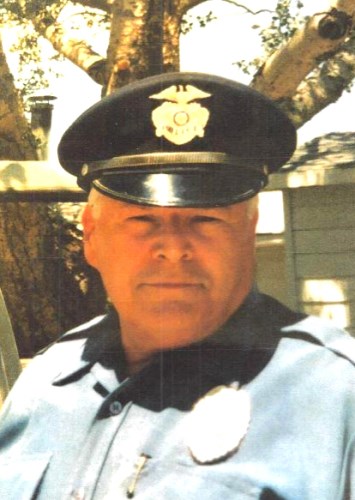 Living in Illinois Tony worked in law enforcement and construction, but he always dreamed of moving to Wyoming to hunt and fish. He moved his family to Rawlins in 1975, where he started his construction business. His construction legacy is the multiple homes he constructed in Rawlins and Jeffrey City, in addition to commercial work throughout Carbon, Fremont and Sweetwater counties. In 1985 Tony moved to Bairoil to serve the town as part time officer which later transitioned into the Chief of Police position (serving a total of 26 years and retiring in 2011). He also served collateral duties as maintenance man, certified water/sewer administrator, and part time Sweetwater County deputy. In the mid-1990's he served as a part time police officer for the town of Superior, Wyoming. Tony was instrumental in establishing the Sweetwater County Solid Waste District #2 in 1993 and served as a board member for 15 years.

One of Tony's passions was that of hockey. He played on leagues in Illinois, skated on whatever ponds he could find and taught all his kids to skate. In Rawlins he volunteered as coach of the Rawlins Raptors junior hockey league and made sure the kids in Bairoil had a place to skate. Going on to play in the Wyoming Games and several hockey leagues he finally retired his skates in his late 70's. Another skill he mastered was that of shooting sports winning numerous awards starting in 1964. One we are most proud of is his WLEA "Peace Officer Basic 86-02 in recognition of excellence as the top shooter". Tony was a perpetual student of written history and often spent time writing memoirs and stories. Many of the family's memories revolve not only around Tony's sense of humor and story telling, but of his integrity, honesty, and hard work ethics.

Memorial services will be held later in Spring/Summer 2021 due to the current Covid situation. In lieu of flowers, memorial donations may be made to the Tony Rigano Memorial Fund at the Bank of Commerce (Rawlins, Wyoming). Jacoby Funeral Home is in charge of arrangements. Tributes and condolences may be offered online at www.jacobycares.com
Published by Rawlins Times from Jun. 5 to Jun. 6, 2021.
To plant trees in memory, please visit the Sympathy Store.
MEMORIAL EVENTS
To offer your sympathy during this difficult time, you can now have memorial trees planted in a National Forest in memory of your loved one.
Funeral services provided by:
Jacoby Funeral Home - Rawlins
MAKE A DONATION
MEMORIES & CONDOLENCES
Sponsored by Jacoby Funeral Home - Rawlins.
0 Entries
Be the first to post a memory or condolences.