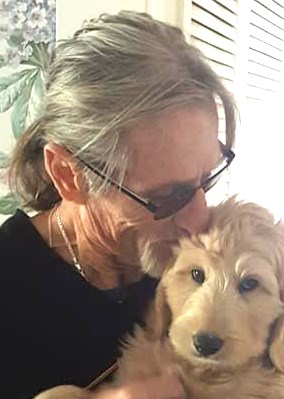 BORN
1945
DIED
2021
FUNERAL HOME
Palm Downtown Mortuary and Cemetery
1325 North Main St
Las Vegas, NV
Daryl Firestone 1945- 2021 Daryl Ray Firestone passed away on April 9, 2021 after complications from a fall. He was born June 8, 1945 and raised in Rawlins and Jackson, WY. After living in Denver following graduation, Daryl served his country during the Vietnam war in the U.S. Army's 11th Armored Cavalry (Black Horse Regiment), earning numerous medals including the Purple Heart. Happy memories included time spent in Jackson, WY; being an altar boy; summers with cousins; hiking through Europe with Ruthie and Susan; working and living on the Adams ranch outside Steamboat Springs; having the courage to deal with his alcoholism and PTSD then staying sober for the rest of his life; buying a bicycle that he used to travel around and live on Maui, then the Galapagos Islands; eventually traveling to Machu Piccu and throughout Central and South America still using his bicycle as primary transportation; all while finding time to work for (and retire from) the Union Pacific Railroad as a conductor/brakeman stationed out of Rawlins, and eventually Cheyenne, WY.

Daryl was a private man (Sasquatch existed!) who loved to make people laugh. You would find him tinkering and creating; he was hardworking, generous, artistic, thoughtful, open-minded, and always willing to try something new especially if it came to open roads and fast cars or motorcycles. This humble man had daily conversations with God, and they continue now, face to face. He was singularly one of a kind, which make his compliments, salty language, brutal honesty, kindness, loyalty and love greatly missed.

Daryl is survived by his wife, Linda, dog, Shadow, aunts, and uncles (Margaret (Peg) Decker of Lakewood, CO, Bonnie Maynard of Raymore, MO, Mabel Alice and Normand Paradis of Denver, CO, and James Firestone of Casper, WY), daughter, Debra, brothers Jim and Robert, along with numerous sisters and brothers-in-law, nieces and nephews, cousins, and many, many friends. He was the third son of Henry and June Firestone, grandson of Winfield and Mabel (Rasmusson) Firestone, and great-grandson of Hans and Sara Rasmusson.

To those friends and family members reading about this for the first time I am terribly sorry that I was not able to get in touch with you prior to this.

If lieu of flowers, please donate to the Gary Sinise Foundation or the charity of your choice.

Please join us for the memorial service to be held at the graveside in the Rawlins Cemetery on June 25 at 11:00 am.
Published by Rawlins Times from May 8 to May 9, 2021.
To plant trees in memory, please visit the Sympathy Store.
MEMORIAL EVENTS
Jun
25
Memorial service
11:00a.m.
Rawlins Cemetery
Rawlins, WY
Funeral services provided by:
Palm Downtown Mortuary and Cemetery
MAKE A DONATION
Please consider a donation as requested by the family.
MEMORIES & CONDOLENCES
Sponsored by Palm Downtown Mortuary and Cemetery.
1 Entry
o Our sincere condolences to the family and friends of Daryl Firestone. His fellow troopers of the 11th Armored Cavalry´s Veterans of Vietnam and Cambodia, salute our fallen brother. Daryl served courageously with the Air Cav Troop of the Regiment in 1968, and it was our privilege to have him in the ranks of the Legendary Blackhorse Regiment. Our loss is that of another brother down and we will continue to honor his memory at our gatherings and at our annual reunion. He was an exemplary soldier. His name will be listed on the roll of our honored dead and in our newsletter, Thunder Run. But as our Burial Liturgy clearly states: "life has not ended, merely changed" and Darly´s soul continues on an endless path. As we were together then (in Vietnam), we will be together again in the life hereafter, comfortably enfolded in the loving arms of our Merciful Father. o Chaplain Blandin W. Karabinos, 11th ACVVC (Vietnam 71-72)
Blandin Karabinos
Other
May 26, 2021
Showing 1 - 1 of 1 results