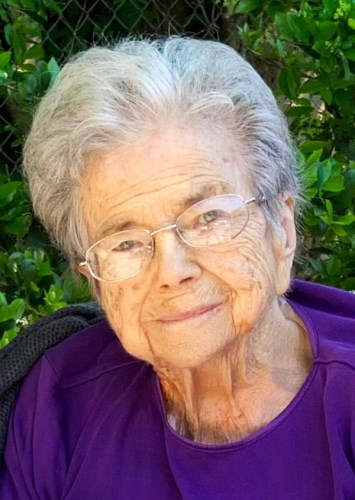 January 17, 1933 to William and Marie Sabol in Chester, PA where she grew up and attended Notre

Dame Catholic High School. After graduation, she worked as a lab technician at Sinclair Oil Refinery

where she met her future husband, Gerald (Jerry) Fritz, at a company picnic while he was on leave

from the Army while stationed in Fairbanks, AK. This led to a flurry of letter exchanges until his

discharge and their eventual marriage on August 25, 1956 at Resurrection Catholic Church. Rita

and Jerry lived in Morton, PA where their four children were born - Eric, David, Stephen and

Suzanne. In 1969, Jerry was transferred to Sinclair's Wyoming refinery and they moved to Rawlins,

WY. Rita was up for the adventure and willing to adapt to the outdoorsman life that Jerry enjoyed

with gusto and she became quite the fisherwoman. While raising their four children in Wyoming,

Rita was very involved in many church activities including the annual chili suppers, Christmas

became a member of PEO, learned to golf where she became involved in the Ladies Golf Association

In 1986, a job opportunity arose for Jerry to return to his old stomping grounds in Fairbanks, AK

and a new adventure began for Rita. While in Alaska she made many friends, enjoyed light-filled

retired in 1992 and they moved to Tellico Village in Tennessee. The treasure of friends they made

there is endless and Rita once again became active in the local Catholic Church, St. Thomas. In

retirement, they enjoyed golf, bridge groups and travel, along with many family visitors they hosted

in their beautiful home. In 2019, Rita and Jerry moved to Cypress, TX to be close to family. Rita will

always be remembered for her extraordinary cross-stitch, homemade knitting and crocheting

projects and her delicious cooking. Rita was kind, generous, loving, hard-working and a wonderful

wife, mother, grandmother and great-grandmother who will be cherished and greatly missed.

numerous great-grandchildren, nieces and nephews. Rita is preceded in death by her parents

required. For those unable to attend in person, the Mass can be seen via live stream at

In lieu of flowers, please consider a donation made to the P.E.O. Program for Continuing Education

in memory of Rita Fritz, Chapter AX\TN: https://donations.peointernational.org/peo-donation-pce
Published by Rawlins Times from May 22 to May 23, 2021.
To plant trees in memory, please visit the Sympathy Store.
MEMORIAL EVENTS
May
27
Funeral Mass
11:00a.m.
Christ the Redeemer Catholic Church
11507 Huffmeister Road, Houston, TX
May
27
Funeral Mass
11:00a.m.
For those unable to attend in person, the Mass can be seen via live stream at https://youtu.be/l1jxofaidFk
WY
MAKE A DONATION
MEMORIES & CONDOLENCES
0 Entries
Be the first to post a memory or condolences.