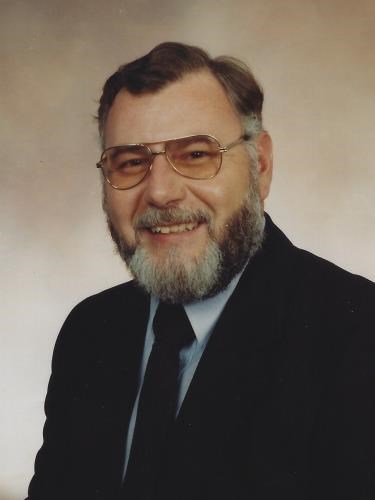 ABOUT
Pottsgrove High School
FUNERAL HOME
Morrell Funeral Home
124 West Philadelphia Avenue
Boyertown, PA
Robert C. Orlando, 74, of New Berlinville, passed away at his home on Thursday, September 23, 2021. He was predeceased by Mabel Nester, his companion of 43 years. Born in Pottstown, Robert was the son of the late Charles Jr. and Erma (Selagy) Orlando. Bob was a graduate of Pottsgrove High School and went on to work as a welder for Dana Corporation, retiring in 1999. He then went on to start his own business, R. C. Orlando Excavating after his retirement. He most recently was working for Colebrookdale Township doing snow removal and mowing for Calm Valley Landscaping. He also did various jobs for Beekman Orchard. Robert was a member of St. Aloysius Roman Catholic Church in Pottstown. He was also a member of The NRA as well as a Rajah Shriner. Bob enjoyed hunting, fishing and was an active shooter. He was also on the board of directors for Diamond Credit Union for several years. Robert is survived by one sister, Charlotte Hildenbrand, wife of Stanley, as well as two nieces: Jennifer and Jessica. He is also survived by a great niece; Tiffany as well as a great- great niece; Mackenzie and two great – great nephews; Aidan and Remington. Robert is also survived by three stepsons: Terry Nester, husband of Dawn, Mike Nester, fiancé of Susan Kubovsak, and Daniel Nester, husband of Sherry as well as four stepdaughters: Debra, wife of Richard Kline, Barbara Nester, Vicki, wife of Timothy Becker, and Sheila Nester, companion of John Walker. Bob is survived by fourteen step grandchildren as well as twenty-two step great grandchildren and one step great-great grandchild. Services will be private at the request of the family. Morrell Funeral Home is in charge of the arrangements. (www.morrellfuneralhome.com)
Published by Reading Eagle from Sep. 30 to Oct. 1, 2021.
To plant trees in memory, please visit the Sympathy Store.
MEMORIAL EVENTS
To offer your sympathy during this difficult time, you can now have memorial trees planted in a National Forest in memory of your loved one.
Funeral services provided by:
Morrell Funeral Home
MAKE A DONATION
MEMORIES & CONDOLENCES
Sponsored by Morrell Funeral Home.
0 Entries
Be the first to post a memory or condolences.