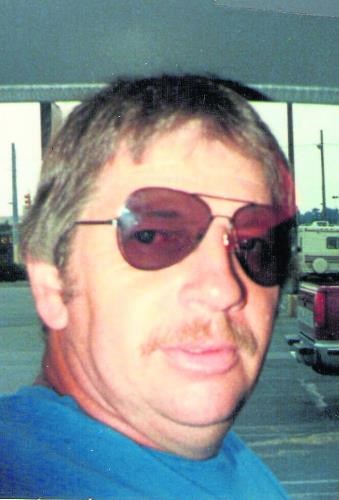 ABOUT
Kutztown Area High School
FUNERAL HOME
Ludwick Funeral Homes
333 Greenwich Street
Kutztown, PA
Sterling C. Christman Sterling C. Christman, 73, of Virginville, passed away unexpectedly on Thursday, December 31, 2020 in Lehigh Valley Hospital, Salisbury Township. He was the longtime companion of Nancy Kehris with whom he resided. Born on the family farm in Greenwich Township, Sterling was a son of the late Carl E. and Evelyn F. (George) Christman and was a 1965 graduate of Kutztown Area High School. Sterling was employed as a truck driver for East Penn Manufacturing Co., Inc., Lyons for 10 years until his retirement. Prior to that, he was employed by the former Stroh Brewing Company, Fogelsville, for 27 years. He also worked on the family farm all his life and took great pride in doing so. Sterling was an avid hunter and loved to be outdoors. He enjoyed spending Saturday mornings at Renninger’s Famers Market in Kutztown with his sons and taking care of his four-leged companion, Sasha. In addition to his companion of over 30 years, Nancy, Sterling is survived by his two sons, Jody A. Christman, fiancé of Tammy Waite, Orwigsburg and Kevin S. Christman, Fleetwood; and his four grandchildren, Sean, Ian, Katlyn and Kiera. In addition to his parents, Sterling was predeceased by his brother, Carl W. Christman in 2015 and an infant sister. A funeral service and burial in Zion Maxatawny Union Cemetery will be held privately by his family. Ludwick Funeral Homes, Inc., Kutztown, PA is in charge of arrangements. Memories and condolences may be shared at www.Ludwickfh.com.
Published by Reading Eagle from Jan. 2 to Jan. 3, 2021.
To plant trees in memory, please visit the Sympathy Store.
MEMORIAL EVENTS
To offer your sympathy during this difficult time, you can now have memorial trees planted in a National Forest in memory of your loved one.
Funeral services provided by:
Ludwick Funeral Homes
MAKE A DONATION
MEMORIES & CONDOLENCES
Sponsored by Ludwick Funeral Homes.
2 Entries
Sorry to read about Sterling's passing. I lived near the farm where he and his brother Carl grew up. Those were sure different times I'll never forget. RIP
larry miller
Acquaintance
January 10, 2021
May God bless you and your family in this time of sorrow.
Keith M. Krick
Family
January 2, 2021
Showing 1 - 2 of 2 results