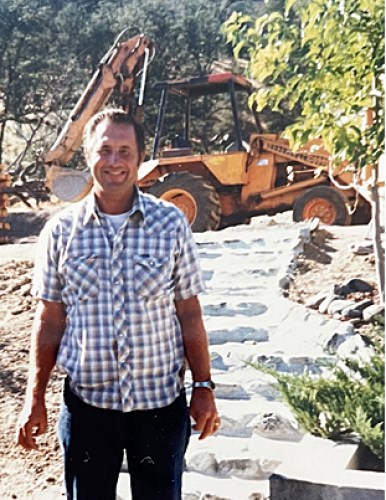 
On Tuesday, August 10, 2021, Charles "Jake" Rose, loving husband, father of three, grandfather of four and great grandfather of three, passed away peacefully at home in Lakeport, California.
Jake was born in 1943 at Mangum, Oklahoma, to Emmit and Evelyn Rose, the youngest of seven children. He married Martha Terry in 1961. They were happily married just shy of 60 years at his passing. He enlisted in the Army National Guard after they were married and worked at his father's plumbing business.
In 1965 Jake moved his family to Clearlake Oaks, California, and began working as a plumber for A.C. Ward and Vic Lamperti. He joined the Operating Engineers Local No. 3 in 1967. He truly loved his job as a heavy equipment operator, working all over Lake County, traveling to jobs in various areas of California and occasionally different states.
After retiring in 1989 he took up wood working as a hobby and built treasured pieces of furniture for his family. Jake was an excellent welder as well, a skill he picked up working in a welding shop when he was 15 years old.
Jake was a quiet, unassuming, peaceful, kind, detail oriented, and disciplined man that was the rock that his family could always count on. He will be forever missed!
He is survived by his wife, Martha Rose; children, Peggy (Craig) Butcher, Charles Junior, and Cynthia Carr; grandchildren, Bryce (Kristin)
Butcher, Taylor Rose, Briana (Jason) Edwards,
Katelyn Bean; and great grandchildren, Jayden and
Layton Butcher and Aubree Edwards.
Services will be held at Chapel of the Lakes Mortuary in Lakeport. Visitation on Tuesday,
August 17, 2021, from 3 to 6 p.m. Funeral Service on Wednesday, August 18, 2021, at 10 a.m. with interment to follow at Hartley Cemetery.
Donations can be made in Jake's memory to the Lakeport Fire Department.
Arrangements by Chapel of the Lakes Mortuary 707-263-0357, 994-5611 or chapelofthelakes.com.p
Published by Lake County Record-Bee from Aug. 14 to Aug. 20, 2021.
To plant trees in memory, please visit the Sympathy Store.
MEMORIAL EVENTS
Aug
17
Visitation
3:00p.m. - 6:00p.m.
Chapel of the Lakes Mortuary
1625 North High Street, Lakeport, CA
Aug
18
Funeral service
10:00a.m.
Chapel of the Lakes Mortuary
1625 North High Street, Lakeport, CA
Funeral services provided by:
Chapel Of The Lakes
MAKE A DONATION
MEMORIES & CONDOLENCES
Sponsored by Record-Bee.com.
1 Entry
Charlie, im sure sorry about your Dad passing...God bless you and your family.
Joe Leister
August 14, 2021
Showing 1 - 1 of 1 results