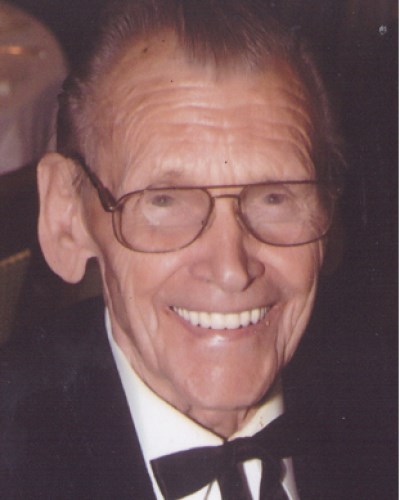 
Harry David Moore was born in Alhambra, California on August 9, 1924. He grew up in Bakersfield and Fresno, and eventually Oakland, where Harry attended Oakland Tech High School. He began working at a service station and later, a welding company. Harry left school during his senior year to join the U.S. Army and left for Fort Ord in Monterey. After Basic Training, Harry spent two years in the Pacific during World War II, fighting in New Guinea and the Philippines. During this time, he was promoted to Staff Sergeant, was awarded the Purple Heart, two Bronze Stars, and a Ribbon of Freedom from the Philippines. He was also involved in the disarmament of Japan. After returning home from the war, and recovering from malaria, Harry went to work in construction for the father of his first wife, Erna Nadine. He then went into business for himself building custom homes in Hayward, and Castro Valley. In 1960, on the advice of a realtor, Harry moved to Clearlake Oaks where he would partner in the development of the Keys subdivision. He built his home on Lake Street and built several other houses in the development. He also built  many homes on the hillside north of town, which earned him the nickname, Hillside Harry. In 1963 he moved again to Land's End, another development that he would work on in Lake County. During this time, he also contributed to the Konocti Harbor Inn project. His most prolific years as a builder were when he moved his family to Willits, California, where he built nearly 50 homes in Brooktrails over the span of 12 years.
After the passing of Harry's second wife, Grace
Lucille Moore, in 1978, Harry went back to work in the Bay Area until he returned to Clearlake Oaks where he continued to build homes until the age of 73. Throughout his career, Harry always had a creative spirit and was involved in the communities where he lived. He was a Rotary Club President, kept an award-winning garden, and even designed a commemorative bottle for the 1976 Willits Frontier Days celebration, which today, can be found in the Willits Museum. He loved to travel the world by sea; this was a passion that may have developed while crossing the pacific aboard military transports as a young man. Cruise ships took Harry to Europe, North Africa, Asia, and South America; he logged hundreds of days at sea. He continued cruising until the age of 95. Toward the end of his life, he was often accompanied by his son, Dana, and Dana's partner, Debbie Fetter Diehl. Harry was preceded in death by his son, Gary Daley of Placerville, and is survived by his daughters, Cher (Russ) Greenlaw of Indianola, WA, and Shirley (Stewart) Levy of Redwood City, CA, and his sons, Dana (Debbie) Moore of Clearlake Oaks, CA, James (Nancy) Moore of St. Helena, CA, and Leigh (Mary) Moore of Twin Falls, Idaho.
Harry is also survived by 10 grandchildren and 12 great-grandchildren. Services for Harry will be held on Friday, October 15, 2021, at the Jones and Lewis Clear Lake Memorial Chapel in Lower Lake, California.
Published by Lake County Record-Bee from Oct. 14 to Oct. 20, 2021.
To plant trees in memory, please visit the Sympathy Store.
MEMORIAL EVENTS
Oct
15
Service
Jones & Lewis Clear Lake Memorial Chapel
16140 Main St PO Box 284, Lower Lake, CA
Funeral services provided by:
Jones & Lewis Clear Lake Memorial Chapel
MAKE A DONATION
MEMORIES & CONDOLENCES
Sponsored by Record-Bee.com.
0 Entries
Be the first to post a memory or condolences.