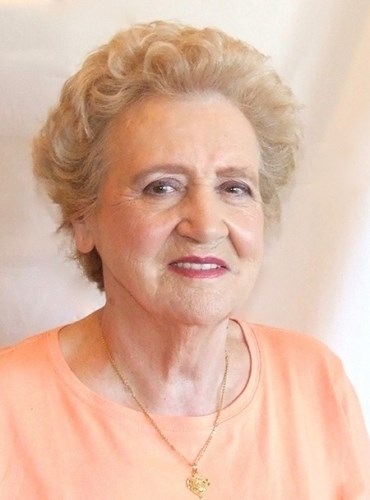 FUNERAL HOME
Chapel Of The Lakes
1625 North High Street
Lakeport, CA
Monica Bradshaw Monica Bradshaw, age 80, entered into eternal peace on February 27, 2016, with her loving daughters, Melanie Ramachandran and Paula Dhanda, at her bedside. Monica was born in Hull, Yorkshire, England, to Naval Officer William and Annie Elizabeth Bradshaw. She was the third of nine children growing up in the era of World War II. She married Dr. Sath Paul Dhanda while a student nurse in England, and had three lovely daughters - Melanie, Paula and Angeli. The family lived in India and England before moving to the USA in 1968. Monica went back to college while raising her family, and graduated with the Highest of Honors with her degree in Registered Nursing, Bachelor's Degree and Masters Degree in Social Work. She worked as an RN and subsequently as a Psychiatric Social Worker in Syracuse, NY, before retiring to Lakeport, California. Mrs. Bradshaw was an active member of the Lake County community and enjoyed her many organizations (Lakeport Women's Civic Club, Senior Center, TOPS, and Red Hats) and all her wonderful friends. She was very physically active, walked everywhere and swam several times a week until her illness. Monica is fondly remembered for her kindness, strength, intelligence, independence and strict moral compass. Monica's battle with ovarian cancer was hard-fought with strength, grace and dignity. Monica was a devoted mother and an exemplary role model. She was so very proud of her family. She is survived by daughters, Melanie Ramachandran (Tarakad), and Paula Dhanda (John); grandchildren, Manoj (Sarika), Arun (Sari), Amber, Devan (Chelsey) and Jasmin; and great-grandchildren, Navya, Silas, Lola and Arjun. She also leaves behind in England, her brothers, David, Charles and Christopher, and sisters, Elizabeth and Edie, and their families. Monica was preceded in death by her former husband, Sath Paul Dhanda; her brothers, William and George Bradshaw; her sister, Brenda Collins; her dear daughter, Angeli Dems; and her most beloved grandson, John Paul Clarke. Memorial Service will be held Saturday, March 5, at 11 a.m., at Buckingham Clubhouse, 5820 Eastlake Road, Kelseyville, CA. Donations in Monica's memory, to support mothers worldwide, may be made to Worldwide Healing Hands, 5685 Main Street, Kelseyville, CA 95451. http://worldwidehealinghands.org/donate/ For more information please contact Chapel of the Lakes Mortuary, 707-263-0357, or view chapelofthelakes.com. Please share your memories by signing the guest book at www.legacy.com.
Published by Lake County Record-Bee from Mar. 2 to Mar. 8, 2016.
To plant trees in memory, please visit our Sympathy Store.
MEMORIAL EVENTS
Mar
5
Memorial service
11:00a.m.
Buckingham Clubhouse
5820 Eastlake Road, Kelseyville, CA
Funeral services provided by:
Chapel Of The Lakes
MAKE A DONATION
MEMORIES & CONDOLENCES
Sponsored by Record-Bee.com.
8 Entries
Monica was a delightful, intelligent lady with a dry sense of humor and an easy smile. A devoted mother and grandmother, full of British reserve and she is remembered fondly.
Perla Lovejoy
Acquaintance
February 25, 2020
Dear Paula and family, condolences for the loss of a great lady. So glad you were able to be with her at the end
Jackie and Paul Farley
Jackie and Paul Farley
March 4, 2016
I have been fiends with Monica since 1965 (when she lived in India) and have shared many many memories with her. She was a wonderful human being and will cherish her friendship forever. My condolences to Melanie,Paula and their families.
Suvarna Parikh
March 2, 2016
I will remember you, Nana as a wonderful lady who was very independent, and faced life's challenges with grace and courage. I will miss you.
Karthik and I convey our deepest sympathies to Melanie and Paula and their families.
Uma
Uma Raghunathan
March 2, 2016
Our thoughts and prayers go out to the family and friends of Monica. We are separated by time but together in eternity! Hugs
Pamela Tellez
March 2, 2016
Dear Dr Dhanda and family. Am so sorry to learn of your mom's passing...what a wonderful woman she was! Now I know where YOU get your devotion and compassion for your patients and your world wide causes. Bless you and your family during this difficult time.
Lynn Goos
March 2, 2016
We will remember your very determined character, subtle sense of humor and great courage and dignity. We will remember you when ever we hear of Hull in the UK
Perla and Leslie Lovejoy
March 2, 2016
Happy and fond memories we hold forever of a wonderful lady our dearly loved sister Monica, now in eternal rest.
Our deepest sympathy to Melanie and Paula and families on the sad loss of your beloved mother, grandmother, great grandmother and to her friends.
Sleep well and God bless, from your brother Charles and sister-in-law Jean xx
March 2, 2016
Showing 1 - 8 of 8 results