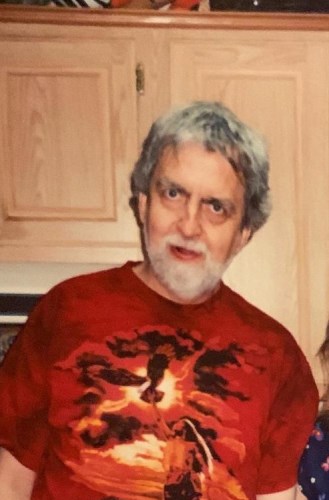 FUNERAL HOME
Edward F. Adzima Funeral Home
253 Elizabeth Street
Derby, CT
David P. Baraquin, age 72, of Wallingford, peacefully entered into rest on Saturday, September 11, 2021 in Montowese Health and Rehab Center. He was born in Derby on March 31, 1949, the son of the late Edward and Hildreth (Kittsmiller) Baraquin. David worked as a mail handler for over 30 years for the United States Postal Service prior to his retirement. In his younger years he traveled out west which led him to become a San Francisco fan as well as a cowboys fan. He enjoyed the music of ZZ Top, watching NASCAR races, and dining at various restaurants. Dave was also a man of faith who regularly attended Sunday Mass. He had a passion for information and if you liked something Dave would research it so he could have an in depth conversation about it with you. One of his favorite topics to discuss was that of Area 51. He is survived by his brother Edward Baraquin and was predeceased by his siblings Linda Barquin and John Logan. His family would like to thank the staff at Jeanies, Ricks on Five, Knuckleheads, Nisa's, Cheeks, Planet Fitness, Yale, Hartford Hospital, all US Postal Family, his neighbors, the Schillo's, Montowese Health and Rehab Center and Saint from Wallingford Waste and Disposal. Friends are invited to attend his graveside service on Thursday, September 23, 2021 at 9:30 AM in Mt. St. Peter Cemetery in Derby. The Edward F. Adzima Funeral Home, 253 Elizabeth St., Derby, has been entrusted with his arrangements. Online condolences can be left at www.adzimafh.com.

Published by The Record-Journal from Sep. 19 to Sep. 20, 2021.
To plant trees in memory, please visit the Sympathy Store.
MEMORIAL EVENTS
Sep
23
Graveside service
9:30a.m.
Mt. St. Peter Cemetery
Derby, CT
Funeral services provided by:
Edward F. Adzima Funeral Home
MAKE A DONATION
MEMORIES & CONDOLENCES
Sponsored by Edward F. Adzima Funeral Home.
3 Entries
R.I.P. David -- knew your family -- Barney was ur dad + Gentleman Jeff was your grandfather
nick rizzio
September 19, 2021
My most sincere condolences to the Baraquin Family.He was a nice guy.
MARISOL GARCIA
Work
September 18, 2021
I am very sorry do you hear about the passing of David. I worked with him from time to time over the years, as a mail handler. I started my possible career in 1967 and retired in 2009. A few years after I retired, I remember running into him at a small restaurant in Wallingford. It was good to see him. I do remember Dave had a lot of health issues over the years. I never heard him complain about it. It seems that he excepted his life as it was. May he Rest In Peace.
Ed Mattei
September 18, 2021
Showing 1 - 3 of 3 results