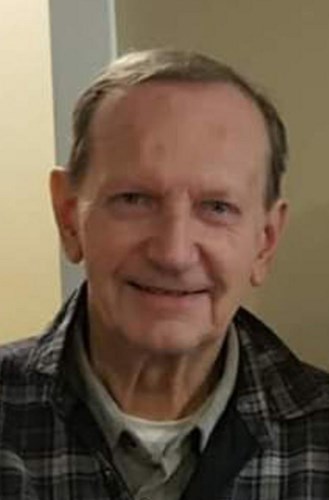 BORN
12/30/1941
DIED
9/9/2021
FUNERAL HOME
Wallingford Funeral Home
809 North Main Street Ext.
Wallingford, CT
On Thursday, September 9th, after a long and courageous battle with Alzheimer's, Donald A. Porter, 79, of Wallingford, passed away peacefully at home with his loving wife of 57 years by his side. Don was born in Rumford, ME, on December 30, 1941, the son of the late Alton T. Porter and Dorothy Hitchcock Ward.

A 1960 graduate of Bristol Eastern High School, he went on to become an Aeronautical Engineer. He retired from Pratt & Whitney after 31 years of dedicated service. His main passion was riding, restoring and collecting vintage British motorcycles. He was a lifetime member of the Meriden Motorcycle Club and a member of The British Iron Association of Connecticut.

He will be deeply missed by his beloved wife Antoinette, his daughters Deanna Porter and Dawn Warncke of Meriden, as well as his grandson Naythan Porter and sister-in-law Ann Krampitz of Wallingford. He was predeceased by his brother Ronald Duguay and sister Barbara Orpin.

Don's family will receive relatives and friends at The Wallingford Funeral Home, 809 North Main St. Ext., on Saturday, September 18th from 2 ~ 4:30 p.m. immediately followed by a brief on site ceremony and celebration of life (details to follow at www.wallingfordfh.com). He will be laid to rest at St. Joseph Cemetery, 522 Terryville Ave., Bristol, CT, on Monday, September 20th at noon. All are welcome. The family would like to thank Hartford Palliative Healthcare and Hospice at Home for their care and support, especially Crystal, Sally and Tom. Flowers may be sent to the funeral home and/or memorial contributions may be made in his name to the Alzheimer's Association.

Published by The Record-Journal from Sep. 15 to Sep. 16, 2021.
To plant trees in memory, please visit the Sympathy Store.
MEMORIAL EVENTS
Sep
18
Visitation
2:00p.m. - 4:30p.m.
Wallingford Funeral Home
809 North Main Street Ext., Wallingford, CT
Sep
18
Funeral service
CT
Sep
20
Interment
12:00p.m.
St. Joseph Cemetery
522 Terryville Ave., Bristol, CT
Funeral services provided by:
Wallingford Funeral Home
MAKE A DONATION
Please consider a donation as requested by the family.
MEMORIES & CONDOLENCES
Sponsored by Wallingford Funeral Home.
14 Entries
My condolences to the Porter family. We share great memories of Don here at the Meriden Motorcycle Club.
Peter Luedee
Friend
September 19, 2021
May the love of friends and family carry you through your grief.
Mary Kelly
Other
September 18, 2021
Our Deepest sympathy to the Porter family at this sad time. A cherished long-time neighbor and long standing friendship. He will be missed.
Annette Hemstock
Neighbor
September 17, 2021
Condolences to Dons family. I had the opportunity to work with Don for many years and he was a great mentor. Don and his family will be in our prayers.
Mike Cavaliere
Friend
September 17, 2021
I'm so sorry to hear about Don's passing. Back in the P&W days he was such an inspiration for me. I'm so grateful for knowing and working with this great man. Had a hard time keeping up with his long stride.... "catch-up boy... " looks back with that smile. We had the common motorcycle interest and I still think about the Bonneville he wanted me to buy. Our lunch conversations... Saint's for Spaghetti & Meatballs... good coffee too and he turned me on to steamed cheese burgers at Teds. His hill climbing days were impressive along with his riding skills... loved the torque and throttle. His Ranchero was a classic and still remember the day when he first tried to get into my Corvette. How the hell do you get into this thing? Little tuff with those long legs of his. So many stories... A great man and so glad he was in part of my life. He will be missed, but those wonderful memories will be with us all who had the opportunity to know him. My prayers go out to him and family... GOD BLESS....
Robert Sitka
September 17, 2021
Godspeed Don, thank you for all the help you gave me.
JOSEPH ACAMPORA
Friend
September 16, 2021
Will always remember when great uncle Donald showed me the motorcycles and little me in amazement as I walked through the plethora of Triumphs
Christopher Bartley
Family
September 15, 2021
So sorry for your loss. My thoughts and prayers go out to your family. Love and hugs to you all.
Carolyn KENNEDY
Friend
September 15, 2021
So very sad for your family. Don was one of the good guys and so smart. May all your wonderful memories give you some comfort.
John and Diana Peterson
Classmate
September 15, 2021
So sorry to read this Deanna. Your good memories will never leave you.
Donna Bates
September 15, 2021
May God bless you and your family in this time of sorrow.
Robin Short
Neighbor
September 15, 2021
Rest in Peace Don. The family will miss you.
William Leone
September 14, 2021
William Leone
September 14, 2021
Very sorry to hear about Don's passing. He was a great guy and mentor and will be missed. I am sure we will meet up again someday. Take care, be safe, and well.
Dennis Hummel
Friend
September 13, 2021
Showing 1 - 14 of 14 results