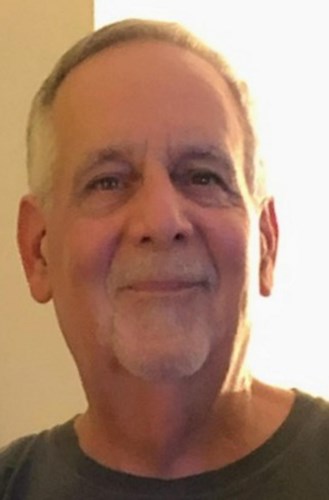 BORN
9/11/1949
DIED
9/15/2021
FUNERAL HOME
Wallingford Funeral Home
809 North Main Street Ext.
Wallingford, CT
Francis Joseph "Frank" Amarante , 72, of Wallingford, passed away on Wednesday, September 15th at MidState Medical Center. He was born in New Haven on September 11, 1949, the son of the late Joseph and Mary (Ruotolo) Amarante. He was the beloved husband of Susan J. Amarante. Frank graduated from Wilcox Technical School in 1968 and went on to join the local Carpenter's Union, of which he was a lifelong member. He worked as an assistant project manager for the state of Connecticut for 33 years. Frank was an avid car enthusiast, mechanic, and master carpenter. He loved animals and enjoyed the company of his many pets. In addition to his wife, Susan, Frank is survived by his son, Troy Amarante, his son, James Amarante and daughter-in-law Daniela Flores, as well as his beloved cat, Annie. He is also survived by his sister, brother, and sister-in-law, as well as many nieces, nephews, and cousins. Frank's family will receive relatives and friends in The Wallingford Funeral Home, 809 N. Main St. Ext., Wallingford, on Monday, September 20th from 4:30 PM - 6:30 PM immediately followed by a funeral service. Interment will be private. In lieu of flowers, the family asks that donations be made to the Connecticut Humane Society. www.wallingfordfh.com

Published by The Record-Journal from Sep. 18 to Sep. 19, 2021.
To plant trees in memory, please visit the Sympathy Store.
MEMORIAL EVENTS
Sep
20
Visitation
4:30p.m. - 6:30p.m.
Wallingford Funeral Home
809 North Main Street Ext., Wallingford, CT
Sep
20
Funeral service
CT
Funeral services provided by:
Wallingford Funeral Home
MAKE A DONATION
MEMORIES & CONDOLENCES
Sponsored by Wallingford Funeral Home.
18 Entries
I just found out of Frank's passing and I'm very sorry to hear it. Frank was one of my favorite friends in the DPW. I retired in 2016. I was just told about him from another employee I just met at a Joey Garlic restaurant in Newington. We had so much in common. He always brought me a smile. I don't think I never seen him without a smile on his face. What happened? He was too young and healthy to pass. I will miss his presence.

Stephen Bobala
Coworker
October 13, 2021
Dear Susan and families, So sorry to hear of Frank’s passing. Over the years, wether it was @ the flea market, or @ a early am breakfast in town, Gary & Frank shared a love of a GREAT finds,food & laughter about the “good ole days”! May all of you enjoy the stories & memories that you share in the times ahead. Live,Love,Laugh...RIP Gary,D Kondracki & extended families
D Kondracki
Acquaintance
September 27, 2021
Omg were to start . I've been close to Frank for short time I loved his visits, we had alot of the Same interest , always a good time we laughed alot gonna be missed he was a great man .I regret missing his service.he will always be in my thoughts
Gil chasse
September 20, 2021
I worked with Frank at the CT DPW, he was a great friend and a joy to be around! I am sorry to hear of his passing, God bless him and all you his family and friends, may he rest in peace.
Peter McCann
Coworker
September 20, 2021
Frank was a good friend that will greatly be missed.
Bob & Karen
Family
September 20, 2021
Amarante Family, I'm so sorry to hear of Frank's passing. Frank was a real proffesional trade person and lots of fun to work with, we had many laughs over the years. I will miss his check in phone calls every other month or so. The swap meets won't be the same without Frank. God's speed my friend. Bill Hannon (Brother Union Carpenter and DCS Inspector)
Bill Hannon
September 20, 2021
May the love of friends and family carry you through your grief.
Mary Kelly
September 18, 2021
You'll be missed uncle Frank.
Dawn Barbera
Family
September 18, 2021 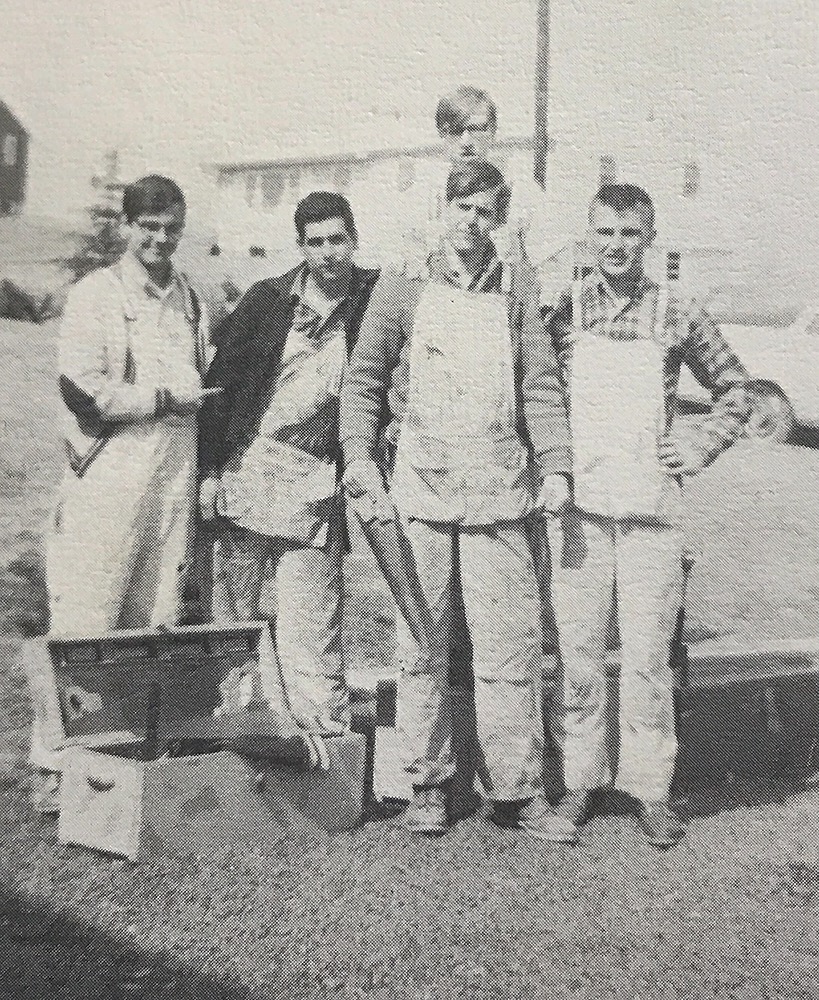 To all of Frank´s family and friends, I extend my most sincere condolences for your loss. I was very disheartened to learn of his passing. We were carpentry classmates in Wilcox, both graduating in 1968. We always got along very well in school and were usually paired up on the job by Mr. Carusello. We actually had a lot of fun together in school, and got into a bit of "trouble" on one occasion due to a misadventure on a job. Great memories. We worked together a short time thereafter framing homes until he went to work for CF Wooding. We occasionally crossed paths at cruise nights or in stores and always enjoyed catching up and reminiscing. May your memories sustain you through this difficult time. I´ve posted a photo from our yearbook, taken at Coach Schiopoucie´ house we were working on in our senior year.
Jim Carlson
School
September 18, 2021
I am so sorry to hear of Frank's passing and my heart goes out to his family at this very difficult time. Frank was always fun to be around with his very quick sense of humor and he will surely be missed! Please accept my deepest sympathies!
Glenn Washburn
September 18, 2021
My thoughts and prayers to the family. Rest easy Frank
Ruth Jenkins- Cox
September 18, 2021
My deepest condolences to the Amarante family..Frank was a great guy,I have many memories of him and his family while I was growing up with Troy and Jamie..rest in peace
Greg Merola
Friend
September 18, 2021
Susie,Troy,Jamie,Daniela and Annie,
Our deepest sympathies for you.
I can't believe he's gone. He was just at at the restaurant Tuesday and we half laughed half cried about how we didn't play the numbers 911 on our birthday and it came out. I will miss his funny sarcasm ,his red van, making his favorite sandwich. Please know that our thoughts are with you all and with Frankie. Goodbye dear friend.
Love Karen and Gil
Chasse
Karen Chasse
Friend
September 18, 2021
Sue and family, so very sorry to hear of Franks passing. Many fond memories at the races and Nascar conversations.
Sandy Schwink
Friend
September 18, 2021
My condolences to Sue an family what a shock, Frank was an awesome guy loved talking to him always a good time always a happy go lucky guy always smiling rip Frank
Marty Merola
September 17, 2021
Sue, you and the boys have our most heartfelt condolences of the loss of Frank. He was a friend from our JR high days and beyond. Unfortunately I only saw him a few times in the past years and we had a chance to catch up on what he was doing. When we talked it seemed like it was the ol days where we had our laughs reminiscing about them. I know he will be truly missed but not forgotten as he had many friends who liked him. He was a great carpenter, he and I installed a bay window in a house together years ago, I remember he made it look effortless, I was really impressed by that. We had a lot of good times when we were all into our cars and that Road Runner he had was real sharp. It was a great color and I know he was proud of it. If you keep those good memories on hand, it will seem like he never left. RIP Frank.
Paul Merola
Friend
September 17, 2021
Always fun with Frankie eating his father's homemade apizza in his own apizza oven at their home in WALLINGFORD next to Parker Farms School
Richard Ruotolo
Family
September 17, 2021
Frank was my first cousin. He is gone too soon. He was such a kind, thoughtful, funny and caring man. I remember him as a teenager and his love for cars. He painted cars beautifully. He was a devoted cousin. My deepest sympathy to Sue, Troy and Jamie and to MaryGrace and Vincent and all his friends. He will be missed. Rest in Peace Frank. Donna Ruotolo
Donna Ruotolo
Family
September 17, 2021
Showing 1 - 18 of 18 results