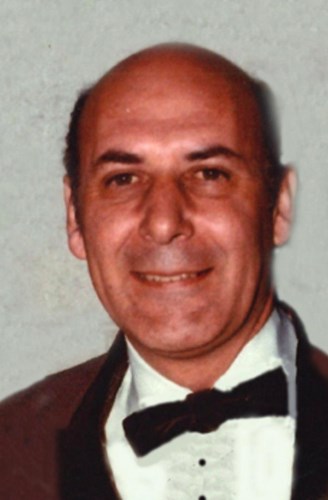 BORN
11/28/1925
DIED
10/22/2021
FUNERAL HOME
Wallingford Funeral Home
809 North Main Street Ext.
Wallingford, CT
Francis "Frank" Villano Sr., of Wallingford, formerly of West Haven, born on November 28, 1925, to Pascal and Rose (Palladino) Villano, passed away on October 22, 2021. He was the beloved husband of 66 years to the late Marguerite DeVit Villano. Frank graduated WHHS, class of 1943. As a senior, he joined the Army Air Force Cadet Corp., and was inducted as soon as he reached 18. He proudly served in the WWII 15th Air Force, stationed in Italy. As a Tail Gunner in a B24, he completed 35 missions over Germany and Central Europe. He attained the rank of Staff Sergeant, receiving several awards and medals. After returning to the U.S., he became an instructor for B-29 gunnery. Like many, he never spoke of the war until decades later. He was the last surviving member of his crew, which were life-long brothers. He was interviewed and is archived by the Veteran's History Project, U.S. Library of Congress, Washington D.C. He was employed by J-B-T Instruments in New Haven for 27 years. Working days and attending college in evenings, he earned degrees in General Engineering, Industrial Engineering, and Business Administration. He remained in New Haven as his department became Cutler Hammer, and eventually, Eaton Corp, retiring as Manufacturing Operations Manager. Always together, Frank and Marguerite were members of Hunter's Golf Course Club in Meriden for several years. By their own admissions, they were not great golfers, but loved meeting new friends, always enjoying the company of others. They also thoroughly enjoyed their home, their extensive gardens and winters in Florida. They loved to dance and I hope they're doing just that at this moment. Frank is survived by his sidekick and best bud, daughter Patti Dwyer-Clarke (James) of Wallingford, his sister Alison Esposito of Boca Raton, Florida (as a teenager, was compelled to take his younger sister to dances, which brought many laughs over the years), grandson Jesse Dwyer (Liz) of Rhode Island, and 2 great-grandchildren. He also leaves many nieces and nephews, cherishing every call from Bobby, and the many calls and cards from Maggi and Rosemary. In addition to his wife, he was predeceased by his son Frank Villano Jr., and his sister, Judy Fitzgerald. His family is grateful to Dr. Alsamarai, Dr. Plavec and the staff at Regency House for their great care, and extends a very special thank you to Dr. Gimbel. His guidance, patience and compassion, always was much appreciated. Frank lived a full and meaningful life, was a good man, devoted husband, and a great dad and granddad. He will be missed more than he could ever know. Relatives and friends are invited to attend a graveside service with military honors on Saturday, October 30th at 11:30am at St. John Cemetery, Christian St., Wallingford. In lieu of flowers, donations can be made to a veteran's organization of one's choice. Arrangements are under the direction of The Wallingford Funeral Home. www.wallingfordfh.com

Published by The Record-Journal from Oct. 27 to Oct. 28, 2021.
To plant trees in memory, please visit the Sympathy Store.
MEMORIAL EVENTS
Oct
30
Graveside service
11:30a.m.
St. John Cemetery
Christian St., Wallingford, CT
Funeral services provided by:
Wallingford Funeral Home
MAKE A DONATION
MEMORIES & CONDOLENCES
Sponsored by Wallingford Funeral Home.
2 Entries
I am so deeply sorry for your great loss. I have never known a more loving, attentive and devoted daughter than Patti. May all the memories of that love embrace and comfort you. Love lives forever. May God bless you always.
Lisa Seyler
Friend
October 27, 2021
Frank and Marguerite were wonderful neighbors of my late wife and I for 40 years. They were both wonderful people and we were always happy to be in their company. May they both rest in peace and I offer their family my most sincere condolences.
Frank Zagarino
October 25, 2021
Showing 1 - 2 of 2 results