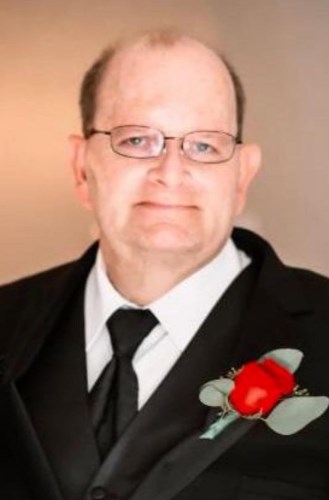 Born in Meriden, CT, on September 18, 1964, he was the son of Mary Ann (Kott) and the late Richard Plont, Sr. He was a life-long Meriden resident. Joseph graduated from Platt High School in 1982 and was employed by MidState Medical Center. Mr. Plont was a proud U.S. Marine Corps Veteran. Joseph enjoyed collecting coins, cooking, and gardening. He also coached girls' softball but most of all he loved spending time with his grandkids.

Besides his loving wife Ivy, Joseph is survived by his two daughters, Brianne Plont (Ricky Cruz) and Kaitlyn Hauser (Daniel); his two sons, Trevor Plont (Alicia) and Joseph Plont; his four grandchildren, Isaac, Elijah, Hayden, and Audrina; and his three siblings, Ricky Plont, Rene Gintowt and Michael Plont. He is also survived by all his nieces, nephews, grand-nieces, and grand-nephews. Mr. Plont was predeceased by his siblings Merri Giampa and Hollie Plont.

Published by The Record-Journal from Sep. 17 to Sep. 18, 2021.
To plant trees in memory, please visit the Sympathy Store.
MEMORIAL EVENTS
Sep
20
Calling hours
4:00p.m. - 7:00p.m.
John J. Ferry & Son
88 East Main Street, Meriden, CT
Sep
21
Graveside service
1:00p.m.
Walnut Grove Cemetery
817 Old Colony Rd, Meriden, CT
Funeral services provided by:
John J. Ferry & Son
MAKE A DONATION
MEMORIES & CONDOLENCES
Sponsored by John J. Ferry & Son.
4 Entries
One of the best friends I ever knew you have my deepest condolences he was my anchor man and our leader always called me the little one of the team you will be missed Jerry Richardson
Jerry Richardson
September 20, 2021
To the Plont Family, My deepest condolences. A close friend shared with me the passing of Joe. I went to Platt High School and played football with him and have many good memories of Joe. He leaves us way to soon. May you find strength and comfort in the love of your friends and family during this time of mourning. Celebrate his life and remember one short sleep and we wake eternally.
Jeff Gonzalez
September 17, 2021
Grief can be so hard, but our special memories help us cope. Remembering you and your loved one today and always. With prayers to help the family though such sadness, God bless you all in the loss of a wonderful guy.
Kim A Hidalgo
School
September 17, 2021
Dear Ivy and Family, So sorry to hear of Joe's passing.Such a gentleman and kind soul. Our prayers to you and your family during this difficult time Steff and Jeff Laude
Stephanie Laude
Family
September 17, 2021
Showing 1 - 4 of 4 results