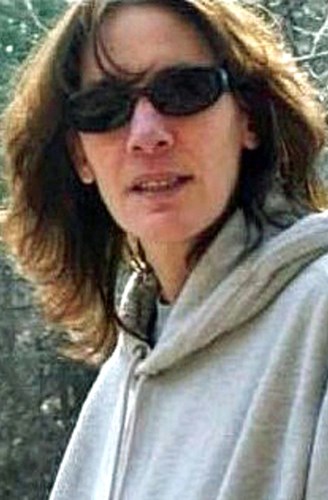 BORN
11/24/1962
DIED
10/19/2021
FUNERAL HOME
Wallingford Funeral Home
809 North Main Street Ext.
Wallingford, CT
Justine Loomis, of Wallingford, passed away unexpectedly but peacefully in her sleep on Tuesday, October 19, 2021. Justine was born in Meriden on, November 24, 1962, a daughter of Rodney Loomis of Yalesville and Diane (Orzel) Loomis of Meriden. Justine was a lifelong resident of Wallingford and attended South Meriden Trinity United Methodist Church. She is survived by three sons, Joseph Dudley, Michael Dudley and Jacob Langa, all of Wallingford and her daughter Jessica Langa of Wallingford; her sister, Michele Loomis-Tingley and her husband Ken of Hebron, CT; three brothers, William Loomis and his wife Jane of Richmond, RI, Frederick Loomis and Valerie Solli of Milford, CT and David Loomis and his wife Melissa of Wallingford; and several nieces and nephews. Justine was a 1980 graduate of Mark T. Sheehan High School where she was a cheerleader. She very much enjoyed her time playing the fife in the Yalesville Jr. Ancient Fife and Drum Corp. Later in life she found her passion as she transported, fostered and adopted pets for Marino Tails Animal Rescue. She was an avid Jets fan, which she instilled in her children. She is already missed by so many. Relatives and friends are invited to join us at The Wallingford Funeral Home, 809 N. Main St. Ext., on Thursday. Calling hours are from 8:30 to 10:30 am with a funeral service to follow in the funeral home officiated by Rev. Katarina von Murray from the South Meriden Trinity United Methodist Church. Burial will follow at Walnut Grove Cemetery in Meriden. In lieu of flowers please consider making a donation in Justine's honor to: Marino Tails, 1928 Kingston Road, Kingstown, NC 28150. www.wallingfordfh.com

Published by The Record-Journal from Oct. 26 to Oct. 27, 2021.
To plant trees in memory, please visit the Sympathy Store.
MEMORIAL EVENTS
Oct
28
Calling hours
8:30a.m. - 10:30a.m.
Wallingford Funeral Home
809 North Main Street Ext., Wallingford, CT
Funeral services provided by:
Wallingford Funeral Home
MAKE A DONATION
MEMORIES & CONDOLENCES
Sponsored by Wallingford Funeral Home.
20 Entries
Dear Rodney and Diane; I was surprised and saddened to learn of Justine´s passing. I recall so vividly those childhood years as she and Billy played with our three children. What a happy child she was and how much we all had in our backyards. I´m not surprised to read how she loved and gave herself to animal rescue. Please know we share our thoughts and sincere prayers for this much too soon tragic loss to your family.
Rev.Dr. Harold Hazen
Friend
November 2, 2021
I grew up with Justine from kindergarten and up, what a great person she was! rest in peace!
tom addy
School
October 28, 2021
I was in the Yalesville Junior Ancients with Justine for years and Cheering at MTS. So long ago but many many happy memories remain. Justine is gone too soon for sure. Thinking of Justine's parents, brothers and sister, and her kids at this time. I hope your pain will ease and your special memories will bring smiles in time. Rest in Peace Justine!
Brenda Livingstone Salisbury
Friend
October 27, 2021
It was very sad to hear of Justine‘s passing. Our thoughts and prayers are with her family and friends. Tony and Lisa Rowe
Lisa Rowe
Friend
October 27, 2021
I went all through school with Justine beginning at Yalesville Elementary School. We also attended Yalesville Methodist Church and we had many fun times. I hadn´t seen her in awhile and I was upset to hear of her passing. I will always remember her sweetness!! I send my condolences to her family.
Alison Creed Blythe
Friend
October 27, 2021
She may not have been blood, but she was the best Aunt & Godmother I could have ever asked for! She was always there, with no questions asked. The world definitely lost a great one. I love you so much Aunt Jes and you are already missed so very much!
Nikki Cooper
Family
October 27, 2021
Sorry to hear Justine has passed. I have many fond memories of us in our youth
Heidi Smith Watts
Friend
October 27, 2021
My thoughts and prayers to the family of Justine. I am thankful I got to see Justine 1 last time. She was so happy to be in Myrtle Beach. She would bring the family here for their summer vacation. Many times Art, Evie and Kyle were here too. We had so many good times over the years. She was a wonderful godmother to my daughter Nikki. She was always there to listen when I needed someone to talk to. I love you and will miss you! Rest in Peace!
Terri Dahlgren
October 27, 2021
A Life time being a part of the Loomis family. Justine will always be in so many hearts and memories forever and ever. She is in peace and I know many loved ones are already welcoming into forever glory. I treasure the years of memories and proud to share my family and hers forever. To the Loomis family, remember I am only a call away. Heartfelt prayers.
Julia Kane
Family
October 27, 2021
My deep condolences to all of Justine's family. We were graduating classmates at Sheehan together. My memory of Justine is that she was always friendly, enthusiastic and smiling! I'm so sorry for your loss.
Alison (Acker) Hird
School
October 26, 2021
My thoughts and sympathy to all her friends and family. I'm so sorry for your loss she was a sweet woman!
Danielle Domingue
October 26, 2021
So sorry for your loss, Bill and family. My condolences to you and your family.
Thomas Pullman
Friend
October 26, 2021
Sending prayers to you and your family. May loving memories give you strength.
Ron & Priscilla Perrin
October 26, 2021
Sincere Sympathy at this time. God Bless
Gloria Creto
October 26, 2021
My Deepest Condolences for Loomis, Dudley, & Langa Family and Friends of Justine Loomis. She will be Dearly Missed.
Paul Alexander
Neighbor
October 26, 2021
So sorry for your loss my heart goes out to you all
Joyce Jenkins
Family
October 25, 2021
To my dear friend of many years.thank u for all the treasured memories between us.i can't belive that God took u home so soon,he must have needed another angle,for he took my oldest sister the week before u.the sun rosed on November 24 1962 and set on October 19th 2021.i will always think about you on our birthdays just like I do every year.i even wish Ed dudley sr.one too.i will never forget our birthday party we through for are birthdays.justine take those beautiful wings God just gave u and fly as high as u can go.deeply sadded that I will never c u again,but always remember that I loved u and chairshies r friend ship. Until we meet again someday.fly high my friend .May u rest in peace
Lori Grandolfo
Friend
October 25, 2021
To a great niece, that will and is truly missed we hope you are at peace now and feel great. Because you certainly deserve it, we will never get over our loss of you, and we are left with a lot of good memories, on all our get togethers, and fun we all had being together, at Christmas , thanksgiving, birthday party's, ballgames, with the whole family, I bet Pop and Gram O are have fun now with you like they did in the past. Love you and will be missed , Uncle Dave and Aunt Elaine Ives.
Dave and Elaine Ives
Family
October 25, 2021
Grief can be so hard, but your special memories will help family and friends cope. Remembering you and your loved one today and always.
Nadine
Friend
October 25, 2021
Justine’s brother Bill was a frequent guest at my home in Durham. I’m sorry for the sorrow I know you all must be experiencing. Such a kind young lady to leave so soon. Carole knapp johnson.
Carole Knapp johnson
October 25, 2021
Showing 1 - 20 of 20 results