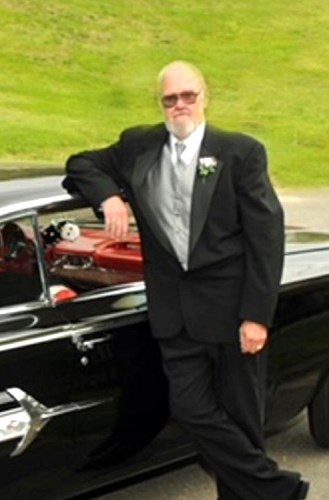 He was born in Waterbury on January 9, 1943, the son of the late Harry and Elizabeth (Kendall) Smithausler, who owned the restaurant, Harry's Dairy Bar in Naugatuck for 25 years.

Ken served in the United States Army before joining the National Guard where he was an expert rifleman and sharpshooter. He worked for Pratt Whitney in North Haven as a plater for many years until he retired at age 55. He loved the outdoors and this is part of the inspiration that led him and Marie to buy a cabin in Vermont where he enjoyed hunting, sightseeing and riding their quad up the many trails through the vast forests. Ken was well known for his kindness, generosity, free spirit, willingness to help others and was a firm believer in, "one hand washes the other." You would often find him and Marie at a car cruise with his 1960 Chevy Impala. He was known as being a social butterfly, loved classic cars and country music.

He is survived by his sister Carol (Smithausler) Zwick and his children, Kenneth Smithausler Jr.(Lena) of Wallingford, Michelle Smithausler-Cowing (Bruce) of Meriden, Kathleen Feliciano (Samuel) of Watertown and Edward Smithausler of Vermont; his stepchildren, Edward Camera (Roberta) of Wallingford, Peggy Hazen (Ronnie) of Waterbury and Frank Camera (Patty) of Meriden; his grandchildren Chad, Christina, Joey, Amber, Paige, Jessica, Stacey, Joshua and Jenny and many great- grandchildren, nieces and nephews to carry on his legacy and treasure his memories. He was predeceased by his stepson Patrick Camera.

His family will receive relatives and friends at The Wallingford Funeral Home, 809 North Main Street Ext. on Wednesday, October 13, 2021 from 4 pm until 7 pm. His funeral service will be held at 6:30 pm in the funeral home during calling hours. Interment with military honors will be at 11 am on Thursday, October 14, in Sacred Heart Cemetery in Meriden. In lieu of flowers, memorial donations may be made to the Alzheimer's Association Connecticut Chapter, 200 Executive Blvd S #4b, Southington, CT 06489

Published by The Record-Journal on Oct. 10, 2021.
To plant trees in memory, please visit the Sympathy Store.
MEMORIAL EVENTS
Oct
13
Calling hours
4:00p.m. - 7:00p.m.
Wallingford Funeral Home
809 North Main Street Ext., Wallingford, CT
Oct
13
Funeral service
6:30p.m.
Wallingford Funeral Home
809 North Main Street Ext., Wallingford, CT
Oct
14
Interment
11:00a.m.
Sacred Heart Cemetery
Meriden, CT
Funeral services provided by:
Wallingford Funeral Home
MAKE A DONATION
Please consider a donation as requested by the family.
MEMORIES & CONDOLENCES
Sponsored by Wallingford Funeral Home.
3 Entries
Ken and Marie will be missed upta camp in Vermont. Both always had a smile and a wave, they were great neighbors and genuinely nice people. Our family is glad to have the pleasure of knowing them. Condolences to you Sam, Kathy, and Chad.
The Nichols
October 14, 2021
We will always cherish the love and support Ken gave.Frank will never forget the real talks hanging out in the garage ...and the love he gave mom...
Frank and Patti
October 11, 2021
We will miss seeing you on the hill in your chair Ken. Rest peacefully. Your friends at Fat Mountain camp will keep an eye on your favorite hills in Vermont. Our deepest condolences to your family.
David Jacobs
Friend
October 11, 2021
Showing 1 - 3 of 3 results