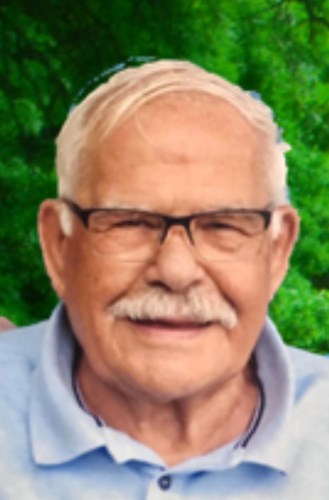 BORN
1931
DIED
2021
FUNERAL HOME
Plantsville Funeral Home
975 South Main Street
Plantsville, CT
Leopold "Paul" A. Bonin, 90, of Southington, passed away peacefully surrounded by his family on Sunday, October 10, 2021 at the Summit of Plantsville. He had been the beloved husband of Gervaise (Vaillancourt) Bonin for nearly 59 years. Leopold was born on June 1, 1931 in Kingscroft , Canada, one of 12, to the late Wilfrid and Rosa (Dauphin) Bonin. He moved to the United States in 1959 and made Southington his home for the last 54 years. Paul was a skilled carpenter and worked as a cabinet maker for many years. He enjoyed woodworking and his family and grandchildren. He will be remembered for his many stories from the past and his great joy for life, which was evident in his smiling face. He was always sharing his wisdom for life, which will be treasured by his loved ones. In addition to his wife Gervaise, Paul is survived by 2 children; daughter, Kathy Martin and her husband Douglas of Southington and son, Roger Bonin, all of Southington; 11 grandchildren; Rebecca Muzyka (Justin), Brandon Martin, Collin Martin (Sarah), Stephanie Martin, Jeremiah Martin, Matthew Martin, Caleb Martin, Katelyn Martin, Sarah Bonin, Elisabeth Bonin and Liliana Bonin and 6 great-grandchildren; Collin Jr, Henry, Lucille, Dustin, Shayla and Zelda. He is also survived by 3 siblings, Yves Bonin and wife Hugette, Gerald Bonin and wife Angela and Antonio Bonin and wife Solange, all of VT and several nieces and nephews. He was predeceased by his brothers and sisters, Simone, Anita, Leontine, Laureat, Jean Claude, Joseph, Romeo, Armand. In lieu of flowers, donations in Paul's memory may be made to the American Diabetes Association, P.O. Box 7023, Merrifield, VA 22116-7023 (https://diabetes.org/). A Mass of Christian Burial will be held at 1:30 p.m. on Friday, October 15, 2021 at the Immaculate Conception Church, 130 Summer St, Southington. Burial will follow in St. Thomas Cemetery, Southington. Calling hours will be held before the Mass from 12 noon - 1 p.m. at the Plantsville Funeral Home, 975 S. Main St, Plantsville. For online condolences and directions, please visit www.plantsvillefuneralhome.com.