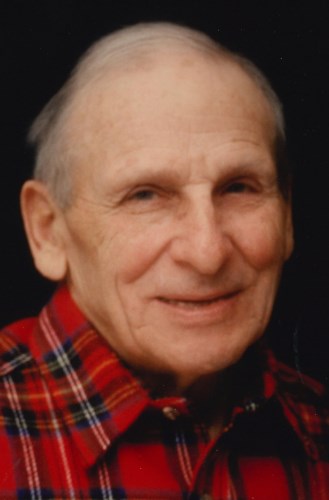 BORN
5/12/1925
DIED
9/1/2021
FUNERAL HOME
Wallingford Funeral Home
809 North Main Street Ext.
Wallingford, CT
Louis F. Segaline, 96, of Wallingford, died Wednesday, September 1, 2020 at his home. He was the beloved husband of the late Genevieve S. (Leroux) Segaline. Louis was born in Middletown, May 12, 1925, a son of the late John and Mary (Villa) Segaline. He was a World War II Veteran and served in the military for 21 years, then worked for the U.S. Postal Service until his retirement. He is survived by his four children, Catherine (Segaline) Debou of France, Frank Segaline of Meriden, and Daniel Segaline and Eric Segaline of Wallingford; his grandchildren, Christelle Debou and Kevin Debou of France, and Alexander Segaline and Elizabeth Segaline of Wallingford; his great-grandchildren Antoine Hucher and Manon Debou of France; his sisters, Dorothy (Segaline) Gresto, Margaret (Segaline) Bryck and Lena (Segaline) Chippio; and his brothers, Eugene Segaline, John Segaline and Frank Segaline. He was predeceased by his siblings, Louise (Segaline) Fanning and Joe Segaline. His family will receive relatives and friends in The Wallingford Funeral Home, 809 N. Main St. Ext., on Saturday, Sept. 4th from 1 to 3 pm. Interment will be private in In Memoriam Cemetery in Wallingford. www.wallingfordfh.com

So sorry for the loss of your dad Louis. Our thoughts are with you.

Shirley & Dan Pease
Dan Pease
Neighbor
September 5, 2021
Dear Eric & Families, So sorry to hear of your father’s passing. A life well lived with a long journey. My all of you find peace, comfort and joy in the memories you share. His service and work ethic is a testimony to his remarkable contribution to Wallingford and to the USA. RIP
Diane, Gary & Families Kondracki
Friend
September 5, 2021
Showing 1 - 3 of 3 results