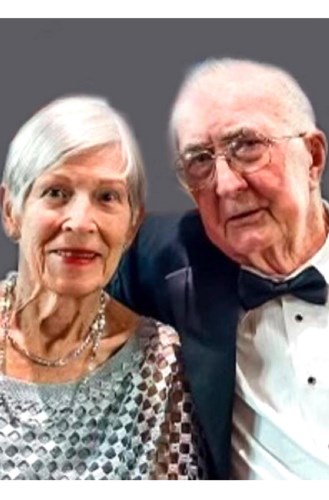 BORN
4/28/1934
DIED
9/5/2021
FUNERAL HOME
Wallingford Funeral Home - Wallingford
809 North Main Street Ext.
Wallingford, CT
Margaret Elsie (Stub) Breen, 87, of Wallingford, died peacefully at home, Sunday, September 5, 2021. She was the wife of the late Edward J. Breen and spent just 10 days without her great love before following him to heaven. Marge was born in Mineola, NY, April 28, 1934, the only child of late Soren Stub & Elsie Robertson. Though she worked as a bank manager her greatest achievements were in her home and social groups. Marge raised three children, was the president of the Cheshire Woman's Club and a very talented Bridge Player. Marge's smile, patience, counsel, and self-sacrificing nature will be greatly missed by all who knew her. Marge is survived by her daughter Patricia Breen; her sons, Edward (Caren) Breen and Thomas (Elizabeth) Breen as well as her grandchildren, Sean (Virginia) Breen, Trevor (Elizabeth) Breen, Danielle (James) Marino, Reilly Breen, Ted Breen, Nathan Breen, and Zoe Breen, and nine great-grandchildren. Due to the closeness of Margaret's passing to her husband's passing, we will be celebrating their love & life together with a Mass of Christian Burial for them both on Wednesday, September 8th, at 11 am, directly at Most Holy Trinity Church, 84 N. Colony St., Wallingford. Interment with military honors will follow in the State Veterans' Cemetery in Middletown. In lieu of flowers, gifts in their memory may be sent to Most Holy Trinity Church, c/o the parish center, 25 N. Whittlesey Ave., Wallingford, CT 06492. Arrangements are under the direction of The Wallingford Funeral Home. www.wallingfordfh.com