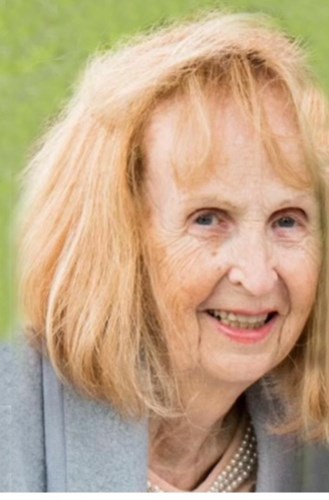 BORN
7/20/1938
DIED
8/23/2021
FUNERAL HOME
Wallingford Funeral Home
809 North Main Street Ext.
Wallingford, CT
Marjorie E. Carlson of St Johns, FL, formerly of Meriden was called home to our Lord on Monday, August 23, 2021. She passed away at her home surrounded by her family. She was the wife of the late Charles Carlson. Marjorie was born in South Meriden on July 20, 1938 to the late Charles and Cora (Irwin) Ennis. She leaves behind a hole that can never be filled in the hearts of her children, Darleen (Christopher) Finegan, John (Barbara) Carlson, Lori (Douglas) Zimmerman, Noreen (Michael) Piscitelli, Charles Carlson Jr., and Terri (Greg) Barnette. In addition to her children, she is survived by her grandchildren, Kathleen, Daniel, John Jr, Jennifer, Elizabeth, Stephanie, James, Christian, Joshua, Michael, Rachel, Stephen, Anthony, Ashley, Jeffrey, Jordan, Alex, Gregory and Brandon and 24 great grandchildren. She is survived by her brother Randy Ennis. She was predeceased by her brothers, Thomas, John and Robert as well as her sister Eleanor. She leaves behind her sister-in law Helen Ennis and many cousins, nieces and nephews. Marjorie enjoyed spending time with her children, grandchildren and great grandchildren. It was rare that her lap would not have any one of them sitting on it or next to it. She loved Jesus and would speak of Him often. She enjoyed her dogs and cats, traveling, shopping (QVC has lost a major customer), collecting dolls and glass chickens, and watching old movies. She was much more than what she enjoyed doing. She was a caring, kind and loving person with never a negative word to say about anyone. She saw the good in others. A piece of all of us was taken the day she was called home. Jesus has gained a beautiful soul. Her family will receive relatives and friends in The Wallingford Funeral Home, 809 N. Main St. Ext., Friday, October 1st, from 10 to 11 am. A funeral service will follow in the funeral home at 11 am. Interment will be in Walnut Grove Cemetery in Meriden. www.wallingfordfh.com

Published by The Record-Journal from Sep. 26 to Sep. 27, 2021.
To plant trees in memory, please visit the Sympathy Store.
MEMORIAL EVENTS
Oct
1
Calling hours
10:00a.m. - 11:00a.m.
Wallingford Funeral Home
809 North Main Street Ext., Wallingford, CT
Oct
1
Funeral service
11:00a.m.
Wallingford Funeral Home
809 North Main Street Ext., Wallingford, CT
Funeral services provided by:
Wallingford Funeral Home
MAKE A DONATION
MEMORIES & CONDOLENCES
Sponsored by Wallingford Funeral Home.
10 Entries
I miss you grandma ❤ You will always be in my heart and in my memories! You’re with Jesus now! Can’t wait to see you one day. Love you so much and always will be grateful for all the joy and love you gave
Jennifer C
Grandchild
October 1, 2021
Rest easy momma we will take it from here! I love and miss you!!
John Carlson
Son
October 1, 2021
Some people knew her as Margorie, I knew her as my grandma. Although, we weren’t always close(due to living a long distance a part) any time I got the chance to visit her it was like visiting an old friend. She was always full of life, fun, and shopping! Boy did she love a good deal. My family lost its center piece when this lady departed. She was the one who always brought every one together. Now, she is the one watching all of us from afar but continues to remain close in our hearts. Rest easy grandma!
Christian Zimmerman
Family
October 1, 2021
Richard McClelland
Family
October 1, 2021
I am so sorry....loved her so very very much.
Cora Bradley
Family
September 30, 2021
Deborah Ward
Family
September 29, 2021
To all the Carlson family;

I want to let you all know that I’m sorry to hear of Mom’s passing.
No matter the situation it’s always a difficult time to lose your Mom.
This is especially true when it’s someone of her caliber of kindness.
She always treated me as just another kid of hers. I appreciated that.
Karen and I are sending prayers your way.
Stay together as a family. That’s important.

Wayne and Karen Bartolotta
Wayne Bartolotta
September 29, 2021
Seems like a different life time that dad and I would stop over on sunday mornings, I remember times bowling with you all, so many amazing memories a lifetime ago, what an amazing family we had. Just think of all the family that have welcomed her home. I love you you all. RIP Margie hug EVERYONE for me.
Randy Ennis
Brother
September 19, 2021
To the Carlson family
I am so sorry for your lost. Heaven has received another angel. She will always be in our hearts and our memories. you lost your dear mother . I have lost my godmother and my aunt. my mom has lost her best friend. I will always remember our talks, our trip to Tennessee-Florida. her sending nor and me to pick up a Christmas gift for Chuckie. Turned out to be a weight set dumbbells, bench and all.

keep smiling and love always
Judy Ennis Waz
judy waz
September 18, 2021
I love you ma! I will miss our long and sometimes short conversation on the phone. Listening and hearing you laugh at how you wrapped everyone's Christmas gifts and then tell me you forgot to mark Which one belong to whom, and how you would laugh and say darn I'm going to have to unwrap them to find out which presents belong to who. Or hear you tell me I ordered something from QVC and they know you by name. I will also miss you I having long talks about our Lord and Savior Yeshua. I will also miss you telling me when life would get rough remember the Book of JOB and what he went through and how he endured his tribulations and Yeshua blessed with more then he had lost by keeping his faith and honoring Yeshua through all his tribulations. I will miss hearing you say I love you and that I was blessed to have you as a son. Mom we will have eternity to be together in Paradise. When I'm finished doing what the Lord wants me to do. Until then ma I will continue to tell others what Yeshua has done for me how he has never left me nor has ever forsaken me though people come and go in our lives. John chapter 3 verses 16-19 Ecclesiastes chapter 3 Mathew 24 Luke 21 Genesis 6 Revelation chapters 4 through 14
John Carlson
Son
September 17, 2021
Showing 1 - 10 of 10 results