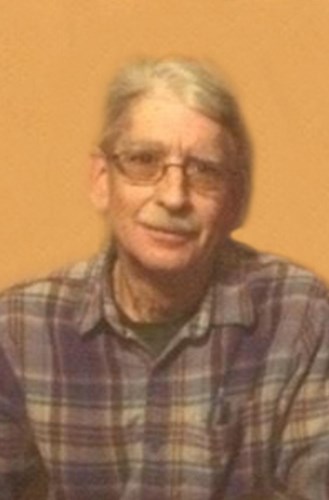 Michael was a die-hard NASCAR fan and the owner of Zippy's Heating and was often called "Mr. Meriden" as he knew everyone in town. He will be dearly missed by all.

Family and friends are invited to attend calling hours on Tuesday, December 7th from 4:00 - 7:00PM at the John J. Ferry & Sons Funeral Home, 88 East Main St, Meriden. A Memorial Service will begin at 6:45 pm. Burial will be private. In lieu of flowers, contributions in his memory can be made to the Meriden Humane Society, 311 Murdock Ave, Meriden, CT 06450. For online condolences, please visit jferryfh.com.

Published by The Record-Journal on Dec. 6, 2021.
To plant trees in memory, please visit the Sympathy Store.
MEMORIAL EVENTS
Dec
7
Calling hours
4:00p.m. - 7:00p.m.
John J. Ferry & Son
88 East Main Street, Meriden, CT
Dec
7
Memorial service
6:45p.m.
John J. Ferry & Son
88 East Main Street, Meriden, CT
Funeral services provided by:
John J. Ferry & Son
MAKE A DONATION
MEMORIES & CONDOLENCES
Sponsored by John J. Ferry & Son.
12 Entries
Lisa,Chris ,Kim sorry to hear about mike our condolences
Rod and Kim Bush
December 10, 2021
Michael (Zippy) & his family have been our neighbors for years. Our daughter Rachel played with Mike & Lisa's son, Kris when they were quite young. Mike was always happy & friendly whenever we spoke. We hated seeing him having to be with Oxygen but, we never heard him complain. We will miss seeing you outside but, happy your not struggling anymore...Goodby neighbor
The Bisson family
December 9, 2021
Kris and family, very sorry for your loss. I remember meeting your dad at Engine 4, he was a very nice man.
Mike Fisette
December 8, 2021
Lisa, Kim, Chris and family, So sorry to hear of Mikes passing, he was such a warm and caring guy. Sending hugs and peace to you all during this difficult time.
Christine and Sergio Medina
December 7, 2021
Dear Joanne and family, So very sorry for your loss of Mike. May you all treasure fond memories of him forever. Sincerely, MaryAnn Timek and Wendy McKay
Wendy Timek McKay
December 6, 2021
Joanne, so very sorry for the loss of your son. May God give you and the family peace while he is in God´s embrace. Joan
Joan D´Orsi
December 6, 2021
Sending love and prayers to the entire Leahy family.
Bryant and Connie Tobler
Friend
December 6, 2021
Dear Joanne, My deepest sympathy and prayers on the loss of your son. May he Rest In Peace. Sincerely, Jane
Jane Salerno
Other
December 6, 2021
I am very sorry for your loss.
Lori Purcell
Friend
December 6, 2021
So sorry to hear about Mike. My condolences to the Leahy family.
Michael Veillette
Friend
December 6, 2021
Rest in Peace Zippy. Thank you for all you have done for our families and for everyone in Meriden. You will be truly missed. Have fun watching #3 racing around Heaven.
Bob and Connie
Friend
December 5, 2021
Kris & Family, I am so sorry for your loss.
Kevin Danby
Friend
December 5, 2021
Showing 1 - 12 of 12 results