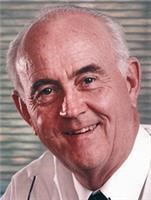 BORN
1934
DIED
2017
FUNERAL HOME
Beecher and Bennett Funeral Home - Meriden
48 Cook Avenue
Meriden, CT
MERIDEN - Philip T. Ashton, 82, husband of Jane (Bishop) Ashton, passed away peacefully at home on Friday, Jan. 27, 2017. He was born in Meriden on Feb. 24, 1934 to the late Philip E. and Millicent M. Ashton. Philip was a graduate of Meriden High School, class of 1951, and Yale University, class of 1955, with a Bachelor of Science degree in Mechanical Engineering.

He began his career in 1957 as a cadet engineer with Conn. Light & Power Co. After holding various positions at CL&P and subsequently Northeast Utilities, Phil was selected Vice President of Transmission and Distribution in 1978 and in 1982 became Senior Vice President and General Manager of N.U.'s Gas Business. In 1989, Phil was honored to be chosen Chief Executive Officer of newly incorporated Yankee Energy System Inc., a position he held until his retirement in March of 1995. Phil was very involved in his profession through many organizations, including registered Professional Engineer, Treasurer and Vice President of the Power Energy Society, President of the Guild of Gas Managers, Chairman of the New England Gas Association, Chairman of the Iroquois Pipeline Management Committee, and Director of the American Gas Association, to mention only a few.

He loved his family, talking about and volunteering in politics, studying history with a special affinity for Winston Churchill, and was fascinated with all things related to Bermuda.

In addition to Jane, his wife of 60 years, Philip is survived by his four children and their spouses: Debbie and Tom Molloy, of Meriden, Kate and Stephen Grice, of Georgia, Bob and Susan Ashton, of Virginia, and Stuart and Krissi Ashton, of New Jersey. Philip also had 10 cherished grandchildren: Ryan and Daniel Molloy, Taylor and Nathan Grice, Catherine, Philip, Emily, and William Ashton, and Nicholas and Stefan Lazaroae.

A memorial service honoring Philip's life will be held on Saturday, Feb. 4 at 11 a.m. at the First United Methodist Church, 159 E. Main St., Meriden. Burial will be private. The Beecher and Bennett Funeral Home, 48 Cook Ave., Meriden, has been entrusted with the arrangements. In lieu of flowers, contributions in Phil's memory may be made to the Community Foundation of Central Connecticut (http://www.communityfoundationcc.org; 35 Pleasant St., Meriden, CT 06450). To send a condolence to his family, please visit www.beecherandbennett.com.
Published by The Record-Journal on Jan. 29, 2017.
To plant trees in memory, please visit our Sympathy Store.
MEMORIAL EVENTS
Feb
4
Memorial service
11:00a.m.
First United Methodist Church
159 E. Main St, Meriden, CT
Funeral services provided by:
Beecher and Bennett Funeral Home - Meriden
MAKE A DONATION
MEMORIES & CONDOLENCES
35 Entries
Phil Ashton will be remembered as the champion of flood control in Meriden. He always kept his word to manage floodwater without harming downstream neighbors such as Wallingford.
Mary Mushinsky
February 12, 2017
I was very sorry to read of Phil's passing. Meriden has lost a great friend and leader.
Stephen Milas
February 7, 2017
My dear friend Phil- you were a wonderful person and I truly appreciate all you had done for our city and for ME. I admired your strength throughout and will truly miss you. You're in a better place now and I am sure you are smiling down on us all. Until we meet again my friend -
Rose Bruenn
Rose Bruenn
February 6, 2017
My deepest heartfelt to the Ashton Family on your loss. Phil always had Meriden, his family and friends first and foremost. Growing up as a life log Meriden resident he and My dad were close during their political days here in Meriden. A true gentlemen and scholar in deed. In our thoughts and prayers. May Phil rest in peace with the angels. God Bless

Regards,
The Gonzalez Family
Elmer A, Caroline and Kids
Elmer A Gonzalez
February 4, 2017
heartfelt condolences to the bereaved family.. Praying for comfort and peace for your family
Novelyn Cosmiano
February 4, 2017
To the Ashton Family: My heartfelt sympathies go out to the family and friends during this difficult time. I hope that the promise in 1 Thessalonians 4:14 can bring comfort. Knowing that there's a hope for the ones we have lost in death can be so reassuring. Let Pray to the most high GOD
February 4, 2017
Our deepest condolences to the family of a man who was so dedicated and generous to the community. We will always remember his tireless efforts in flood control and to his work on the Land Trust protecting open space. It is sad to think that some of his dreams and visions were left undone.
Bob & Marcie Pagini
February 4, 2017
Bob & Marcie Pagini
February 4, 2017
My thoughts and prayers are with the Ashton Family. My parents, Mark and Elaine Hamilton, thought the world of him. Shelley Hamilton Mack
Shelley Hamilton mack
February 2, 2017
We fondly remember the tall, gracious gentleman walking the dog in our neighborhood. What a life of accomplishment and giving back! Condolences,
John and Chris Robinson
February 2, 2017
I remember Phil from South Broad St when I started 35 years ago. What a great guy! So sorry for you loss
Anne Sheehy
February 1, 2017
Dear Debbie and Family,
My deepest sympathy to you in the passing of your father. Mr. Ashton did so much for the city of Meriden to make my hometown a better place to live and work. He will be missed by many. Prayers and healing light are sent to you.
Irene Veillette
February 1, 2017
My condolences to you and your family, it is never easy loosing a loved one, may Gods promise for the very near future help you endure these difficult times, 1 Thessalonians 4:14.
February 1, 2017
Although we can't be there with you at this time, our thoughts and prayers are with you, Jane. We loved Phil. He was a great neighbor, a champion of our beautiful lake and a dear friend. May he Rest In Peace.
Cheryl & Jim Duey/Ingala
January 31, 2017
Dear Jane and family,
My sincere condolences upon the passing of Phil.
He has always been a great asset to the city of Meriden with all his many contributions to the betterment of our community. May the memories of this great gentleman give you comfort. You are in my prayers.
Maryann Leonard
Maryann Leonard
January 31, 2017
Jane, very sorry to hear of Phil's death. He was always the ultimate gentleman, and always sought to make Meriden a better place, which always impressed me along with his and your efforts for the Red Cross.
Michael Barker
January 31, 2017
I have fond memories of working with Phil at Northeast Utilities. He was a wonderful man and contributed so much to the City of Meriden. My condolences to the family. RIP Phil.
Tina Manley
January 31, 2017
So deeply sorry for your loss. May God's wonderful future promises console your hearts. (John 6:40)

WW
Florida
January 31, 2017
I was hired by Phil and always thought highly of him. So sorry for his loss.

Paul Melluzzo
Paul Melluzzo
January 30, 2017
Love and prayers go out to all. You will be greatly missed. I will never forget your great leadership as the fellowship leader, as a friend and a wonderful father. You have given many great memories to many of us. Condolences to your Family.
Beverly Heselton Jenkins
January 30, 2017
It was an honor to have served together with Phil on the Central Connecticut Foundation's Board. He was a caring and compassionate gentleman and will be missed by many.
Alan Ponchick
January 30, 2017
So sorry to hear of Phil's passing. He was a wonderful man. My thoughts and prayers go out to your family.
Linda Owsianik
January 30, 2017
As a member of BLA I extend my sincere sympathy to Philips family.
Marjorie Kimball
January 30, 2017
Your membership on the Siting Council made us a better and smarter group. You can never be replaced and you will be greatly missed.

Dan(or as you called me Danny)Lynch
January 30, 2017
Sending my prayers & love to Katie's whole family. Holding all of you up in prayer.
Melissa White
January 30, 2017
Meriden has lost a Great Citizen. Sincere Condolences to His Family May He Rest In Peace
Meriden Citizen
January 29, 2017
The John Lippolds send their condolences and love.

January 29, 2017
January 29, 2017
Dear Jane,
How fortunate we Adams feel to have spent quality time with you and Phil. We are so very sorry for your loss and offer you our sincerest sympathy, condolences and of course our prayers.
Fondly,
Jack and Ann
January 29, 2017
Dear, Jane, So sorry to hear of Phil's passing but he is at peace now. Know that I can feel your grief as I have been there myself. I am glad we were able to have our 65th Class Reunion with Phil enjoying it. God Bless You!
Marie Barucci West
January 29, 2017
Phil was a very caring person. He took the time to explain issues to me so I could better understand them. He deeply loved Meriden and did all he could for Meriden. Meriden has a very large void now. RIP Phil.
Frank Lewandowski
January 29, 2017
I am sorry for your loss, Jane. May your happy memories bring you peace and comfort.
Fondly,
Dolores (Sadlowski) Carron
Newington, CT
Dolores Carron
January 29, 2017
Jane, Debbie, Kate, Bob, and Stuart:

Phil was a wonderful neighbor and role model for us. So sorry to read of his passing.

Jo Ann, John, and James McManamy
January 29, 2017
Phil was a wonderful travel companion, a terrific European tour guide and fellow traveler, a delightful and knowledgeable Bridge partner, and an avid Backgammon observer.
January 29, 2017
Many memories of a wonderful civic role model, father, husband and Christian. Our love and condolences to the entire Ashton family.
David and Leisha Spencer
January 28, 2017
He was a good man.
Bill Corvo
January 28, 2017
Showing 1 - 35 of 35 results