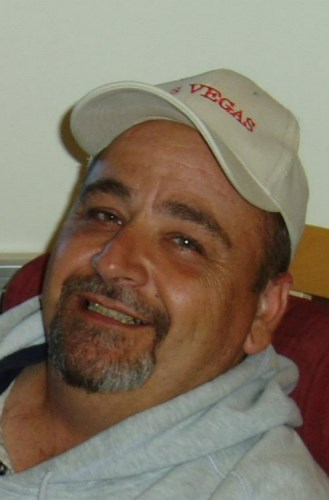 Ralph enlisted in the US Navy, serving aboard the USS Saipan. He was a certified flight-deck crash, fire and rescue expert. Upon completion of three years active-duty he served in the Naval Reserve for an additional two years.

He was well known throughout Meriden for his coaching skills. He coached baseball and softball for 27 years, as well as several years of his children's school soccer and basketball teams. This earned him the loving nickname of Coach Ralph throughout Meriden.

Ralph began playing drums at an early age which developed into a lifelong passion for music. As an adult, he played with various bands throughout the state. At the time of his death he was a member of the band, Lori & the Legends and performing shows regularly.

In lieu of flowers, a memorial donation can made to the St. Jude Children's Research Hospital at www.stjude.org/give/memorials-and-dedications.html

Published by The Record-Journal from Oct. 27 to Oct. 28, 2021.
To plant trees in memory, please visit the Sympathy Store.
MEMORIAL EVENTS
Oct
28
Calling hours
5:00p.m. - 8:00p.m.
Hamden Memorial
1300 Dixwell Avenue, Hamden, CT
Oct
29
Interment
9:00a.m.
State Veteran's Cemetery
317 Bow Lane, Middletown, CT
Funeral services provided by:
Hamden Memorial
MAKE A DONATION
Please consider a donation as requested by the family.
MEMORIES & CONDOLENCES
Sponsored by Hamden Memorial.
3 Entries
Regina & Family and Diane; Was shocked when I read of Ralph's untimely passing. Ralph always left me with a smile on my face, I'm sure he will be missed. My prayers are with you all. Bruce Fogg
Bruce Fogg
Friend
November 1, 2021
So sorry for such a great loss. He truly made his mark in this life. I am so impressed about the many things he gave his time to. I am blessed to have known him through The Boomers and Lori and the Legends. I loved him as a dear friend.
janice palin
Friend
October 28, 2021
Dear Reginia and family, so sorry to hear about the passing of Ralph. He was a great guy and will be missed by many. Prayers and hugs.
Bob and Sharon Mercaldi
Family
October 27, 2021
Showing 1 - 3 of 3 results