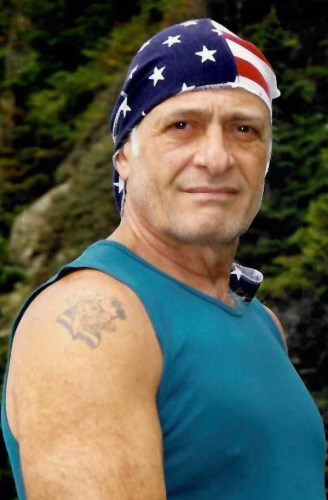 FUNERAL HOME
Plantsville Funeral Home
975 South Main Street
Plantsville, CT
Dr. Richard J. Landino, 83, of Southington, passed away peacefully at his home surrounded by his loving family on Thursday, September 2, 2021. He had been the beloved husband of Nancy Landino for 49 years. Richard was born on March 11, 1938 in New Haven, CT, to the late Peter and Concetta Landino. At a young age, his family moved to West Haven where Richard spent his youth at Savin Rock as one of the "Rock Rats". He went on to graduate from Notre Dame High School and then off to Providence College and University of Maryland Dental School. After training to become an oral surgeon and serving in Korea with the United States Air Force, in 1974, he settled into Southington with his wife and young family. Known by many as "Doc", Richard opened his oral surgery practice over Riccio's on North Main Street. Nearly twenty years later, Doc decided to close up his practice, went back to school, and re-emerged as a physical therapy assistant. For the next two decades, he worked for Wolcott View Manor Nursing Home in Wolcott, CT. Almost immediately after arriving in town, another very important chapter in his life began. Richard joined the Southington YMCA and for over 45 years had a continuous presence there five days a week where we could be found running along the streets of downtown with "the guys", pumping iron in the weight room, or holding court in the front lobby. Richard will be remembered for his quick wit, devotion to family, care of others, hiking, biking and hunting adventures and for his unique style for not taking the road most traveled or most socially accepted but rather the one he believed was right. Richie did it his way! Richard is survived by his son Anthony J. Landino and his wife Christine of West Hartford and his daughter, Nicola O'Rourke and her husband Jim of Southington and 3 cherished grandchildren, Olivia, Joseph and Jameson. He is also survived by his sister, Jacqueline Catania and her husband Ronnie, his brother Robert Landino and his wife Eileen and his sister Rosemary Hofmiller and her husband Robert. Richard will be sorely missed by his sister-in-law Sharon Francis and her husband Ken O'Connel of Conway, South Carolina. He was a loving uncle to his nieces, Jennifer, Stephanie, Jacqueline and Lindsay and nephews, Dino, Mark, Corey and David. He was predeceased by his beloved wife Nancy and precious nephew, Michael Landino. In lieu of flowers, please consider making a donation to the Southington Community YMCA, 29 High St, Southington, CT 06489 Attn: Mark Pooler. Plantsville Funeral Home has been entrusted with handling the arrangements. For online condolences, please visit www.plantsvillefuneralhome.com

Published by The Record-Journal from Sep. 10 to Sep. 5, 2021.
To plant trees in memory, please visit the Sympathy Store.
MEMORIAL EVENTS
Sep
9
Calling hours
4:00p.m. - 7:00p.m.
Plantsville Funeral Home
975 S. Main St, Plantsville, CT
Sep
10
Mass of Christian Burial
8:30a.m.
St. Thomas Church
99 Bristol St, Southington, CT
Sep
10
Burial
State Veteran's Cemetery,
Middletown, CT
Funeral services provided by:
Plantsville Funeral Home
MAKE A DONATION
MEMORIES & CONDOLENCES
Sponsored by Plantsville Funeral Home.
12 Entries
I met Rich when he was a resident at Worcester City Hospital in 19-69-1970. We became good friends right away. I am so sorry to hear of his passing. He definitely was a person that had his own mind. God speed Rich.
Betty Wilson
Other
September 28, 2021
Richie Landino: I have not heard that name in almost 70 Years. You were the guy with the white hat and white apron flipping hamburgers at Savin Rock across from the WHIP! I believe the year was 1953 and I was the 13 year old West Haven girl who had a BIG crush on you and watched silently as you worked....We never met. Today, so many years have passed, so many changes, but fortunately, I was on computer viewing West Haven Now and Then after living elsewhere for many years and came across your obit. Funny how co-incidences happen! I send my deepest condolonces to your family.
Judith Sullivan Harris Potter
September 16, 2021
My heartfelt sympathy to the whole Landino family. Rich was one of my father's oldest and best friends, and I will never forget the fact that he came to the house and sat with my father in the hours just before his death, comforting him and sharing conversation and memories. Such true friendship is a blessing in this life, and I am certain that it continues into the life to come. I will always recall fondly sharing stories with Rich of the teachers we had in common at ND and PC, as well as the chilly Thanksgiving mornings watching the Green Bowl. May he rest in peace.
Joe Corradino
September 9, 2021 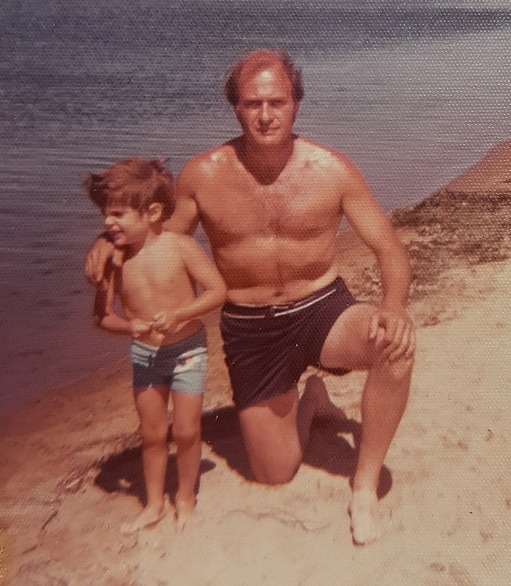 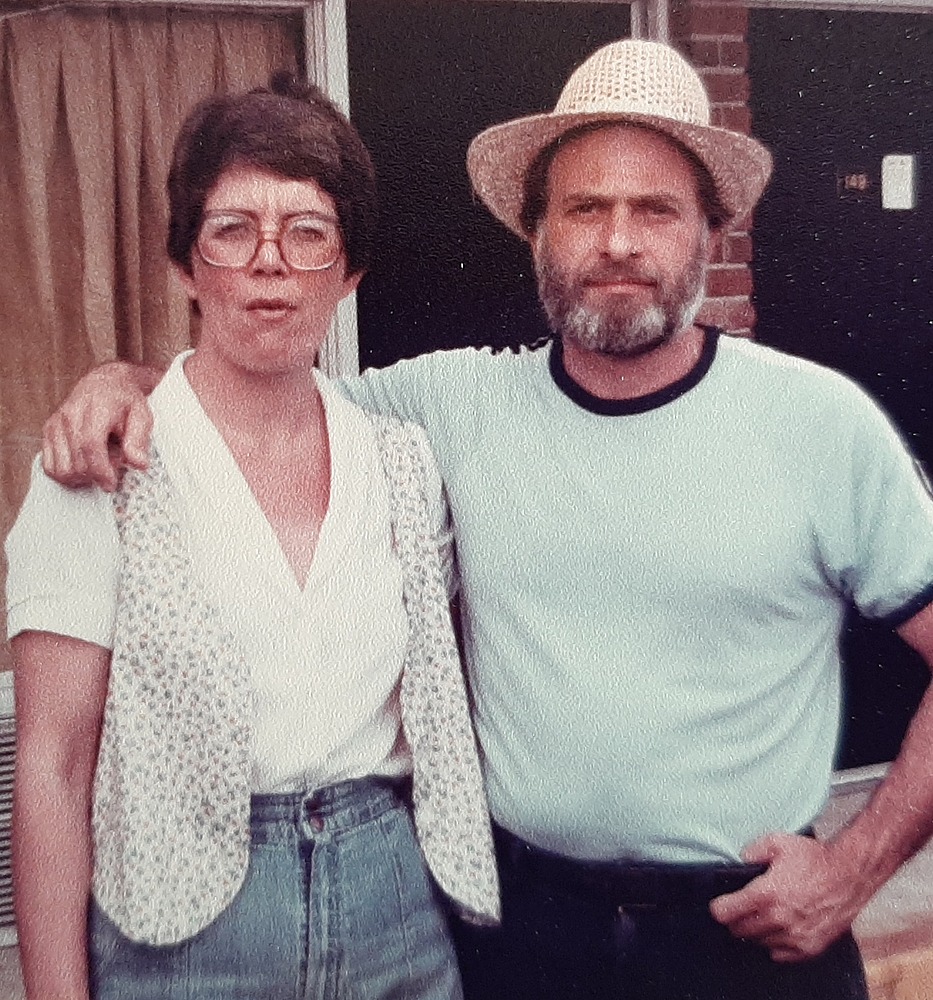 Theresa Voisine-Tatro
Friend
September 6, 2021
To Tony, Nicki, Rosemary, Bobby, Eileen, and all of Doc's Family & Friends who All Loved him! I was so saddened by the news of his passing, please find comfort in the memories you all made with Him, along his path in Life! I for one will always cherish & hold the memories I are etched on my Heart, especially all the vacations to Rhode Island and Florida that I have joined them on. 1 of my jobs as being Tony & Nicki's babysitter when they were young, was to have his spaghetti cooked on Thursday nights, after he got home from doing "His Rounds" at the hospital. He was very particular in the way he liked his pasta cooked, and if it wasn't "Al Dente" he would casually ask Me why I overcooked it, or why it was too starchy...but he ALWAYS ate it! I'm sure Nancy "Welcomed him" when he arrived in Heaven!!! Doc was definitely "1 of a kind", and I'm glad I have the memories that I do! Rest in Peace Doc!!! You were a Great Man!!! With Love and Much Respect! Theresa Voisine-Tatro
Theresa Voisine-Tatro
Friend
September 6, 2021
Condolences to the entire landing family for your loss
Skarlos John and rose
Friend
September 6, 2021
To the Landino-O'Rourke family, An era has passed in Southington. Richie Landino was as recognizable in town as any local landmark. There are no platitudes to cover the breadth of this man's remarkable experiences and character. On a personal level, I have lost a friend, a mentor, and one of the most solid people I have ever known; irreplaceable. May your many memories of this unique individual comfort you at this time. May God welcome Richie into his house and may heaven be the final peak he shall ever scale.
Thomas M D'Allesantro
September 5, 2021
Rest in Peace- Rich Prayers for the family !!!
Russell Sperry
Friend
September 5, 2021
Sorry for your loss.
Patti Proscino
September 5, 2021
May God bless you and your family in this time of sorrow.
jerry kard
Friend
September 5, 2021
To the Landino family; we are sorry for your loss. Rich was a really nice guy.
Jocko and Nancy Girasuolo
September 4, 2021
Showing 1 - 12 of 12 results