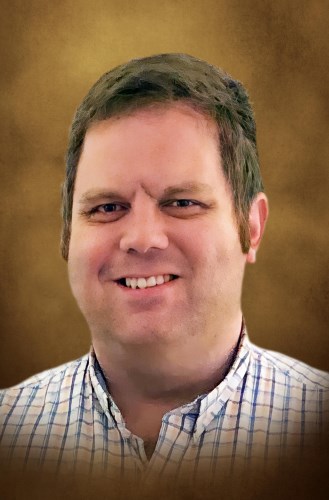 BORN
12/10/1986
DIED
7/1/2021
ABOUT
Xavier High School
FUNERAL HOME
B.C. Bailey Funeral Home
273 South Elm Street
Wallingford, CT
Robert Gardner Beaumont, 34, a life-long resident of Wallingford, passed away unexpectedly due to a medical condition on July 1, 2021 at his family's second home in Little River, South Carolina, with his family by his side. He was born in Meriden, CT, on December 10, 1986, the son of Robert N. and Noma Gardner Beaumont.

Bob had been previously employed by Walgreens in Hartford and New Britain. Bob was an Eagle Scout from Troop 4 at St. Paul's Episcopal Church in Wallingford, a graduate of Xavier High School, Dean College, and Westfield State College where he received his B.S. magna cum laude in Business Management. He was an avid photographer and rail fan who photographed countless trains from Maine to South Carolina and to the Midwest for his own enjoyment and for publication in various rail fan magazines. To many people, he was known as a human GPS because of his vast knowledge of the road systems of the Northeast United States, which he used to help other rail fans chase and photograph trains. He was intensely interested and exceptionally knowledgeable about politics and government on the local, state and national levels, always being eager to discuss the issues of the day, and the way things ought to be. He was a member of the Wallingford Republican Town Committee, the CCDL, the Connecticut Republican Assembly and other organizations that reflected the values of freedom he so strongly advocated for. To say that he loved his family, town, state and country with great passion would be an understatement.

In addition to his parents, he is survived by his sisters, Catharine Beaumont of Wallingford and Tamzen Kelly and her husband Walter of North Haven, and was the beloved uncle to Trey, Kieran, Liam, Erin, and Caleb Kelly, all of North Haven. He also leaves his aunt Roberta Spiegel and his cousins to cherish his memory. He was predeceased by his grandparents, Catharine Norton Beaumont and Robert Edell Beaumont, and Regina Grasser Gardner and Jock Clifford Gardner, his aunt and uncle Joan and David Piper and uncles Morgan Mitchell and Edward Spiegel.

His family will receive family and friends at the B.C. Bailey Funeral Home at 273 South Elm Street, Sunday, July 11th from 4:00 PM to 7 PM. There will be a service celebrating Bob's life at B.C. Bailey Funeral Home at 10:00 AM on Monday, July 12th, followed by interment at In Memoriam Cemetery. In lieu of flowers, donations may be made in his memory to the Sequassen Alumni Association c/o Mike Migliore, 134 Woodlawn St., Hamden, CT 06517 or https://sequassenalumni.org/, or to Xavier High School, Office of Advancement, 181 Randolph Rd., Middletown, CT 06457 or https://www.xavierhighschool.org/.

Published by The Record-Journal from Jul. 8 to Jul. 6, 2021.
To plant trees in memory, please visit the Sympathy Store.
MEMORIAL EVENTS
Jul
11
Service
4:00p.m. - 7:00p.m.
B.C. Bailey Funeral Home
273 South Elm St., Wallingford, CT
Jul
12
Funeral service
10:00a.m.
B.C. Bailey Funeral Home
273 South Elm St., Wallingford, CT
Jul
12
Graveside service
11:00a.m.
In Memoriam Cemetery
18 Maplewood Ave., Wallingford, CT
Funeral services provided by:
B.C. Bailey Funeral Home
MAKE A DONATION
MEMORIES & CONDOLENCES
Sponsored by B.C. Bailey Funeral Home.
11 Entries
Very sorry to hear about Bob's passing.I will miss railfanning with him and talking trains and politics.
Larry Watkins
Friend
November 8, 2021
My heart goes out to you Noma and Bob and your family. There are no words to express to let you know how sorry I am for you and your family. May God be with you through your hard times.
Gretchen Gustavson
Friend
July 14, 2021
I just found out about Bob´s untimely death. To say that I´m shocked is a huge understatement. Although we didn´t agree politically, I hope to love my town, state and country as much as Bob did. This goes to show to everyone that the only certainty in life is that which we least expect when we foresee it at all. My most sincere condolences to everyone of Bob´s family and friends, especially his parents Bob (whom I have the honor of calling a friend) and his mother Noma. As I always say, those whom we love although they may have died will forever live in our hearts
Peter Gouveia
Family
July 12, 2021
Bob was a truly unique and unforgetable personality: super intelligent, persistent, kind, honest, loving and strong. He has left an indelible mark on all who knew him. His passing is a sad loss for his family and for so many others. With love and sympathy, Rick and Sylvia
Rick and Sylvia Dighello
Friend
July 10, 2021
So sorry to hear of the loss of your son Robert. May he Rest In Peace. We will offer prayers for him and the family. God Bless.
Ed Adams
Other
July 8, 2021
Bob and Norma,we are keeping you in our thoughts and prayers with the unexpected passing of your son Bob!!!!
Franz and Bonny Kremzar
Other
July 7, 2021
my sincerest condolences to Bob's whole family and also his closest friends. Wishing you all love and comfort throughout your grieving . Bob was a great guy and will be sorely missed. He will live on through our memories of him. Please Keep the thought of his spirit close to your heart. Scott Wilson New London CT Past CCDL President
Scott Wilson
Other
July 6, 2021
I cannot believe you are gone, Bob. I will always cherish the good times we had together at Xavier and beyond. I will keep your family in my thoughts and prayers. God bless you Bob...see you again someday!
Jason J
School
July 6, 2021
I enjoyed an active scouting experience with Bob. He always had a smile on his face and always made people laugh with his quirky antics. Days have gone by with past memories of good times at scouting events with fellow Eagle scout Bob. My deepest condolences to the family and friends of Bob. The world was a better place because of Bob. Sincerely Rob Fortin, Eagle scout from Troop 4
Robert Fortin
Friend
July 6, 2021
Bob had traveled well the rails. He had many fascinating railroad pictures to share one always knew that he was bitten by the the rails and all the trains that travel them. He always had an adventure to share with fellow scouts scout leaders and families of true for Wallingford Connecticut. His spirit for life liberty and happiness was passed on to all he met. I had the opportunity to see Bob on his trail to Eagle scout a great honor.Bob has gone west too soon. It is with sincere sadness to hear of his passing. Condolences to Bob's family and friends who shared his wonderful life. Carol Fortin former troop 4 leader
Carol Fortin
Friend
July 6, 2021
We are shocked and very sad to hear this news. Bob and our son Joe met at Dean College and both were very interested in all things railroad. Bob stayed at our home a couple of times on weekends when they planned an excursion to photo trains passing through a tunnel in the Berkshire´s. We always loved Bob´s `old soul´ demeanor and his politeness. I learned a lot from Bob when we went to the Big E and walked through the model railroad exhibits. Our thoughts and prayers are extended to all his family and friends at this time of sadness. God bless Robert Gardner Beaumont, a kind and gentle spirit.
Don & Peggy Callen
Friend
July 5, 2021
Showing 1 - 11 of 11 results