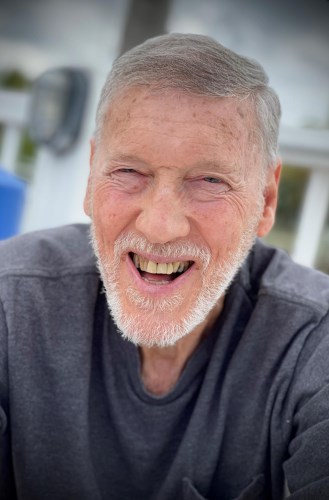 BORN
12/22/1946
DIED
9/15/2021
FUNERAL HOME
Toale Brothers Funeral Home & Crematory - Colonial Chapel
40 N Orange Ave
Sarasota, FL
We are sad to share the passing of Robert L. Hamm, 74, of Bradenton, FL, and formerly of Norwalk and Wallingford, CT, on Wednesday, September 15, 2021 after battling multiple long illnesses. He was surrounded by his loving wife of 37-years, Kelly Billmeyer Hamm and his two wonderful children, Brett Robert Hamm and Audrey Loren Hamm. He adored his kids so much, and was incredibly proud of them. He will be missed beyond words.

Robert was born on December 22, 1946 in Norwalk, CT. Robert was an extremely proud American who loved this country immensely. He graduated from Norwalk High School in 1964. He served his country as a Chef in the Navy, and one of his proudest moments was to serve alongside Seal Team II. He often shared his Naval experiences, especially stories about traveling throughout the Mediterranean Sea and Europe.

He was affectionately referred to as "BobHamm" a nickname given to him by his wife, and adopted by almost every one of their friends and family members. Bob Hamm spent the majority of his career as the Chef at Silvermine Golf Club in Norwalk, CT, where he actually began as a caddie/bag boy at the age of 12 before working his way up to head chef. Silvermine is where he met his wife, Kelly, and the two were best friends until his death. In addition to his career at Silvermine, Bob Hamm also worked at Hewitt Associates and finally ended his career at Anthem BCBS of CT.

Bob was so happy to relocate to Florida after many years of CT winters. He and Kelly loved being members of the Bradenton Yacht Club, and enjoyed spending time on their boat, the Sunday afternoon Tiki Bar lunches, and even at the docks reading or watching a Yankees Game. He loved country music, Bob Dylan, gardening, and a good barbecue.

Bob was predeceased by his parents, Vincent and Josephine Hamm. He is survived by his loving sister Lynn Reid and her husband Kevin, and their children Gregory, Melissa, and Steven. Bob Hamm was also a huge part of the Billmeyer family, and will be tremendously missed by in-laws David & Kim Keyser, Pam & Gary Falcone, Wendy & Willy DeForge, Stacie Woodaman, and Blake and Robin Billmeyer. A whole troupe of loving Billmeyer nieces and nephews - Jesse, Laurie, Matt, Steven, Katie, Kristen, Scott, Brien, Megan, and Emily will miss him as well. Finally, he will be sorely missed by his adoring mini Aussies - Bindi and Bowie, who brought him so much happiness and joy. They will miss his daily frisbee-throwing sessions.

The family would like to thank the dedicated professionals from Tidewell Hospice, especially Robert's nurse - Brian - for providing him with superior care, comfort, and respect during his final weeks.

The family invites friends and family to pay respects and join them for a Celebration of Robert's life on Saturday, October 2nd. The open house will be held between 1:00 - 4:00 pm at 55 Talcott Rd., Glastonbury, CT 06033.

If you would like to make a donation in Robert's memory, please consider doing so to Tidewell Hospice Foundation, 5955 Rand Blvd., Sarasota, FL 34238 or The Billmeyer Memorial Foundation, c/o Blake Billmeyer, 2 Tryon Rd., Norwalk, CT 06851, which supports the Whittingham Cancer Center at Norwalk Hospital.

Friends may send condolences to the family at www.toalebrothers.com.