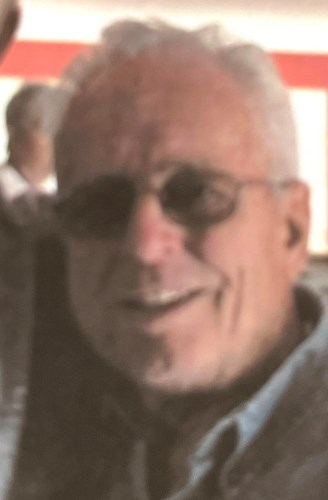 BORN
1924
DIED
2021
FUNERAL HOME
Wallingford Funeral Home
809 North Main Street Ext.
Wallingford, CT
Robert "Bob" Tebo, Jr., 97, of Wallingford, passed away peacefully at his home on Friday, October 8th, surrounded by his beloved family. He was born in Brooklyn, NY on July 13, 1924 to Madeline Newkirk Tebo and Robert Pascal Tebo, Sr. As a young man, Robert enlisted in the United States Marine Corps, proudly serving our country during WWII. After he served his country, he worked for Western Electric until his retirement. Upon moving to Wallingford, he served as Constable for the town for many years. Robert was also one of the oldest members of the town's senior softball league, sliding into base well into his 80s. Robert lived life to the fullest. Even in his latter years, he was a good husband to his wife Barbara, enjoying many countryside drives and lunch out daily. An outdoorsman, he loved all that nature had to offer and shared those experiences often with his family. He loved to visit and hike at Bash Bish Falls, Sleeping Giant and Copake Lake. He was an experienced sailor taking his boat out on many weekends. He enjoyed playing golf, hunting with his brothers, and camping with his daughters, all the while teaching that simplicity kindled peace and that every moment in life held tremendous value. One of his favorite places was the Great Sacandaga Lake in the Adirondack mountains, for which he held so much fondness; a small piece of heaven where family gathered. What Robert did not know how to fix, he would learn with great patience long before the days of Google searches. He exemplified patience, kindness, and love, teaching his daughters and grandchildren everything by example. Whether it be swimming, skiing, chess, softball in the yard, archery, his daughters and grandchildren never lacked a personal coach. Poppie, as he was fondly known to his grandchildren, loved to watch their sporting events and joined them on many occasions, always adding life to the party. A generous man in every respect, he filled our hearts with such gratitude and left us with more memories than could fill the pages of a great novel. The unconditional love he displayed to his family was the best gift of all. Robert was predeceased by his beloved wife, Barbara, his mother Madeline Newkirk, his brother William, his sister 's Jane and Mary and his grandchild, Mathew Thurston. Robert is survived by his brother John Tebo. He leaves 4 daughters; Leslie White and husband Rick of Meriden CT, Blair Watton of Branford, CT, Robin Thurston and husband Robert of Wallingford, and Alison Tebo of Wallingford, CT. His 9 Grandchildren: Jenny Bosco, Melissa Bukhari, Jaime Fisher and husband Joshua, Garrett Tebo and wife Marlaina, Robert Watton and wife Nicole, Cassidy Nicholas and husband Alex, Jacqueline Thurston, Mary Leapley and husband Liam, and Jill Thurston. Robert also leaves 16 great-grandchildren: Natalia, Antonio, Clara, Alina, Shepard, Lucy, Miles, Dresden, Nadine, James, Fiona, Quinn, Malcolm, Benjamin, Jaxbee and Leo. A private memorial service will be held in CT with family members. Arrangements are under the direction of The Wallingford Funeral Home. www.wallingfordfh.com

Published by The Record-Journal from Oct. 17 to Oct. 18, 2021.
To plant trees in memory, please visit the Sympathy Store.
MEMORIAL EVENTS
To offer your sympathy during this difficult time, you can now have memorial trees planted in a National Forest in memory of your loved one.
Funeral services provided by:
Wallingford Funeral Home
MAKE A DONATION
MEMORIES & CONDOLENCES
Sponsored by Wallingford Funeral Home.
5 Entries
Blair, Robin and family... Sorry to hear of the passing of your Dad. Thoughts and prayers are with you and the rest of your family during this difficult time.
Maryann Giannotti Nesto
October 17, 2021
Blair and family, We are so sorry for your loss. What a beautiful obituary that really showed how much your father touched everyone´s life. Please know that you and your family are in our thoughts during this difficult time. Love , Trish and Darin Greer
Trish & Darin Greer
Other
October 15, 2021
Wow! What a thoughtful obituary! He sounded like a wonderful man - someone that everyone loved or wished they knew. I can see Robin in his handsome face. My sympathy to all of his family and friends.
Claudia Johnson
October 15, 2021
As the days and weeks pass, and as you return to life's routine, may you continue to feel comforted by the love and support of family and friends. Please find comfort in the words found at 2nd Thessalonians 2: 16,17.
DT
October 14, 2021
May God bless you and your family in this time of sorrow.
Judy Rooney
Friend
October 14, 2021
Showing 1 - 5 of 5 results