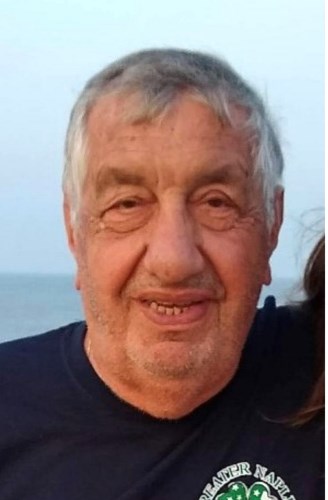 Sal was born in Hamden on September 19, 1934, a son of the late Salvatore and Lucy (Ferrucci) Cricco.

Sal served his country in his early years in the Army in the 3rd Armored Division. He went on to become employed as a Firefighter for the Town of Wallingford and retired after 35 years of Duty. Sal also enjoyed working for many years at the Oakdale after retirement.

Sal was proud to have such a wonderful, large family who looked forward to going on vacations to Cape Cod and Florida and to the Big E every year. He had many friends he met at Meriden YMCA Cardiac Rehab, and his cousin Ralph Accabo met him and other friends at Dunkin Donuts every day and all were very important to him. Sal was very active in his church community at Church of the Resurrection. Not many people new Sal was very talented in poetry in which he won several awards. Sal was a lifelong Yankee Fan and followed the New York Giants.

Sal is survived by three daughters, Susan L. Dietle, of Torrington, Lisa A. Lehr and her Husband Carl, and Gina M. Daniels all of Meriden; his Son Thomas S Cricco of Wallingford; his sister Mary Cricco of Wallingford; four grandchildren, Courtney M. Jannetty and her husband, Theodore, Stephanie N. Lehr, Steven M Daniels and his wife, Angie, and Justin M. Daniels and fiancé, Sydney Stott. He adored his great granddaughter Maddison Jannetty; and many wonderful nieces and nephews. He was predeceased by his brothers, Anthony, Peter and Andrew Cricco and his sister, Rose Schede.

His family will receive relatives and friends in The Wallingford Funeral Home 809 North Main St. Ext., Wednesday, September 8, 2021 from 4pm until 7pm. A Mass of Christian Burial will be celebrated at 10 am on Thursday, September 9, 2021 directly at Church of the Resurrection in Wallingford. (The family requests masks be worn at all services.) Interment with military honors will be in St John Cemetery in Wallingford. Gifts in his memory may be sent to the American Heart Association.

Published by The Record-Journal on Sep. 6, 2021.
To plant trees in memory, please visit the Sympathy Store.
MEMORIAL EVENTS
Sep
8
Visitation
4:00p.m. - 7:00p.m.
Wallingford Funeral Home
809 North Main Street Ext., Wallingford, CT
Sep
9
Mass of Christian Burial
10:00a.m.
Church of the Resurrection in Wallingford
CT
Funeral services provided by:
Wallingford Funeral Home
MAKE A DONATION
Please consider a donation as requested by the family.
MEMORIES & CONDOLENCES
Sponsored by Wallingford Funeral Home.
6 Entries
Sal was always a wonderful man to chat with at church, and I will miss that. But as the family appropriately grieves for his loss, I am sure that they have been sharing memories of their time with him, and I hope they have a deep awareness of the legacy he has left. (It took time for me to understand all that my father had taught and left when he passed away.) There is still much to learn and later savor.
Michael Gannon
Other
September 9, 2021
Haven't seen Sal in a long time,I regret not being in touch with him and his sister. He was a great person. RIP
Tony Curcio
Friend
September 8, 2021
May your memories of the wonderful times you shared with your loved one comfort you and your family, today and always.
American Heart Association
September 8, 2021
We will forever miss and love you Uncle Sal. You were always one of those constant pieces in our lives. I always enjoyed your visits and loved to have coffee and desserts at Mom and Aunt Marys house. Life just won´t be the same without you in it. I will forever treasure the memories we had and will always remember your wonderful hugs. They certainly were the best. Until we meet again...I hope you are celebrating up in heaven with all your loved ones. We love you!!
Stacy and Glenn Higney
Family
September 6, 2021
I first met Sal at our Cardiac Rehab Class at the Meriden YMCA many years ago. We shared many laughs, sometimes getting out of line when Phyliss and Donna would have to straighten us out, and shape us up! The twice a Year Pizza parties were always a lot of fun, imagine us in Cardiac Rehab eating Pizza? Sal and I remained friends after we finished our Rehab, I will always remember his smile, friendship, and just being a really nice guy and a Gentleman. To Sal`s Family I extend my deepest sympathy, thoughts and prayers! May his Soul rest in God`s eternal peace, he will be missed! With sincere love and peace, John A. Young Cromwell, Ct
john young
Friend
September 6, 2021
Uncle Sal. You were always a great inspiration to me and my family. You comforted me in my time of need. I hope you find peace and happiness in the next life and the JOY of reuniting with the ones you love! I will miss you terribly. Love, Nephew Tony, Jr.
Anthony T Cricco Jr
September 5, 2021
Showing 1 - 6 of 6 results