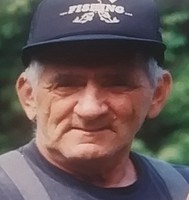 At the age of 17, Floyd left school and enlisted in the US Army. During WWII he served in Normandy, Northern France, Rhineland and Central Europe. He was decorated with the Good Conduct Medal, Victory Medal, the European African Middle Eastern Theater Campaign Ribbon with Bronze Service Arrowhead.

Upon returning from the service, Floyd worked for a potato farm in Hawley and then a logging and lumber business.

In 1964 he began his career as custodian at the Charlemont High School and in 1967 moved on to the newly opened Mohawk Trail Regional High School in Buckland. He remained at Mohawk until his retirement in 1986.

In his "retirement", Floyd returned to the woods and continued his firewood business he had started years before. He also continued to line the fields at Mohawk for the sports teams and drove their buses for away games.

In his free time Floyd loved spending a week in the summer at a camp on Lake Champlain in Vermont.

The family he leaves behind include a son Ronnie Parker and his partner June Heiddeman of Ashfield, a daughter Sandy Herzig and husband James of Buckland, nine grandchildren, twenty great grandchildren, a great great granddaughter, several nieces and nephews.

A Gathering of Family and Friends will take place Saturday, October 16 from 1:00 pm to 3:00 pm at the Smith-Kelleher Funeral Home, 40 Church St., Shelburne Falls.

Published by The Recorder on Oct. 2, 2021.
To plant trees in memory, please visit the Sympathy Store.
MEMORIAL EVENTS
Oct
16
Memorial Gathering
1:00p.m. - 3:00p.m.
Smith-Kelleher Funeral Home Inc
40 Church St, Shelburne Falls, MA
Funeral services provided by:
Smith-Kelleher Funeral Home Inc
MAKE A DONATION
MEMORIES & CONDOLENCES
2 Entries
Hi I'm so sorry for your loss. Your dad always brought sunshine to our relationship and without he and your mom I would never had the opportunity to spend summers on the lake with them. Unfortunately I am away and will not be able to attend the gathering. My best to all of his family ! With fond remembrances. Bob
Bob LaFleur
October 5, 2021
to all the PARKER AND PURINTON FAMILY, WE WERE SORRY TO HEAR OF FLOYD PASSING. HE WAS A GOOD FRIEND. WE PLAYED MANY BASEBALL GAMES WITH HIM, IN THE OLD DAYS. GOD BLESS YOU ALL.
Wayne Carey [email protected]
October 2, 2021
Showing 1 - 2 of 2 results