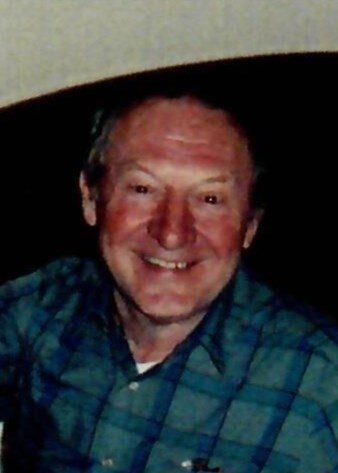 BORN
1924
DIED
2019
ABOUT
Smith Academy
FUNERAL HOME
Kostanski Funeral Home
1 Kostanski Square
Montague, MA
Frank A. Osciak, 94, formerly of Turners Falls and a current resident of the Poet's Seat Health Care Facility, passed away Wednesday 7/17/19 at the Poet's Seat Health Care Facility in Greenfield. He was born in Hatfield on October 24, 1924, the son of Michael and Regina (Sarzynska) Osciak. Frank attended local schools in Hatfield and was a graduate of Smith Academy.

Frank was a World War II Veteran, serving aboard the Sub Cabrilla Com Sub Pac 40 at the Asiatic Pacific Fleet, with the Commander Submarine Pacific 40. After his honorable discharge, Frank attended the Pennsylvania Institute for electrical training.

He worked for various electrical contractors, including working in the electrical department at the Greenfield Tap & Die for twenty nine years, before his retirement.

Frank was a very caring and devoted husband, father and grandfather.

He was a member of the St. Kazimiers Society and the St. Stanislaus Society, the VFW of Turners Falls and the Franklin County Boat Club.

On May 14, 1949, Frank married the former Mildred Kurtyka at Our Lady of Czestochowa Church by Father Joseph Szczepaniak.

Frank resided in Turners Falls during his marital years. He was extremely proud of his Polish heritage, and greatly enjoyed Polka music and dancing with his wife, Millie. They travelled to Polka dances near and far, meeting many Polka friends.

He enjoyed gardening, sports, reading, boating, carpentry and doing electrical work. Frank enjoyed travelling and went to Poland in 1998 with his brother in law, Walter Kurtyka, a trip in which Frank enjoyed very much. Frank was a very caring and devoted husband, father and grandfather.

Among his survivors, Frank leaves a son, Steven of Turners Falls; a daughter, Regina of Greenfield; a granddaughter, Cathy Pease and her husband Roger of Schroon Lake, NY and their children, Nathan, Marcus, Addison and Lauren; a grandson, Michael and his sons, Gabriel and Sabastian of Greenfield; and a grandson, Aaron and his son Cody of Greenfield; his sister in law, Helen Demko of South Deerfield and brothers in law, Francis Kurtyka of Greenfield and Stanley Fil of Hadley; several nieces, nephews, great nieces and great nephews.

Funeral services will be held Friday 7/26 at 10am at the Kostanski Funeral Home, 1 Kostanski Square, Turners Falls. Burial will follow at Our Lady of Czestochowa Cemetery in Turners Falls.

A calling hour will be held from 9am until the time of the service at the funeral home.