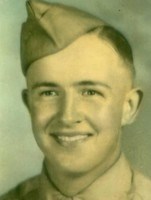 He was born in Greenfield on his mother's birthday in July of 1923, the son of Donald Newcomb Dinsmore and Elizabeth Dorothy Lockett Dinsmore. He attended Greenfield schools, and in junior and senior high school, he played the B flat clarinet and alto saxophone. James performed with the Greenfield High School band in the ceremony celebrating the first Air Mail to be flown out of Greenfield by the town's first commissioned Air Mail pilot, Walter W. Wilcox, in 1938. Besides the marching band, he was also a member of the Emeralds, the high school dance band. He graduated in the Greenfield High School Class of 1941.

James served his country in the United States Army, enlisting in the Army Reserves in 1942 while a student at Massachusetts State College, later known as the University of Massachusetts. He was called to active duty in June of 1943 and served overseas in the European Theater as an anti-tank gunner with the 100th Infantry Division. He earned the Combat Infantry Badge and was decorated with the Bronze Star for his actions in the campaign of the Maginot Line in Bitche, France and the campaign of the Siegfried Line along the Rhine River in Germany.

In April of 1946, he was honorably discharged and resumed his studies that fall. Upon graduation in 1947, he received his Bachelor of Science degree in Chemistry from the University of Massachusetts and that fall began his first year of teaching at Arms Academy in Shelburne Falls, MA.

James was married to the former Rosa Gabriela Guiu of Havana, Cuba, in the First Methodist Church in Greenfield, by the late Reverend Arthur Hopkinson on Thanksgiving Day, November 27th 1947, and they made their home in Greenfield, MA.

In the fall of 1948, he began a thirty-seven year career in secondary education in Greenfield. He taught English, math, social studies, and science until 1957, when he became a guidance counselor in the Greenfield Junior High School (later known as the Greenfield Middle School). During his years in Greenfield, he also received a Master's degree in Science (1951) and later completed a Master's Plus 30 in advanced graduate studies primarily in counseling techniques at the University of Massachusetts, Westfield University (his mother's Alma Mater), and Springfield College. He retired in July of 1985.

For several years in his spare time, James taught Driver Training for Farrell's Driving School – both on the road and in the classroom. He also worked for J.C. Penney part time. James enjoyed spending time with family, and during the 1960's, they took two cross-country camping trips. James and Rosa moved to Northfield, MA in 1986. They loved exploring the back roads of New England as well as the ocean. James also enjoyed cooking.

In later years, James especially loved reading history and fiction and would often read several books in a week's time. Always looking for an "adventure," another favorite pastime was visiting thrift stores and tag sales where he would often say that "one doesn't know they need anything – until they see it!" James enjoyed playing the electric keyboard. By the age of 80, he played bongo drums inspired by the Cuban music of Ibrahim Ferrer and the Buena Vista Social Club of his wife Rosa's native Cuba.

James thoroughly enjoyed attending exercise classes and socializing at various senior centers throughout the area. He felt that it was the exercise that kept him strong, as he'd walk four to five miles to the post office from his home several times a week.

In the spring of 2013, as James approached his 90th birthday, it was important to him that historical documents that had been handed down through the generations of the Dinsmore Family be donated to the Town of Conway, MA and entrusted to the Conway Historical Commission in perpetuity. These fourteen historical documents consisted of deeds, indentures, and appointments dating back to the reign of King George III and continuing through 1838. The first document from 1763 predates Conway's incorporation in 1767, and became the oldest document in the Town of Conway's possession as of March 15th, 2013.

There will be visiting hours on Saturday, October 23rd, 2021 from 9 to 10:30am at the Kostanski Funeral Home on Federal Street in Greenfield, MA concluding with testimonies, shared memories and prayers. Burial will be at the Federal Street Cemetery immediately following.

Per the Greenfield town mandate, face masks must be worn inside our facility.

In lieu of flowers, contributions may be made in James' name to the Dickinson Memorial Library at 115 Main Street in Northfield, MA or to the Northfield VFW Post 9874, 545 Mt. Hermon Station Road.

Published by The Recorder on Oct. 20, 2021.
To plant trees in memory, please visit the Sympathy Store.
MEMORIAL EVENTS
Oct
23
Visitation
9:00a.m. - 10:30a.m.
Kostanski Funeral Home
220 Federal St., Greenfield, MA
Funeral services provided by:
Kostanski Funeral Home
MAKE A DONATION
MEMORIES & CONDOLENCES
4 Entries
My sympathy to everyone. What a full life ! What a nice man ! Back in the 1970's, junior high, we had realized the gym was free during our study period on Tuesdays... but we needed someone to oversee our group... and sure enough Mr Dinsmore agreed to do it. I never forgot that gesture to us. Thank you again. RIP Mr Dinsmore
neil jones
October 21, 2021
I was so happy to have met Jim and his lovely daughter Pam at the Erving Senior Center. We always had some laughter and commented on his great selection of socks. I am sad to hear of his passing and send my heartfelt sympathy and love to the family.
Sharon Lamonakis
October 21, 2021
My twin sister (Pat), now deceased, remember Jimmy as a second cousin who was our 7th grade social studies teacher. Several Smead family reunions would follow over the years at which we "connected" with him ... and endeared us to him even more. Rest In Peace!
Phil Smead
Family
October 21, 2021
He was such a great guidance counselor and such a nice guy. My thoughts and prayers are with you and your family.
Robin Howe
October 20, 2021
Showing 1 - 4 of 4 results