When Juanita was a little girl
train-traveling from Cleveland south,
at the Mason Dixon line,
a conductor made her move
to the Jim Crow car. She
then proceeded to move
forward and sit in every single
white car until she had made
her courageous point.
In the 1950's she participated
in sitins at Washington DC
restaurants and was arrested.
She was a lifetime war tax
resister, refusing to give any
of her money to enable the violence
of war. She set up community dinners
in which those who could brought
food offerings, and those who could
not were able to eat.
Juanita met Wally Nelson when
she, a reporter at Cleveland's
Call And Post newspaper, was
assigned to meet a group of
WW2 conscientious objectors
who had called the paper about
the segregation at the Cuyahoga
County jail. They never felt they
needed the state to ratify their
relationship. One morning at 6am
she heard knocking at her door. It
was the FBI there to arrest her
for not paying taxes. They told
her to go get dressed. She,
believing in noncooperation with
the police, refused to change from
her robe.

She died this month.
Thank you Juanita, for being.

MKJ, 2 decades younger, narrated
the events in this story.
Saiom Shriver
March 21, 2015
May your hearts soon be filled with wonderful memories of joyful times together as you celebrate a life well lived.
March 16, 2015
love you, Juanita !!

may you rest in peace and may the spirits of you and Wally with us always ... 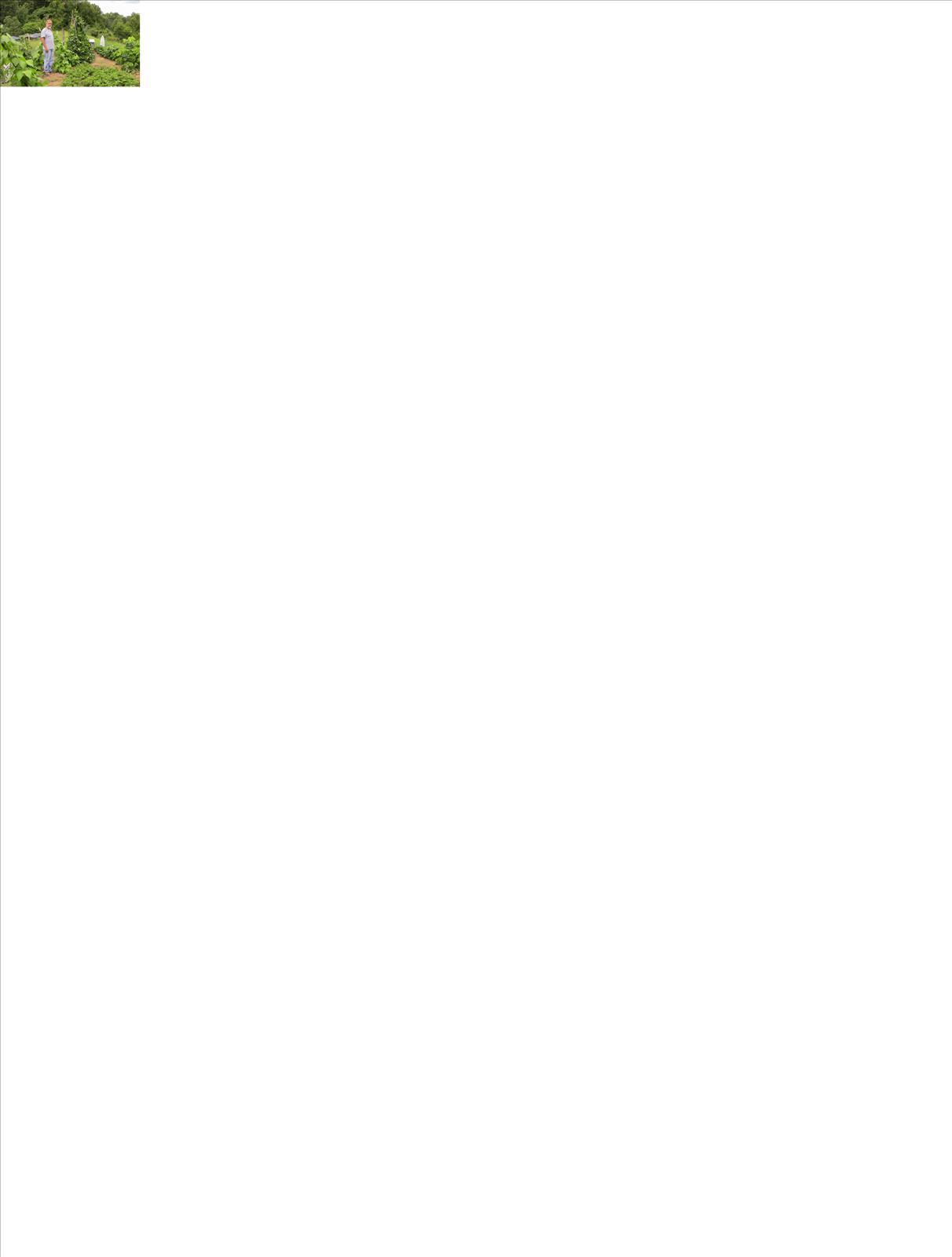 Thanks to Juanita and Wally and the Peacemakers a simple living community was formed near Spencer, West Virginia in the 1970's. The community still exists. Juanita profound influence in my life. Here is a link to Juanita's great war tax resistance story. http://www.nwtrcc.org/matter-of-freedom.php
Robin Wilson
March 14, 2015
Peace be with you, Juanita. Thank you for all your good work. Your legacy will continue to feed us, literally, for as long as the soil is rich. Blessings to your friends and family.
Sita Lang
March 12, 2015
Living the life she wanted to improve has always been a part of Juanita's lifestyle. She made a difference and we loved her for her commitment. As a cousin, aunt, in-law, we stayed in touch with her and thru her with each other. We will miss her from our family circle.
shirley & edward crosby
March 12, 2015 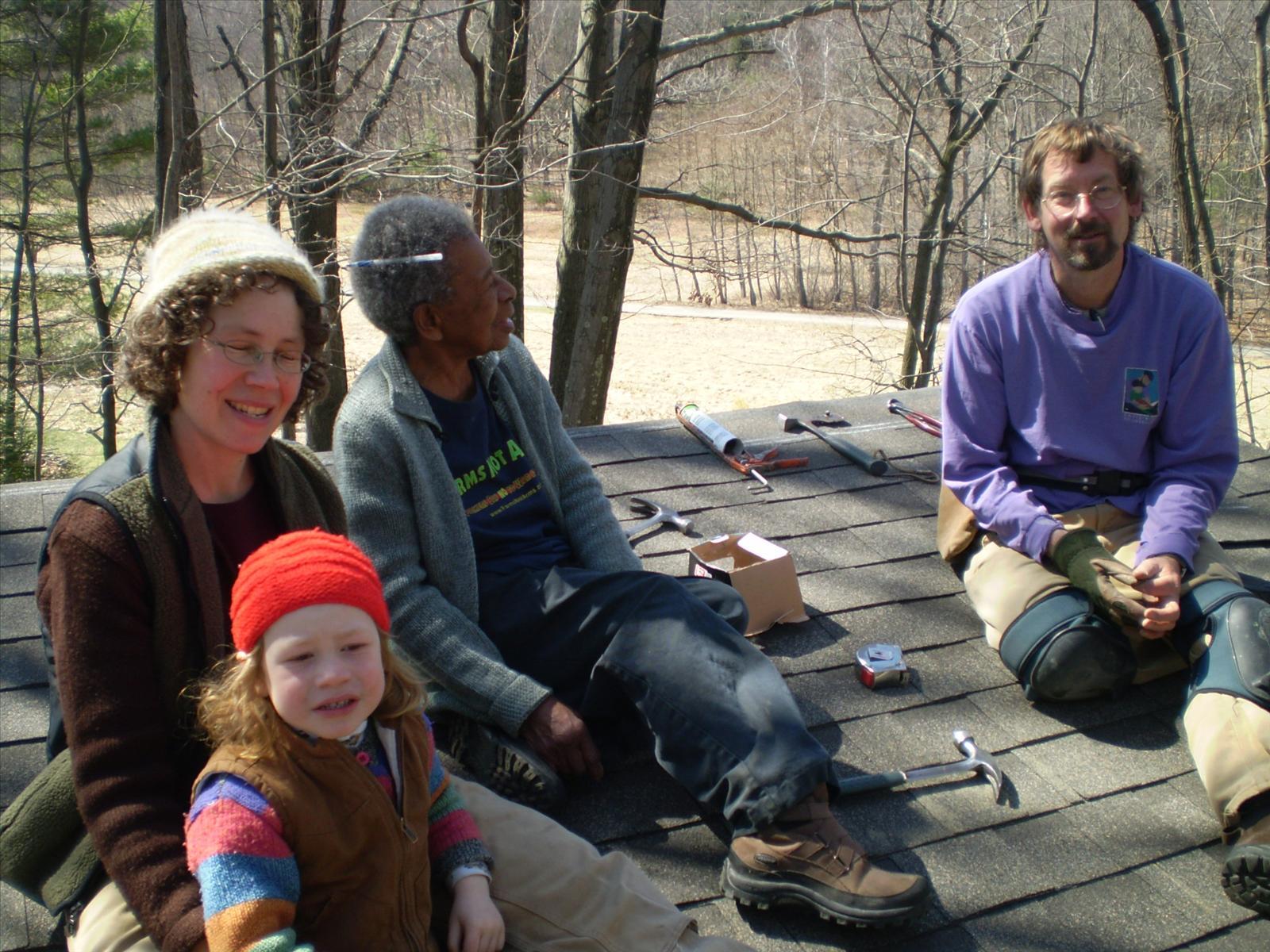 Juanita's humor, intelligence, commitment and compassion changed my life. I still read-and re-read her essay "A matter of freedom" http://www.nwtrcc.org/matter-of-freedom.php. I will always remember their garlic, Juanita and Wally dancing around the cabin-to Sweet Honey in the Rock on a Sunday morning; ginger ice-cream; cornbread; pie. They both exemplified what it means to be a human being; and to live true to your values. I am fortunate and grateful to know and be inspired by Juanita and Wally for decades. I bet Nita and Wally are dancing now. I am glad they are together again. The world needs more like them.
Lori Barg
March 11, 2015
I didn't know the Nelsons but I always found them to be inspiring characters. I remember them standing at the corner of Main and Conway many a year with signs saying, "Don't Pay War Taxes" which was a brave gesture in a little town like Greenfield.
Chris Devine
March 11, 2015
For Juanita, Family, and Relations,
I light a candle tonight for you and sing...
Such a lasting legacy for many generations to come, so many here learned and were inspired by you, that you live and breathe in us and through us. You will not be forgotten! Love and peace...
Beth MacDonald
March 10, 2015
Our heartfelt condolences to the family.Draw close to God and he will draw close to you during this period of bereavement. For a life well lived thank you for sharing her with us.
Wright
March 10, 2015
You have served well. Rest In Peace.
Agnes Shepperson
March 10, 2015
Please accept my deepest condolences. No matter our race or background, we all look forward to a world without prejudice when each of us will view others as our Creator does. Acts 10:34, 35
Shelly
March 10, 2015
Godspeed, Ms. Nelson. I read about you often in the newspaper while growing up in Greenfield and admired your sense of right and wrong.
Mary Harrington McLellan
March 10, 2015
Showing 1 - 16 of 16 results