leland, NC — Michael (Mike) Frank Milewski, 70, passed away peacefully and in his favorite chair at home on Wednesday, October 13, 2021, in Leland, NC. He had recently returned home from a joyous visit to New England with his wife Emily Silverman to attend his step-daughter's wedding.

Mike was born in Montague, MA on February 2, 1951, and grew up in Sunderland, MA, spending much of his youth enjoying the outdoors building snow forts and tree houses, skating, tobogganing, and camping.

He graduated from Frontier Regional High School in South Deerfield, MA in 1969 and immediately enlisted in the US Navy. He served on the USS Jonas Ingram out of Norfolk, VA. His tour of duty provided opportunities to visit Mediterranean countries and the Vatican.

After an honorable discharge from the Navy in 1973, Mike enrolled at Greenfield Community College and graduated from the University of Massachusetts Amherst earning a Bachelor of Science in Environmental Design in 1977.

When he returned to Western MA and lived in Belchertown and Amherst, Mike began a lifetime of contributions to his communities. A trained hike leader and member of the Appalachian Mountain Club, he belonged to a group of local hikers known as the "Western Massachusetts Mountain Men." For 25 years, the Mountain Men made annual Father's Day weekend treks to hike the White Mountains in New Hampshire. Naturally meticulous in planning, Mike was a lead organizer.

He retired in 2009 from the UMass W.E.B. Du Bois Library after 28 years in Special Collections and University Archives, and was recognized as an expert on campus history.

Mike married Emily Silverman in 2009 and they resided in Granby, MA, where he served on the Conservation Commission. After moving to Fearrington Village in Pittsboro, NC, in 2011, Mike was very active with the HOA, helping plan and execute many infrastructure improvement projects.

In 2018, they moved to Brunswick Forest in Leland, NC, where Mike loved meeting new neighbors when he was out walking the dog or riding his bike. He was intentional about making and keeping connections with neighbors, family, and friends, whether introducing himself and handing out his card, texting photos and updates, or staying in touch with frequent phone calls. He liked World War II movies, reading, and the wide open spaces of Southeast NC.

Andrews Mortuary in Wilmington, NC is in charge of arrangements. A memorial gathering will be held at 2:00 PM on Saturday, October 30, 2021, at Book & Plow Farm, 425 South East Street, Amherst, MA, where friends and family will gather to celebrate Mike's life.

Published by The Recorder on Oct. 22, 2021.
To plant trees in memory, please visit the Sympathy Store.
MEMORIAL EVENTS
Oct
30
Memorial Gathering
2:00p.m.
Book & Plow Farm
425 South East Street, Amherst, NC
Funeral services provided by:
ANDREWS MORTUARY & CREMATORY
MAKE A DONATION
MEMORIES & CONDOLENCES
28 Entries
Emily, I’m so saddened to hear about the sudden loss of your beloved husband Mike. I can’t begin to imagine how difficult this time is for you and your family. Please know that your MHC sisters are holding you close in our hearts. Lots of love. ❤
Erin Weant
Friend
November 6, 2021
Emily, my heart goes out to you and your family. Mike was a great guy, he was one of the first people I met on campus in 2003, and he was always so helpful and kind. This earth has lost a good soul too soon.
Carol Connare
Coworker
November 1, 2021 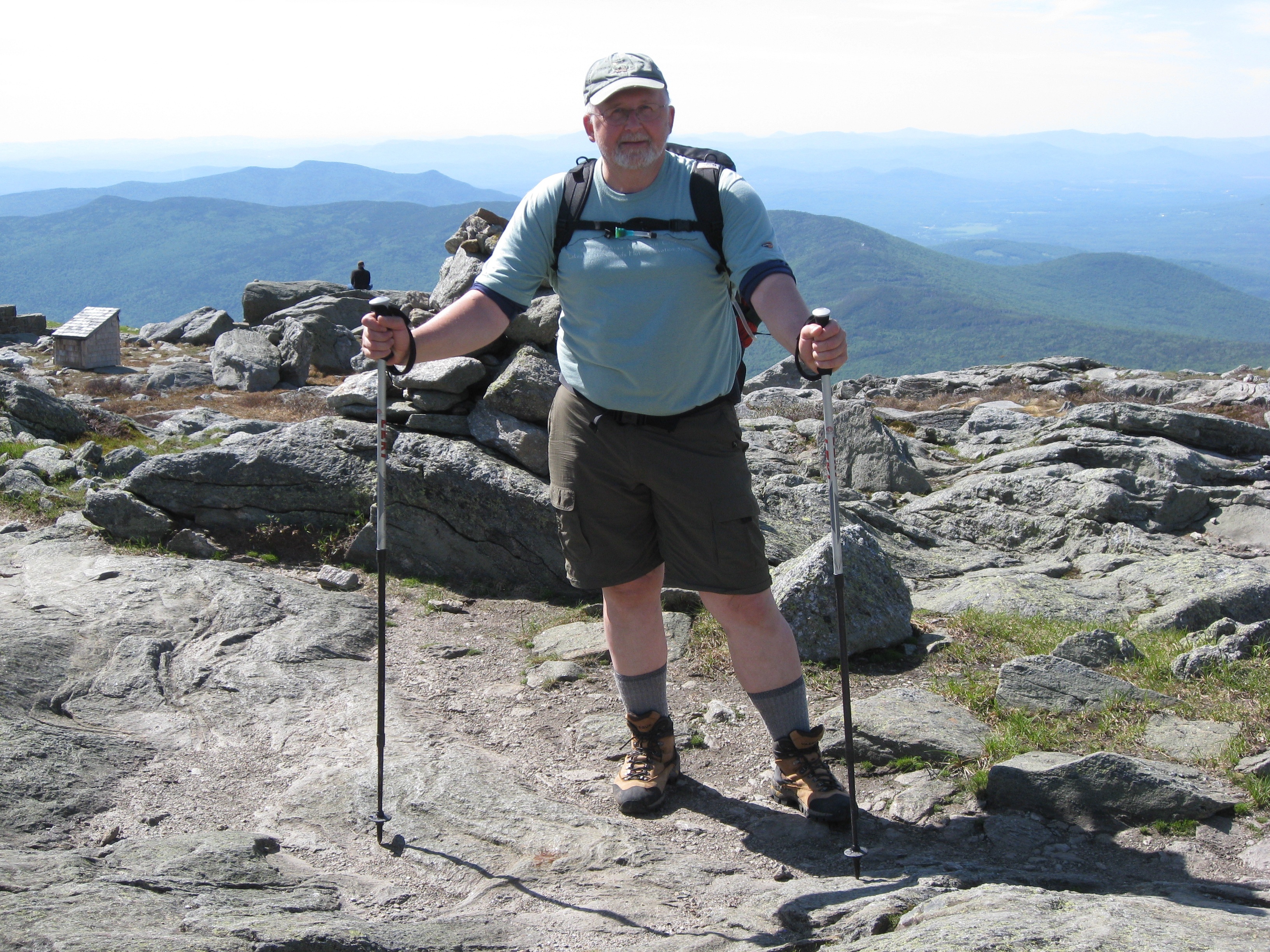 Mike was a great friend and hiking companion on our many WMMM hiking adventures. We all enjoyed his great heart and spirit, always giving and saying a kind word, not to mention his organizing skills from which we also all benefited. I cherish those WMMM memories and great times in Amherst. To Emily and all the Milewski extended family, please know you are in our thoughts and prayers.
Ned Woodbridge
Friend
October 28, 2021
Emily, I’m so sorry for your loss. Even though I didn’t really know Mike, he sounds like an amazing person. May your memories always be a blessing. Condolences to you and your families.
Jo Anne Rosenfeld
Friend
October 28, 2021
So sorry to see this sad news. Mike was a great colleague and I often called on him to find material for me in Special Collections at UMass. Gone too soon.
Helen Wise
Work
October 27, 2021
Emily, I'm sorry for your loss. Mike was a great co-worker, with a deep knowledge of UMass that can't be replaced. We still use the card file he dubbed his "Clue Factory" when we get a tricky question for the archives! I see from the obituary that he continued to give to his community, wherever he was. I'm sad that you didn't have more time together, but it's clear that his was a life well-lived.
Stephen Robinson
Work
October 26, 2021
So sad to hear of Mike´s passing. We didn´t know him well, but were always struck by his dedication to community and his friendly outgoing demeanor. He did such a great volunteer job of looking after community infrastructure here in Fearrington Village and loved to talk about what was needing attention and plans for the solution. He was a pillar of the community and it was no surprise to hear that he and Emily had continued in that way and established PORCH to help those in need. Our hearts go out to Emily and family for your loss and may the happy memories of Mike be with you always.
Eric And Fran Chetwynd
Friend
October 26, 2021
Emily, Mary and I are so sorry for Mike's passing and your loss. Mike worked so hard for Camden Park and accomplished so much for our community, as did you. I enjoyed knowing and working with him and was sorry when you moved away. Our memories of him will always be warm and positive. Our condolences and best wishes to you and his other friends and family. Mike Hancock
Mike Hancock
Friend
October 23, 2021
Oh, Emily. How sad that your time together was cut short. You both and each made a difference in your communities, beginning at the UMass Library. Mike always wanted to be helpful to staff and to the users. I see from the lovely obit that he continued to be so throughout his life. May you find comfort in continuing what you began together.
Linda Seidman
Work
October 22, 2021
Emily, I am so very sorry for you and your family’s great loss. What a heartfelt and touching remembrance that was written of him. He was truly a very special person. My condolences, thoughts and love to you.
Jeannie Johnson
Friend
October 22, 2021
I´m so sorry to read this ! Mike would come share break in the afternoon with Jan and I and we would catch up on all our kids which were little them . Mike was a special person and a good friend ! I was so happy he found happiness when he married Emily . Rest In Peace Mike !
Linda Kurowski
October 22, 2021
The obituary is amazing. I wish I had known Mike! My deep sympathy, Emily.
Sara Kiesler
October 22, 2021
Mike was a giver. His countless hours of volunteer work at Fearington Village , always without complaint, always with the greater good in mind, were both impressive and remarkable. An example of a life well lived and devoted to others. Heart goes out to Emily, and the rest of Mike’s family, on their loss.
Therese St Peter
Friend
October 22, 2021
Mary Ann and all of Mike's loved ones, I am so very sorry to learn of your loss.
Shari Strahan
Friend
October 22, 2021
Emily,
May your heart soon be filled with wonderful memories of joyful times together as you celebrate a life well lived. Our thoughts are with you, Janet & Jeff Meuwissen
Janet Meuwissen
Friend
October 22, 2021
Emily! I am so so sorry! Mike was such a great guy!!! Keeping you in my thoughts and prayers!!! oxoxoxox
Karen Markham
Friend
October 22, 2021
Very sorry for your loss Emily. Deepest condolences from Aaron and Rebecca Addison
October 22, 2021
Emily,
We are so sorry for your loss. In July I was hanging bunting on our porch for the holiday. Mike was driving by on his bike. The next thing I know he is up on the ladder helping me. After we sat down and talked about Navy, poker and other old guy stuff. A memory that I will always have. You both will be in our thoughts and prayers
Carol & Mike Weir
Neighbor
October 21, 2021
A very nice guy taken way too soon. Our deepest sympathy to Emily and family
Gerri Michaels
Neighbor
October 21, 2021
Hi Emily,

I'm sorry for your loss. Mike was a good guy. I remember he was helpful to me during my first-year transition to the Du Bois Library back in 2002. May his memory be a blessing.

Steve McGinty
Du Bois Library
Stephen McGinty
October 21, 2021
Emily,
Eddy and I were so sad to hear about Mike. You are in our thoughts and prayers.
Eddy Peggy Culpepper
Neighbor
October 21, 2021
I’m so very sorry for your loss, Emily. I didn’t get a chance to know Mike, but from reading his obituary I know the world has lost a loving and caring person. I hope the memories of the life you built together brings some comfort.
Trish Zemple
Acquaintance
October 21, 2021
My heart goes out to Emily and Mike family and friends He just a good person -Hugs
Mary Yokubaitis
Friend
October 21, 2021
Mike sounds like a wonderful man. I’m so sorry Emily. I’m sure you have many memories that I hope will help ease the pain of his passing. I know he will always be with you. Much love, Nancy
Nancy McCord
Family
October 21, 2021
My thoughts are with Michals wife, family and friends during the loss of a wonderful and accomplished man. I knew " Mickey " as a childhood friend from North Silver Lane in Sunderland. Our paths crossed several times and we would talk about the memories we shared. My heart goes out to his wife and family May u be comforted by your memories.
Patricia J, Scott
Friend
October 21, 2021
I only had the opportunity to meet him once and it was a delightful encounter...friendly, personable, gentle and very giving. A real loss to Emily, Whisper, his family and the community. My sincere sympathy.
Ruth Getz
Acquaintance
October 21, 2021
We first met Mike after Emily asked if we would like to be part of a food pantry collection program here at Brunswick Forest. We sat around a table to discuss how this new chapter of PORCH (which they belonged to in Chapel Hill, NC) could work in our neighborhood. He was so full of enthusiasm and clear focus of purpose for giving to others less fortunate than we. Every month he was at the pantry working tirelessly to unload cars and organize. Even though we were masked, I knew there was a smile under there! He will be missed so much, but I am sure he is in peace knowing that those of us in BF will be surrounding Emily with love and support. Sleep well my friend.
Doris Cardinale
Friend
October 21, 2021
We only had the opportunity to meet him once, and both felt that he was a lovely, warm person! We are very sorry to hear of his passing - hugs to Emily!
Dorrie Altman
Acquaintance
October 21, 2021
Showing 1 - 28 of 28 results