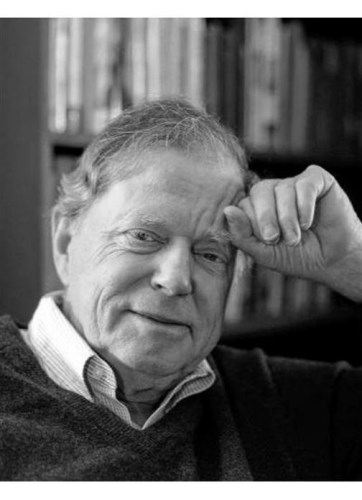 BORN
1940
DIED
2019
FUNERAL HOME
Ahearn Funeral Home
783 Bridge Road
Northampton, MA
Richard Todd, an editor and writer from Ashfield, died at the age of 78 on April 21, at Cooley Dickinson Hospital in Northampton, after a fall and complications from a recent return of the cancer he had kept at bay for nearly ten years. He died peacefully, with his wife and daughters by his side, after spending the day listening to readings from poetry, passages from books, and messages from old friends. He was a man of extraordinary intelligence, with a playful wit and uncommon humility. He was well loved.

Samuel Richard Todd Jr. was born on August 29, 1940, in Newburgh, New York, the only child of Miriam (Walsh) Todd and Samuel Richard Todd. As a young boy he lived with his mother, aunt, and cousin on his grandfather William Todd's farm while his father and uncle fought in World War II. This early experience with his grandfather began his long devotion to land and place.

He later moved to Park Ridge, IL, and then to Darien, CT, where he attended Darien High and edited the newspaper. The first in his family to go to college, he attended Amherst ('62), majoring in English and writing his senior thesis on Emily Dickinson. There, when he was nineteen, he met Susan Bagg, a Smith student ('63), following a poetry reading given by Susan's brother, Robert. After Todd's graduation, he worked at BBDO Advertising in New York City and then went to Palo Alto, CA, to study at Stanford University as a Wallace Stegner Fellow.

He and Susan eloped and were married at the Palo Alto Courthouse on November 9, 1964. They lived in Los Altos Hills in a repurposed water tower while he continued at Stanford and worked as a ghost writer, helping Virginia Satir with her first edition of Conjoint Family Therapy.

In 1966, when the couple returned to the East Coast, he published his first freelance article in Harper's: "Turned-on and super-sincere in California." In 1967, after their first daughter, Emily, was born, they moved to a third-floor walkup in Cambridge, MA, while he worked as an editor at Houghton Mifflin and later at The Atlantic Monthly. He contributed several articles to the New York Times Magazine, profiling the culture, and many central figures, of the sixties. He seemed to have had an uncanny sense of what was going to be the next big thing.

In 1972, while still at the Atlantic, he and Susan moved their two daughters (Maisie was born in 1971) to a farm in Westminster, Massachusetts, where they raised sheep, pigs, and chickens and grew acres of vegetables, which they sold at a roadside stand. Their third daughter, Nellie, was born in 1975.

After Todd became executive editor at the Atlantic, the family moved back to Boston in 1977, this time to a down-at-the-heels townhouse in Back Bay. There, he worked with many writers, including Tracy Kidder, James Fallows, Mark Kramer, and Ward Just. Thus began his decades-long partnership with Kidder, editing some of his early magazine articles and then The Soul of a New Machine, which won a Pulitzer Prize. He remained Kidder's editor and dear friend through the publication of ten books; an eleventh was in progress at the time of Todd's death.

In 1981 the family moved to an eighteenth-century Cape in Ashfield. He eventually left the Atlantic to establish his own imprint at Houghton Mifflin, where, in addition to Kidder, he edited Ann Patchett, James Conaway, Anthony Lake, Darcy Frey, Jonathan Hale, Alan Lelchuk, and Adrian Nicole LeBlanc, among others. He became a frequent contributor to New England Monthly, as well as Worth, Civilization, Conde Nast Traveler, and Preservation. As the editor of New England Monthly in its final year, he helped launch the careers of many young writers. He also began to teach classes at Amherst and Smith, and he joined the faculty of the MFA program at Goucher in Towson, MD, a position he relished. His students revered him.

Slowly, over time, he wrote his own work of nonfiction, The Thing Itself: On the Search for Authenticity (Riverhead, 2008), a book that is part memoir, part social commentary. Julia Keller of the Chicago Tribune called the book "a small masterpiece-and 'small' only because of its brevity, not its scope."

Throughout these years he continued as a book editor, working closely with many writers, including David Kessler, George Howe Colt, Suzannah Lessard, and Amy Goldstein. He was known for his minimalist scratchings-the squiggly line, the question mark, the straight line-and his ability to listen quietly, helping people figure out for themselves the book they wanted to write. At the end of his life he was still shepherding books into print, always seeing what others might not recognize. Lessard's book The Absent Hand: Reimagining the American Landscape (Counterpoint, 2019) was featured in the New York Times Book Review the day he died.

With Tracy Kidder he co-wrote a book titled Good Prose: The Art of Nonfiction (Random House, 2013), in which they reflected on what they had learned over the years. Although Todd specialized in nonfiction, he was an ardent reader of contemporary fiction, and would listen each night as Susan read from nineteenth-century novels. Trollope was his favorite.

He had a gift for friendship and was a generous host, throwing legendary parties in Cambridge, on the farm in Westminster, in Back Bay, and in Ashfield. He was known for his toasts, his deep affections and preferences, and his attention to the details and responsibilities of inviting people into his home. He loved the landscape of this region. He loved the view from the window of his study-the one that held a certain slant of light on a winter afternoon. Dedicated to preserving open space, he served as president of the board of the Franklin Land Trust. Despite deciding that he was unsuited for raising sheep and pigs, he was a committed vegetable gardener until the end of his life. He remembered his grandfather as he cultivated his own garden and taught his grandchildren as he had been taught, even as he endured an intense standoff with his woodchuck.

He leaves his beloved family: his wife of 54 years, Susan; his three daughters, Emily Todd (Liam Harte), Maisie Todd Wallick (James Wallick), and Nell Todd (Michael Beach); and six grandchildren, Tommy Harte, Jamie Harte, Penny Wallick, Charlie Wallick, Teddy Beach, and John Beach. In addition, he leaves behind his brother and sister-in-law, Robert and Mary Bagg, as well as cousins in New York, New Jersey, and Washington State. All of his family and many writers and friends will miss this wise, gentle, and kind man. 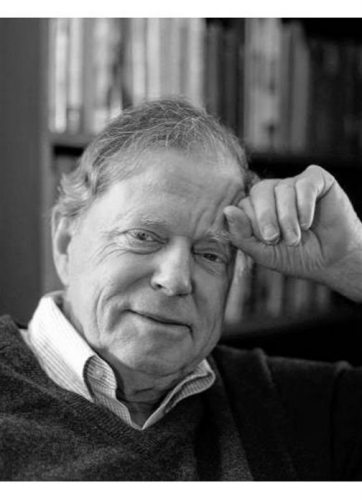 Published by Recorder on Apr. 25, 2019.
To plant trees in memory, please visit our Sympathy Store.
MEMORIAL EVENTS
May
31
Memorial service
1:00p.m.
St. John's Episcopal Church
Ashfield, MA
Funeral services provided by:
Ahearn Funeral Home
MAKE A DONATION
MEMORIES & CONDOLENCES
2 Entries
As you remember your love one, as God heals your broken hearts (Psalm 147:3), may your cherished memories continue to bring you peace, comfort, and strength to endure.
May 2, 2019
Tears flowed on learning of Dick's passing. My love and condolences to Susan and family
Jane Wagener
May 1, 2019
Showing 1 - 2 of 2 results