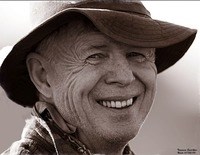 Renton, WA — Richard Arthur Wise, a native of Greenfield Massachusetts, died on Friday, July 23rd 2021. Richard was the only son of Leon Wise and Josephine Zlobl.

After a tour in the Air Force, Richard returned to the Greenfield area and graduated with a B.A. from U. Mass Amherst. Richard went on to work as a geophysicist for the USGS, where he retired after 29 years of service.

His hobbies of traveling and nature photography took him to over 40 countries and 6 continents. His was an avid fly fisherman, and enjoyed many a meal caught on a home tied fly and homemade rod.

He is survived by his three children: Kristal Southcotte, Jennie Larson, and Rich Wise.

Richard will be interred alongside his parents at Green River Cemetery in Greenfield.

Published by The Recorder on Oct. 9, 2021.
To plant trees in memory, please visit the Sympathy Store.
MEMORIAL EVENTS
To offer your sympathy during this difficult time, you can now have memorial trees planted in a National Forest in memory of your loved one.
MAKE A DONATION
MEMORIES & CONDOLENCES
1 Entry
I was so sorry to hear of Richard's passing. I tried calling him but.his phone was disconnected so I knew something was wrong. He was a good friend. I am happy that I was able to spend time with him while in was in Vero Beach. May he rest in peace. Kathy Pigg
Kathy Pigg Vero Beach FL
Friend
October 9, 2021
Showing 1 - 1 of 1 results