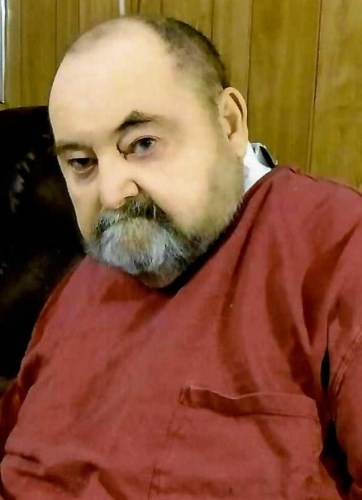 BORN
1946
DIED
2021
ABOUT
Deerfield Academy
FUNERAL HOME
Kostanski Funeral Home
220 Federal Street
Greenfield, MA
Robert B. Carson, 74, of Cheapside St. died Sunday (1-17-21) at home. He was born in Greenfield April 18, 1946, the son of Richard and Shirley (Hall) Carson. He attended local schools. Bob enlisted in the US Army and served his country from 1966 to 1974 attaining the rank of SP5.

He was the grounds supervisor for Deerfield Academy for over 20 years. Bob drove bus for the town of Greenfield for another 10 years. He was a very involved member of the former VFW Post 923 in Turners Falls for many years and was a collector of eagle items.

Services will be private and at the convenience of the family.

Memorial contributions may be made to the American Cancer Society 30 Speen St. Framingham, MA. 01701

Arrangements are under the direction of Kostanski Funeral Home.

Published by Recorder on Jan. 18, 2021.
To plant trees in memory, please visit the Sympathy Store.
MEMORIAL EVENTS
To offer your sympathy during this difficult time, you can now have memorial trees planted in a National Forest in memory of your loved one.
Funeral services provided by:
Kostanski Funeral Home
MAKE A DONATION
Please consider a donation as requested by the family.
MEMORIES & CONDOLENCES
1 Entry
We have fond memories of Bob. He was an amazing supervisor for the Grounds Department and contributed significantly to making the campus such a beautiful one. A kind man who will be missed. Our sympathy, Claudia Lyons and David Dickinson (former DA teachers)
Claudia Lyons and David Dickinson
Acquaintance
January 19, 2021
Showing 1 - 1 of 1 results