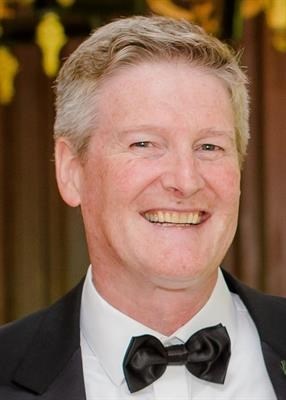 Bob was born in Springfield, MA on November 7, 1961 to Kenneth and Beverly Cook. He spent most of his childhood and teenage years in Amherst, MA where he grew up with one sister and eight brothers.

He graduated from Amherst Regional High School in 1979 and went on to earn his Bachelors of Science in Mechanical Engineering from the University of Massachusetts-Amherst in 1983. While in school, Bob joined the Amherst Fire Department and served the community as a captain of the call force as well as an EMT for more than 18 years.

Bob married Lynn Duby in 1984 and moved to Sunderland, MA in 1986 where together they raised their three children Chris, Scott, and Briana.

Bob had an industrious career as a software engineer, beginning his career at the Center for Intelligent Information Retrieval at UMass and then co-founding a company, which would later play a large part in developing the FBI's counter terrorism system.

At home he was a loving father as he coached, cheered, and supported all three of his children.

Bob enjoyed skiing with his friends and family, particularly at Mount Snow where he was a kids ski instructor. After fun times on the slopes he enjoyed good food and good beer with friends. Most recently Bob called Reston, VA home as he continued his work as a software engineer.

Friends and family are invited to calling hours from 4pm to 7pm on Friday, November 30th at Douglass Funeral Home in Amherst. A Liturgy of Christian Burial will take place on Saturday, December 1st at the Newman Catholic Center at UMass at 10am followed by a reception.

In lieu of flowers memorial donations may be made to Adaptive Sports at Mt. Snow, 39 Mt. Snow Rd, Mt. Snow, Vt 05356 {msadaptive.org}

Memorial register at www.douglassfuneral.com
Published by Recorder on Nov. 27, 2018.
To plant trees in memory, please visit the Sympathy Store.
MEMORIAL EVENTS
To offer your sympathy during this difficult time, you can now have memorial trees planted in a National Forest in memory of your loved one.
Funeral services provided by:
Douglass Funeral Home
MAKE A DONATION
MEMORIES & CONDOLENCES
0 Entries
Be the first to post a memory or condolences.