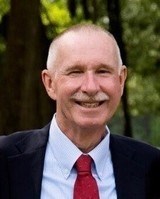 Plymouth, MA — Willard E. Plumley, Jr., 69, a resident of 7 Dorset Lane passed peacefully on Saturday, October 9, 2021 at home in the presence of his loving family following a courageous 15-year battle with multiple myeloma.

Bill was born in Greenfield, MA in February of 1952 to Margaret and Willard Plumley and was raised there. He graduated from Greenfield High School in 1970 and from Deerfield Academy in 1971. After spending two years at Springfield College, Bill enlisted in the United States Army where he worked as a missile crewman in Korea. In 1977 Bill graduated from the University of Massachusetts with a degree in accounting. He married his UMass classmate Jane Loudermilch in 1979 at St. Mary's of the Nativity church in Scituate, MA.

During his forty-year career as a CPA and consultant, Bill held various positions starting at Touch Ross & Co in Boston in 1977 as an auditor and ultimately becoming an independent financial advisor, retiring in 2015. Bill served as a member of the Board of Directors of the Florence Bank for seven years.

Bill was passionate about everything he pursued. His favorite activities included spending time with family and friends, coaching his daughters' softball teams, playing golf, fishing and enjoying a daily donut with his morning coffee. Bill was especially fond of the Country Club of Greenfield of which he was a member of for over 50 years. He was also a member of the Knights of Columbus Council 133 in Greenfield.

Besides his wife Jane, he leaves his daughters Sarah Kudelko and husband John of Hermitage, PA and Lauren Howe and husband Sam of Newburyport, MA. He also leaves two grandsons, Johnathan and Carson Kudelko.

Visiting hours will be held at the Kostanski Funeral Home 220 Federal St. in Greenfield from 4 to 6 pm on Friday, October 15, 2021.

A Memorial Mass will be held Saturday October 16, 2021 at 10:30am at Holy Trinity Church, 133 Main Street, Greenfield. Burial will be held at the convenience of the family.

Published by The Recorder on Oct. 14, 2021.
To plant trees in memory, please visit the Sympathy Store.
MEMORIAL EVENTS
Oct
15
Visitation
4:00p.m. - 6:00p.m.
Kostanski Funeral Home
220 Federal Street, Greenfield, MA
Oct
16
Memorial Mass
10:30a.m.
Holy Trinity Church
133 Main Street, Greenfield, MA
Funeral services provided by:
Kostanski Funeral Home
MAKE A DONATION
MEMORIES & CONDOLENCES
7 Entries
Jane, so sorry about Bill. We all spent a lot of time together. Barb and my prayers will be with you and your family.
Mike Fritz
October 25, 2021
Jane, Sarah, and Lauren. You are in my thoughts. May all of the memories you shared help you through this difficult time.
Rosemary (Jarvis) Astheimer
Friend
October 21, 2021
Jane, so sorry to read of Bill´s passing. Prayers to you and your family. Carol
Carol Moro
Other
October 19, 2021
So sorry to see Bill´s passing...he was a great guy in many ways & all of them included a winning smile while he made the world a better place! Love to you Jane & family!
Jean Simmons
Friend
October 14, 2021
I have so many great memories of growing up and our good times around the nieborhood. I'll always remember our G.H.S. golf matches and riding in the packed Ford stationwagon. Sorry for your loss. John
John Zaniewski
October 14, 2021
Dear Jane and Family, Thinking of you and your loss of Bill. Such a kind and lovely man. Take care, Jane, Ellen Villani
Ellen Villani
Other
October 14, 2021
Sorry to get the news of Willards passing. My brother and his wife kept me informed of his brave fight with his cancer. So tragic. I last saw him at my brother's house for a cookout. It was great to catch up with him and remember our time together at GHS. We will miss Willard's smile at our class reunion next summer. Mike and Robin Minott Welenc.
Mike Welenc
October 13, 2021
Showing 1 - 7 of 7 results